Prabhas and Shraddha Kapoor starrer Saaho is on a roll. The Hindi version of the Sujeeth directorial has crossed the Rs 100 crore mark at the box office. Meanwhile, the film’s worldwide gross collection stands at over Rs 350 crore.

The film might not have impressed the critics but it has surely drawn the crowd to theaters. Saaho was Prabhas’ first release after the monstrous success of Baahubali and his fans have made sure that the film fares well at the box office.

Follow all the latest updates about Prabhas starrer Saaho.

Shraddha Kapoor shares a 'thank you' for the overwhelming love

'Saaho is an awesome movie'

@VenkyGundemoni shared via Twitter, "#saaho is awesome movie...I'm saying this after watching second time 😅 You need 200% IQ to understand it's story, screenplay and sub plots. Watch it again if you didn't love the movie and felt boring during the first time. I'm sure you'll enjoy more during the second time."

'Our Darling is a once in a lifetime man'

@PrabhasfanSue wrote on Twitter, "It makes complete sense tht Prabhas would choose to do a movie like #Saaho. He’s an intelligent man & I guarantee he completely understood the script the 1st time he heard it. Our Darling is a once in a lifetime man with a once in a lifetime brain. You’re the best Prabhas Love 😘."

'Prabhas is the reigning superstar of India'

"Prabhas is the reigning superstar of India. Just compare the collections of the last two movies of Rajni, Shahruk and Salman, the figures speak for themselves.#Saaho #SaahoStorm," tweeted @sreenathcheru.

Shraddha Kapoor did some 'breathtaking action' in Saaho 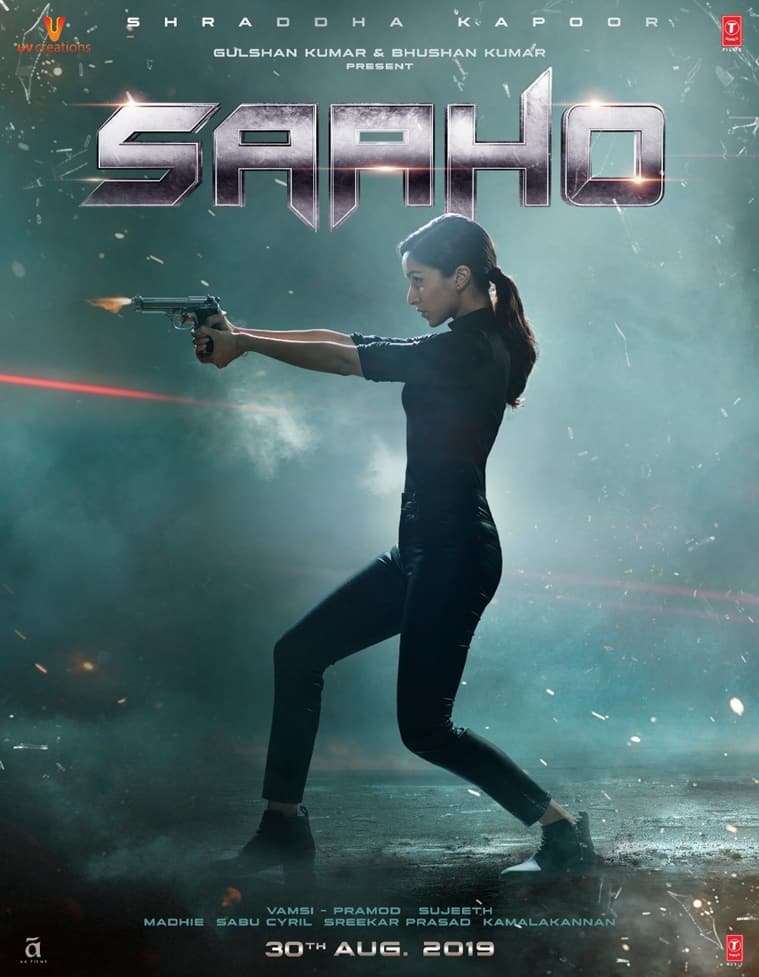 The cast of Sahoo 'did a great job'

"I watched #Saaho today one thing I can say it’s master movie until end, those who says there is no story or those critics giving bad reviews they don’t understand what’s action trailer movie , all cast did great job. Love from Finland," a fan @zabiali3 shared via Twitter.

Saaho is having a good run at the box office

@Sunnykesh posted on his Twitter page, "Dear #Prabhas fans don't give attention to paid critics. This is what they want. ATTENTION. Don't give them. Let #Saaho full run BO numbers answer these bigots!"

'Direction of the movie was super'

"I Just Watched @SaahoOfficial. Ignored The Fooled Critics Review Movie Was Osm And Directions Of Movie Was Super @arunvijayno1 acting super and prabhas work was amazing action sequence it very good thank you @UV_Creations to produce this Film Background Music was osm #Saaho," shared a fan @PawanSh500 on Twitter.

@PrabhasCrazy007 shared via Twitter, "When I was watching #Saaho movie ... Right after #Prabhas acting ... I totally fell in love with @arunvijayno1 .acting( when lal sir saying think like Roy son) .. ur gem man . Great future in Indian film industry."

A user @biggboss03 tweeted, "#Saaho Just finished my show. Movie is good. Brilliantly directed by the young guy @sujeethsign.BGM by @GhibranOfficial was a major highlight. #Prabhas pulled it off with his acting."

Rohit Jaiswal shared via Twitter, "Hard core reality is that #Prabhas is a big star, we all love him, and his next films will get same opening like Saaho, but #Saaho is a BAD film, some trade analyst and normal level critics are praising films to get RT & LIKES, inflating numbers to get attention, SAD REALITY.."

@MokaBhuvan wrote on her Twitter account, "#saaho I can confidently say that this level of depth and intelligent storytelling and screenplay has never come in an Indian movie, probably world cinema. Not always Hollywood and foreign movies are great. Now we have #Saaho as a strong answer. This should be accepted by all."

'Grateful to hear all your love towards the background score'

Composer Mohamaad Ghibran tweeted, "Thanks for the support towards #Saaho ! Thank you all for making it ‘a Humongous box office collection. Grateful to hear all your love towards the Background score."

WATCH: In conversation with Prabhas and Shraddha Kapoor
'Saaho is breaking records every day'

Journalist Joginder Tuteja had on Wednesday tweeted, "#Exclusive - #Saaho - Despite heavy rains, the film has held on well today. #EarlyEstimates - 7.50-8 crores. This is good actually after Tuesday drop."

The New York Times' Rachel Saltz wrote in her review, "The movie is crisply, sometimes stylishly shot (Madhie did the cinematography), but it’s too muddled to be slick and too lacking in charm to establish any emotional stakes. By the time Prabhas straps on a pair of metal wings, whooshing around the glass canyons of Waaji City to save his girlfriend, your credulity may have been strained to the point of flatlining."

The Indian Express' Shubhra Gupta gave Saaho 1.5 stars in her review and wrote, "Characters come and go, whizzing past us so fast that we never feel invested. Cars are blown up like there’s no tomorrow. Growling men show up with bazookas. A Roman-style arena, complete with a duel, is conjured up (don’t ask). Clearly, those responsible for the plot (what’s that) believe that if they throw everything at us, some of it will stick."

She added, "Prabhas is perfectly suited to throwing sharp things at tattooed guys built like trucks, and mowing down a phalanx of heavies without expending too much effort. And he does have an ability to underplay and be droll. What’s also nice is that his distinctly South Indian accent is not hidden in the dubbed version: our heroes are finally pan-Indian. When he is being easy and light are the only watchable moments in this mammoth enterprise."