Three movies with a similar amount of pre-release buzz hit theatres on Friday. One of them is Fanney Khan, perhaps the flashiest of them all. Fanney Khan sees the return of Aishwarya Rai Bachchan two years after her turn as an Urdu poetess Ae Dil Hai Mushkil. This Atul Manjrekar directorial also has Anil Kapoor and Aishwarya starring together in a film after 2000’s Hamara Dil Aapke Paas Hai.

The release of three films has affected the business of Fanney Khan as it managed to open at Rs 2.15 crore. Taran Adarsh tweeted, “#FanneyKhan has an extremely poor start… Fri ₹ 2.15 cr. India biz.”

Trade analyst Girish Johar had earlier predicted that Fanney Khan could Rs 2.5 crore on its first day. Whilst speaking to indianexpress.com, Johar said, “As of now, Fanney Khan is expected to lead on Friday. Since the film is packed with an ensemble cast including Anil Kapoor, Rajkummar Rao, Aishwarya Rai and Divya Dutta who all are a powerhouse of acting, it will attract more audience. It might open with a collection of Rs 2.5 crore on its first day.”

Fanney Khan received a negative review from The Indian Express film critic Shubhra Gupta. She said, “The gorgeous Rai essentially plays herself, with maybe one or two true-to-the-character moments. And Rao, who gets to share a lot of screen time with her, is never completely at ease around her, breaking out more with Kapoor, his co-worker, and partner-in-crime. The outmoded melodramatic treatment drowns even the most competent, including Girish Kulkarni as a sleazy talent manager who preys on unsuspecting young women, and Divya Dutta as Lata’s mother and Fanney’s faithful wife.”

If the audiences like the film and the word spreads, Fanney Khan has a bright future regardless of reviews, which are not very good. The collections will go up on Saturday and Sunday due to closed schools, colleges and offices. On Monday, the fate of Fanney Khan will be decided by the word-of-mouth promotion. 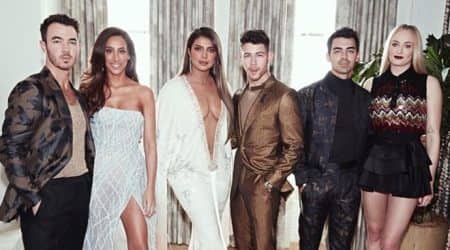 Grammys 2020 turn into a family affair for Priyanka Chopra