Dhadak box office collection day 6: Janhvi Kapoor and Ishaan Khatter's Dhadak has managed to mint a total of Rs 48.01 crore till now. The film is expected to cross the Rs 50 crore mark soon.

Janhvi Kapoor and Ishaan Khatter starrer Dhadak, which is a Bollywood remake of Marathi blockbuster Sairat, is all set to cross the Rs 50 crore mark. Despite the mixed reviews by critics, fans are still making a beeline for the theatres to watch Dhadak. The Shashank Khaitan directorial has managed to earn a total of Rs 48.01 crore till now.

The fresh chemistry of Ishaan and Janhvi is being praised by the audience. Talking about the success of Dhadak, Janhvi’s father and filmmaker Boney Kapoor recently said in a statement that he was somewhere sure that the film would do well. Happy with the success of his daughter’s debut film, Boney said, “I was somewhere sure it would do very well. I have told Janhvi to remain simple, honest, focused and hardworking as she has been so far.”

Apoorva Mehta, CEO, Dharma Productions, also expressed his happiness on the film’s success and said, “The movie, in just its 3-day-run at the box office, has set new benchmarks for newcomers. And, what is more heartening is the love these newcomers, Janhvi and Ishaan are getting from heartland India.”‘

Giving it one and a half stars, Indian Express film critic Subhra Gupta said in her review, “Barring a few patches, Dhadak has neither requisite drama nor authenticity. It underlines all its scenes with blaring background music, to tell us how to feel. It doesn’t work, not as an official copy of Sairat, nor as a standalone Bollywood romance. There is, I’m afraid, no ‘dhak dhak’ in this Dhadak.”

Follow all the latest updates about Dhadak, starring Janhvi Kapoor and Ishaan Khatter.

"I still think that I have long way to go. I don't think success of one film, even though it means the world to me, will change that perception. There are still lots more things that I need to do or I aspire to do to earn love, affection and acceptance from the audience but it's a stepping stone of my career," Janhvi Kapoor told reporters at Dhadak success meet. 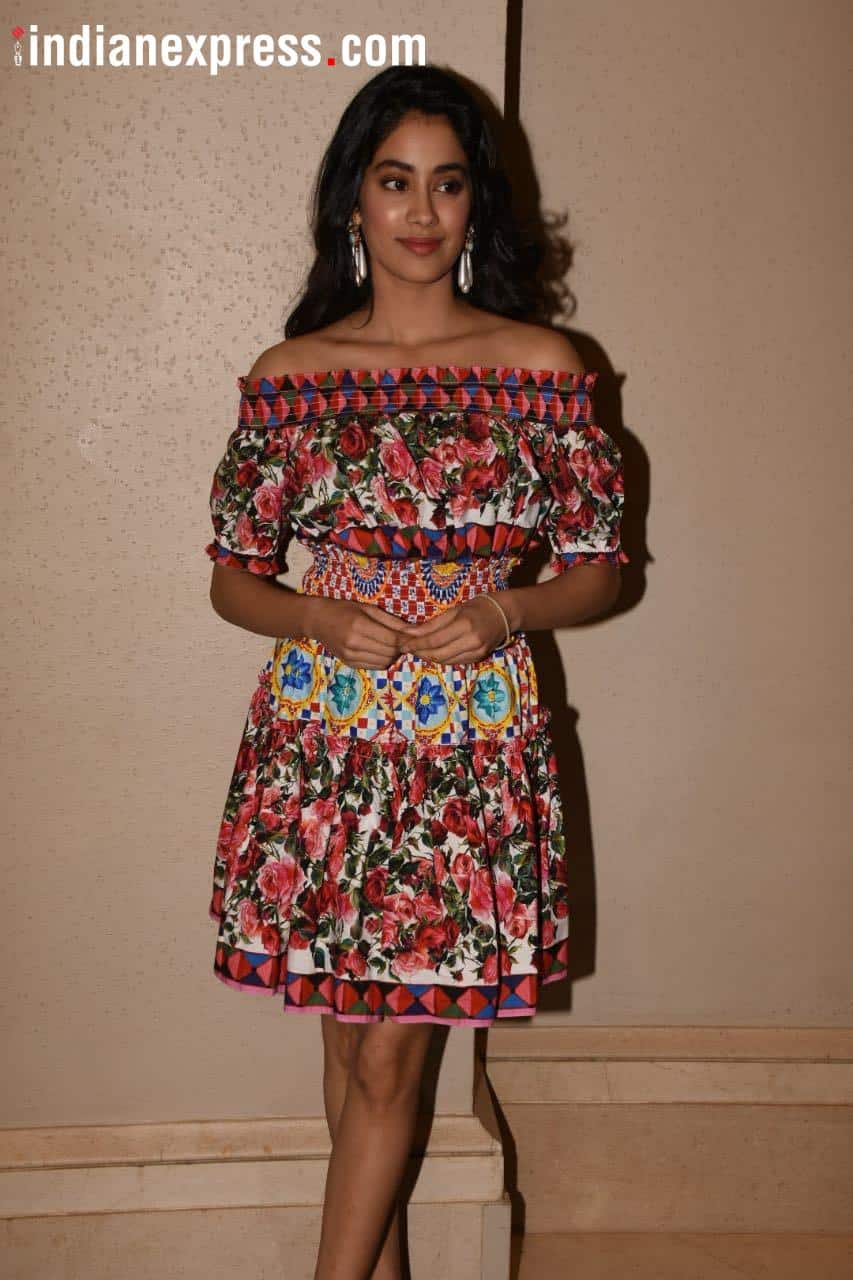 And here we are! The team of ‘Dhadak’. But this is not all. There are so many others who’ve put their love and labor into this film. Congratulations! And love to the newest @DharmaMovies kids on the block! @karanjohar @ZeeStudios_ #Anuragbedi #shariqpatel @ShashankKhaitan pic.twitter.com/iVQVoIPD9d

The vibe is more than happy at the #Dhadak success press conference as @karanjohar & @ShashankKhaitan have a little fun!😜 pic.twitter.com/ByyyKfUyw0

“It was I think the most wonderful forty four days of my working career. There was just so much love on set. There was so much love for these characters, for this story, for the context in which we are making the film. It was a great learning experience and I can’t trade that for anything else so I am just very grateful more than anything else," said Ishaan Khatter.

"We tried to give our own heartbeat to Sairat. Our box office has given us so much love. We would like to apologise if we have hurt anyone's sentiments," producer Karan Johar told reporters at Dhadak success meet.