Chhapaak is based on the life of acid attack survivor and social activist Laxmi Agarwal.

However, the film’s excellent reviews might help its overall collection.

In an interview with indianexpress.com, Deepika Padukone said, “I think emotionally we can prepare for a role. We can read and prepare. We can meet the person on whom the movie is based. However, what you go through emotionally between action and cut is something that you are never prepared for. You never know what to expect as you are reacting to the environment you are thrown into. You are reacting to your co-stars that you are engaging with. It is just spontaneous, and as long as you are being honest, you have a good film.”

Read all the updates about Deepika Padukone starrer Chhapaak.

“Just walk out theatre and watched Chhapaak movie. Speechless out of word to describe how I feel. What a BEAUTIFUL MOVIE! #Chhapaak #ChhapaakReview  thank you Deepika you did a fantastic playing the role. Sooo sooo proud of YOU,” tweeted user @samiratomford.

'Didn't feel the gravity of the issue'

A user, @surabhiprabhu8, took to Twitter to share, “#DeepikaPRBackfires #ChhapaakReview film really disappointed me, I couldn’t feel the gravity of the issue. Only in one scene where #DeepikaPadukone screams after acid is thrown on her that was impactful scream but shot very badly.Serious subject of #AcidAttack shot very casually.”

'Chhapaak trusts the raw emotions that move you'

User @ThePuccaCritic tweeted, “What Chhapaak does that hardly any Indian biopic has done before is that, in its treatment, it doesn't take itself seriously. Unhinges itself from all the manipulative trappings of a storytelling (though not always to its benefit), and trusts the raw emotions to move you.”

He further added, “The scene that moved me the most and broke me was the supermarket scene where Malti and another survivor casually talk about their surgeries and what they want out of it. It is this levity to the topic that is unseen, effective and most refreshing. #Chhappak.”

User @versatilefan shared on Twitter, “I wanted to take a picture of the title slate but when it finally was on the screen. I was a crying mess. #ChhapaakReview. @deepikapadukone kudos to you for doing this film and for lending such an honest performance as Malti. so pure and honest that it pierces your soul.”

“Watched #chhappak last night! kudos to @deepikapadukone @meghnagulzar and the whole team for such an intriguing watch! Loved the music and words penned by @gulzar sahab! The movie does what it promised, gave me hope :) #ChhapaakReview,” tweeted user @adbhuttt.

Chhapaak actors, Deepika Padukone and Vikrant Massey, visit the Bigg Boss and take the contestants out for a spin.

Nobody could have done this better than Deepika Padukone

A user, @mojitoandfrappe, tweeted, “Nobody could have done this role better than @deepikapadukone. Kudos.  #chhapaak."

“#Chhapaak interval - Revolutionary ! The hope that this movie will give to acid attack survivors is billion times larger than what movie will collect. And @deepikapadukone -You deserve respect and love of this whole nation for what you have done madam!! RESPECT AND SALUTE !!," tweeted user @itisprashanth.

'The most talented actor ever'

Mini Mathur shared on Twitter, "Saw #chhapaak last night! It burnt a hole through my heart. @meghnagulzar has made a brave film on a hard hitting reality & @deepikapadukone .. you have proved beyond doubt that you have heart, soul & compassion! The most talented actor & producer ever! Please go watch the film" 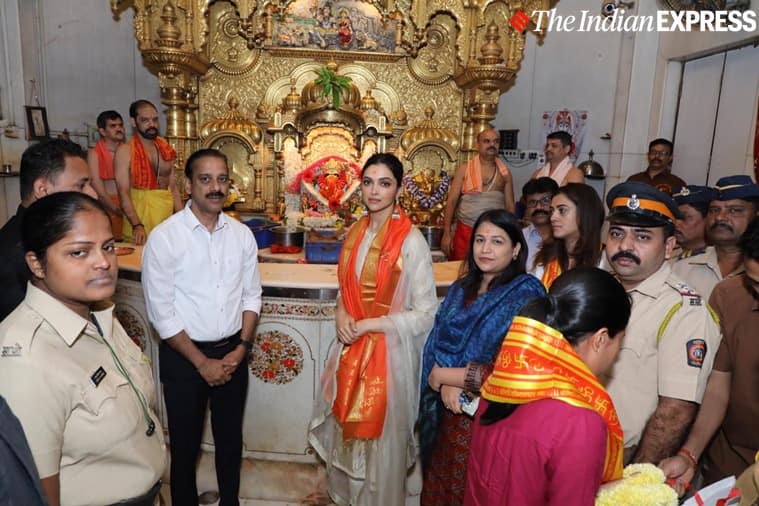 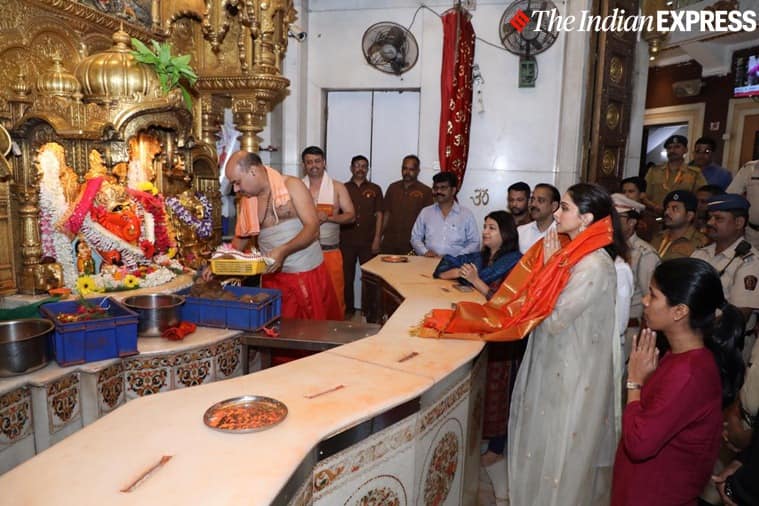 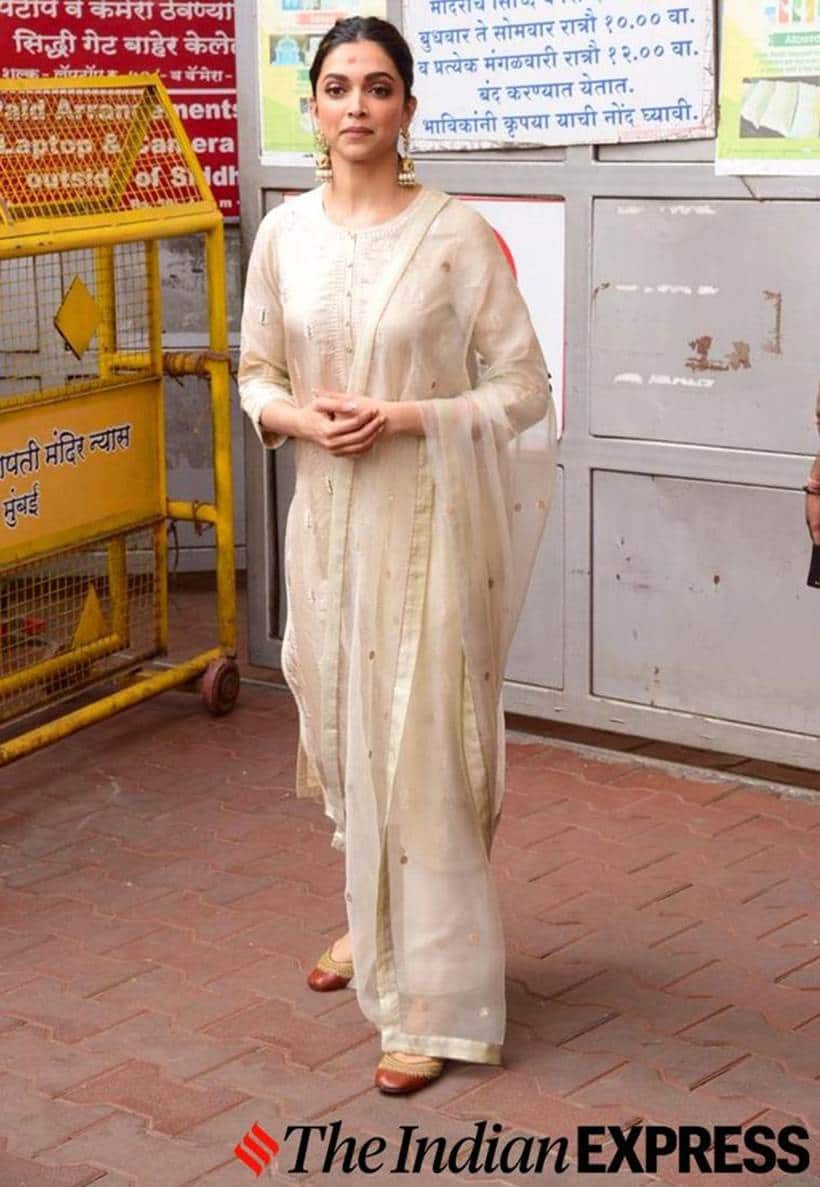 Delhi HC directs makers of Chhapaak to give credit to lawyer

The Delhi High Court Friday asked the producer and director of the Deepika Padukone-starrer Chhapaak why they have not acknowledged the lawyer of acid attack survivor Laxmi Agarwal, on whose life the movie is based, for the inputs she shared with them. The producer and director of the film, released in theatres Friday, contended before Justice Prathiba M Singh that Laxmi’s advocate Aparna Bhat had no legal right, statutory or contractual, to seek acknowledgment for her contribution in the film in the form of consultation, inputs and documents.

Deepika Padukone talks about the common thread between her and Laxmi

Deepika Padukone told indianexpress.com, "Lakshmi and I have been through something that has impacted our lives in a big way. Of course, you cannot compare depression and acid violence. But both can be equally traumatic but in very different ways. How we have come out of it stronger, how we have chosen to not let it affect us, how we have chosen to make it something positive and impact people’s lives, I feel that is the common thread between the two of us."

Read More | I do not know any other way than just being authentic and honest: Chhapaak actor Deepika Padukone

Actor-filmmaker Arbaaz Khan watched Chhapaak and tweeted, "#Chhapaak is not just a brilliant film by Meghna Gulzar but a heart wrenching and inspiring story of Laxmi Agarwal , a woman who had the courage, dignity and strength to fight against all odds and bring to book her perpetrators. Well done team #Chhapaak."

Chhapaak a glowing gem in your repertoire: Ranveer to Deepika

In a lengthy Instagram post, Ranveer Singh called Deepika Padukone the soul of the Meghna Gulzar-directed movie, which is based on the story of acid attack survivor and activist Laxmi Agarwal.

Meghna, your film gives the audience hope and courage. It shows you the best and worst of humanity in a kaleidoscopic cinematic spectrum. It elucidates a subject that we’ve only ever heard of but never really fully understood. It offers a definitive and insightful deep-dive into the horrific gamut of acid violence. The story shakes you to your core and then lifts you heroically until your emotions soar. Talvar, Raazi and now Chhapaak..may I say “Bravo!” And “Encore!” ❤️ My baby. I’ve witnessed you toil relentlessly to create this special piece of work. You’ve been an engine behind the project, and are the soul of the film. This is the most important instalment in your body of work. You laboured with such honesty in intent and action. You dug deep and fought through your challenges, faced your fears, overcame your struggles and today you and your team stand triumphant as the creators of one of the films of our times. Your performance is way more than everything I thought it could and would be. It’s moved me, stirred me and stayed with me. You blended strength with vulnerability and lent dignity to an immensely complex portrayal in such a fine manner that I’m simply awestruck at your craft. Its staggering and astonishing what you’ve achieved with Malti. A glowing gem in your repertoire. I love you baby. I’ve never been more proud of you. @deepikapadukone #chhapaak

Ajay Devgn spoke about the Twitter war between Tanhaji and Chhapaak and told PTI, "Who is doing the war? I don’t think there is any war. People put their opinion and we should not take it seriously. Both films have good subjects and I hope both the films do well."

Indian Express' film critic Shubhra Gupta in her 3.5 star review of Chhapaak wrote, "You look at Deepika Padukone, so far away from the dressed-up, made-up parts she’s done till now, and acknowledge an actor who wants to break out of her safe zone, to actually inhabit someone else’s skin even if it’s burnt. Yes, it’s worthy, but it’s also very watchable."

'One of the best movies in Indian cinema'

"#Chhapaak [4.5/5] : One of the best movies made in Indian cinema, in the subject of violence against women..@deepikapadukone delivers an award winning performance..Nothing over the top.. Very subtle..It takes lot of courage to act in a movie with a disfigured face.." tweeted Ramesh Bala.

The Indian Express film critic Shubhra Gupta gave Chhapaak 3.5 stars and wrote, "If the star had played it like a vanity project, there would have been no film. But Chhapaak scores because she comes through with a solid, realised performance. It is not just putting the focus on the ravaged-skin-with a missing ear-and-nostril, but reflecting a mix of pain, anger, resignation, and finally, arriving at some kind of resolution."

She added, "You look at Padukone, so far away from the dressed-up, made-up parts she’s done till now, and acknowledge an actor who wants to break out of her safe zone, to actually inhabit someone else’s skin even if it’s burnt. Yes, it’s worthy, but it’s also very watchable."