Bombay to Goa: The film that changed the trajectory of Amitabh Bachchan’s career, put him on Salim-Javed’s radar

The best thing to come out of Mehmood's Bombay to Goa was Amitabh Bachchan finding his foot in the film industry and landing Zanjeer. 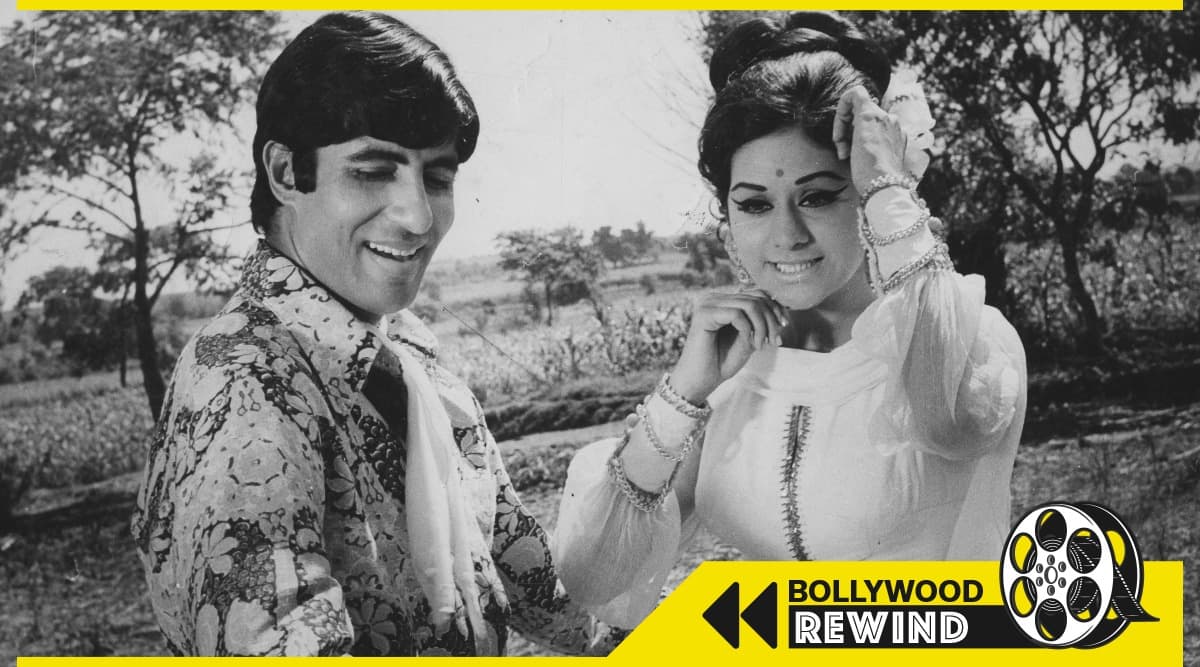 Amitabh Bachchan and Aruna Irani in 1972's Bombay to Goa.

When Bombay to Goa released in 1972, it was not an Amitabh Bachchan or Shatrughan Sinha film. In fact, it was a Mehmood comedy where the audience came in expecting to be entertained for a couple of hours and if they got something more out of it, that was just a bonus. It is famously known that Salim-Javed found their angry young man Vijay in Amitabh Bachchan after they saw this Mehmood-S Ramanathan co-directed film and in 2022, it can be safely said that the best thing to come out of this film was definitely the discovery of Bachchan.

For those who have never seen Bombay to Goa, the film follows a wealthy woman named Mala, played by Aruna Irani, who wants to be a film star. A scheming villain, played by Shatrughan Sinha, finds his way into her life so he can scam her but finds himself challenged by another admirer, played by Amitabh Bachchan. Somehow, Mala ends up on a bus to Goa and the audience meets an eccentric set of characters led by Mehmood. The shenanigans on the bus, which are mostly unrelated to the core storyline, form most of the film here.

Mehmood in Bombay to Goa. (Photo: Express Archives)
Also Read |When Amitabh Bachchan refused Mr India as he wouldn’t be seen in the film, became a cause of Salim-Javed’s split

The plot here is wafer-thin and the gigantic comedic detours that the film takes are completely disjointed but from watching a lot of comedies that were popular in this era, it seems like this was a rather popular trend. Here, the plot is paused to present a comedic skit, even when it contributes nothing to the larger story. Mehmood was known for his comic chops so he played to his strengths but it is hard to believe that this style of comedy would actually work in 2022.

Bombay to Goa found a significant place in the history of 1970s cinema mainly because of its music by RD Burman, and the hit song ‘Dekha Na Haaye Re’. Amitabh Bachchan lip-syncing to Kishore Kumar’s voice and dancing in a pink floral shirt was a rather unusual sight for those who remembered him as the grieving, intense Babumoshai from Anand. But this film gave him a chance to show all his sides – comedy, action, romance, and a good dose of drama. It was towards the end of this film that Amitabh engages in a massive fight scene and in his blog, he had once credited the chewing gum in his mouth during the action sequence for getting him the role in Zanjeer, which eventually changed his life. He said that for Salim-Javed, it was an “indicator that I would be the right choice for Zanjeer.”

In a conversation with Shekhar Suman on Movers and Shakers, Mehmood had recalled that Amitabh was in tears before shooting the now-famous song. He recalled that Big B had a high fever on the day of the shoot and when Mehmood went to see him, he was crying and told him, “Mujhse nahi hoga dance. Main nahi kar sakunga (I won’t be able to dance).” Mehmood consoled him and said, “Maine kaha dekho, jo aadmi chal sakta hai na, voh dance bhi kar sakta hai (I said one who can walk, can also dance).” They resumed the shoot the next day as Mehmood instructed everyone on the set to cheer Amitabh, no matter how the shot went because he believed that an actor’s confidence rests on the praise he is getting. Even though the first shot was less than okay, the applause boosted Amitabh’s confidence and he performed the rest of the song like a star.

Bombay to Goa isn’t the kind of film that demands your complete attention as it has no layers to discover. But it is evident why a comedy like this, starring Mehmood, would have worked in the early 1970s, considering he was the star who brought the audience to the ticket windows.

Good Night Oppy movie review: Amazon’s tearjerker is one of the best biopics of the year; it just happens to be about a robot