When Guru Dutt made a film that labeled feminists as vamps

Starring Guru Dutt, Madhubala, Lalita Pawar, Dutt's Mr and Mrs 55 is a problematic film that believes that women should stick to their household chores for society to run smoothly. 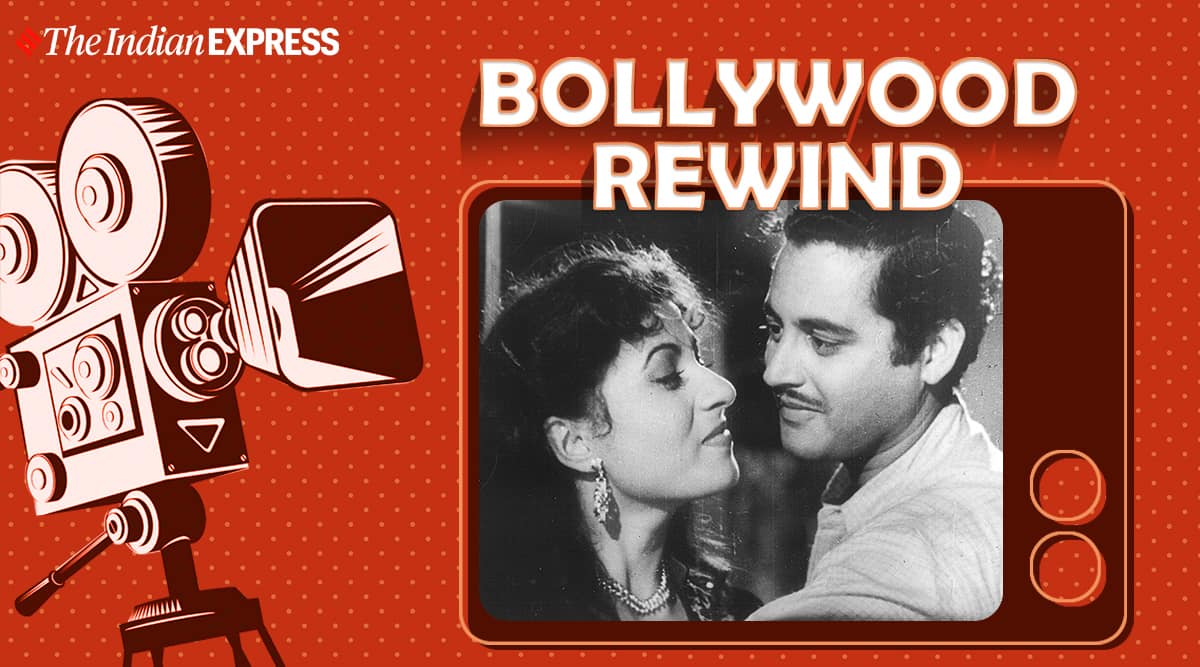 In this weekly column, we revisit gems from the golden years of Hindi cinema. This week, we revisit the 1955 release Mr and Mrs 55.

When Amy March in Greta Gerwig’s Little Women talks about marriage being an economic proposition, you realise why women in that era had to get married to affluent men. Their society did not allow them to have agency of their life and thus, being married was their only option. While Amy knew that embracing a life as a married woman was her only choice, Madhubala’s Anita in Mr and Mrs 55 is just keen to get married and be a ‘grahini’ because that’s what an ‘adarsh bhartiya naari’ is supposed to do, even when she is shown a better way.

Starring Madhubala, Guru Dutt and Lalita Pawar in pivotal roles, Dutt’s 1955 film paints feminism as the curse from the western world that’s corrupting women’s minds and distracting them from their ‘duty’ of serving their husbands and making babies. The film opens with Madhubala’s Anita who has come into a huge fortune but will only get access to that money if she gets married the next month. Her aunt Seeta Devi (Lalita Pawar), who is fighting for women’s rights, calls this arrangement lunatic. She believes that with Anita becoming an heiress, depending on a man for a living is not required anymore as she can truly live however she wants. But Anita is a traditionalist who falls in love at the drop of a hat and doesn’t care about her large fortune. Anita is torn between feminist ideals of her aunt and the society’s demands of being a housewife.

Seeta Devi unanimously decides to marry Anita off to Preetam (Guru Dutt), an unemployed cartoonist, but under the condition that he would divorce her when she demands it. Preetam also gets a monthly stipend for staying married to Anita but amidst all the chaos, they fall in love and, of course, Preetam refuses to divorce her.

Mr and Mrs 55 is presented as a romantic comedy where Seeta Devi is the vamp in their love story when all she wants is that women should not be subservient to men. Written by Abrar Alvi, the film forces the audience to believe that the virtue of a woman lies in taking care of the household and obeying her husband, and anything apart from that would never give her the ‘sukh’ of being married.

For the most part of the film, Anita and Preetam’s love story is going through a ‘will they-won’t they’ arc as she is torn between the world of her aunt, that promises to fight for women’s liberty vs the world of Preetam, where women are associated with domesticity. When Anita visits Preetam’s house, we meet his bhabhi who has had 3 children in a span of four years. Anita questions if this has impacted her health but the bhabhi proudly says that this is nature and equates it with blessings from God. The shocker comes when Anita asks her if her husband beats her, to which the bhabhi says ‘It’s all his way of showing love’ and compares it to getting a small pebble mixed up in foodgrains. She ends it all with ‘Ghar grihasti hi toh aurat ka kartavya hai’. And Anita, shockingly, is wooed by this charade.

Mr and Mrs 55 leaves you shocked in its understanding of gender roles and while that might have not bothered the audience of 1955, it leaves you cringing in 2021. The film is very direct in placing a woman beneath a man in a marital relationship and takes pride in degrading feminist opinions. In an argument towards the end of the film, Pawar’s Seeta Devi explicitly says that women have confused dependency with happiness and calls the ‘ghulami’ of an ‘adarsh naari’ nothing less than jail, to which Madhubala responds with a rant about ‘bhartiya sanskriti.’ Mr and Mrs 55 openly states that women with feminist ideas don’t have a value system. The film is another example of how generations of women have been gaslit into believing that their life is no good if there is no husband, or children.

Watching Mr and Mrs 55 in 2021 is just a reminder of how generations of women have been conditioned into believing that speaking up for their rights, or for anything that makes them equal to a man, makes them a vamp.