Biggest film or best script, no midway for me: Kareena Kapoor

Kareena Kapoor is said to have refused six scripts lately. She is keen to do a few but fantastic films as there's never a "middle way" for her. 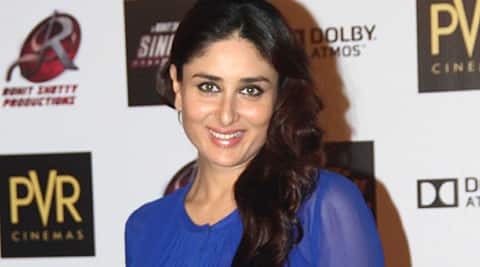 “Take the best, leave the rest” seems to be Kareena Kapoor’s mantra for choosing films. The actress, who is said to have refused six scripts lately, says she is keen to do a few but fantastic films as there’s never a “middle way” for her.

“If the scripts were good, I would have definitely said ‘yes’. A few scripts work for some actresses, a few scripts don’t work. But, yes, my job is to choose the best script,” Kareena told IANS in an interview here.

The 34-year-old, who married actor-producer Saif Ali Khan in 2012, said: “After marriage, I want to do only one or two films at a time. I can’t do too many films. That’s my personal decision and I want people to respect that.

“Whatever I will chose it would be according to my time frame. It should be worthy enough that I leave my home and go to work. Either it should be the biggest film of the year or it should have the best script. There is no middle way out for me at the moment.”

Wouldn’t turning down offers affect her personal equation with celebrities?

“I don’t think it affects relationships at all. It’s (a film is) an actor’s choice and one film can’t affect a relationship. In fact, if you say ‘no’ to somebody, there are chances that they will come back. After all, it’s a film! If you are not comfortable, it’s okay,” said the actress, who will now be seen in “Singham Returns”.

Kareena, who belongs to the famous Kapoor family of Hindi cinema, started her Bollywood career in 2000 with J.P. Dutta’s “Refugee”. She made space in the industry with entertainers like “Ajnabee”, “Kabhi Khushi Kabhie Gham…”, “Chameli”, “Aitraaz”, “Omkara”, “Don”, “Jab We Met”, “Tashan”, “Golmaal Returns”, “Kurbaan”, “3 Idiots”, “Bodyguard”, “Ra.One”, “Talaash: The Answer Lies Within” and “Satyagraha”.

The actress is clear about what she wants.

In fact, on an episode of celebrity chat show “Koffee With Karan”, filmmaker Anurag Kashyap advised Kareena: “Don’t ask who is in the film; you should ask what is the film.” She is taking it seriously.

“I am taking his advice and that’s why I am rejecting scripts because I am choosing films on the basis of scripts,” Kareena said.

She, however, feels the Hindi film industry suffers from a lack of good scriptwriters.

“People should write good scripts. I definitely feel there is a lack of scriptwriters…a lot of people don’t get a chance. Probably, there are good writers who don’t get a chance; so I am listening to everybody – from small to big. I am meeting everybody – whoever has a good script,” said the actress, who is the daughter of veteran actors Randhir Kapoor and Babita.

Kareena is yet to be a mother, but while there has been a lot of hullabaloo over whether there should be a “no pregnancy” clause for actresses when they sign a contract with Bollywood studios or not, she has a point to make.

She feels if Indian filmmakers are aping the West, they should also include insurance of an actor while drafting the agreement papers.

“I think it’s (‘no pregnancy’ clause is) fine by me. If it’s there, it doesn’t matter, but I think we try to ape foreign. It’s just because in the west they have no pregnancy clause, even we want to do it.

“But in the west, they insure an actor for a million dollars, but here we are not bothered about insuring the actors,” said the outspoken actress.

“If they want to put a ‘no pregnancy clause’ they should insure the actors also,” she added.

OilMin wants Reliance Industries to sell gas at $4.2; $6-6.5 price for others