Bachchhan Paandey trailer: Akshay Kumar returns to the big screen after Sooryavanshi with his action comedy. 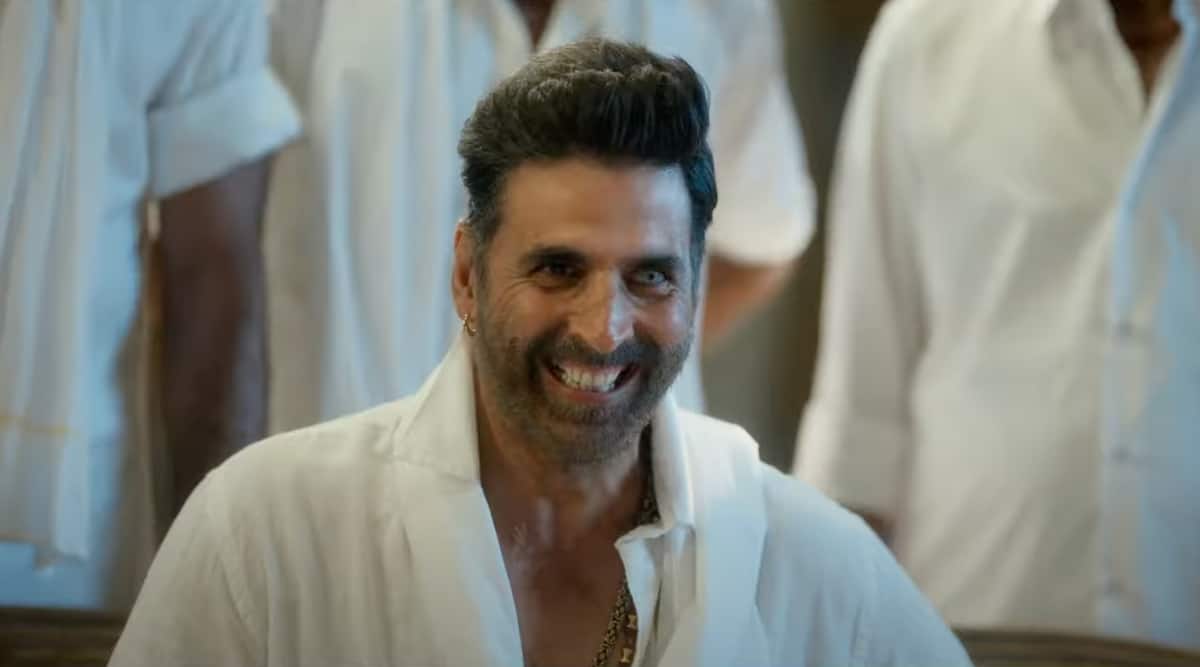 The trailer for Akshay Kumar-starrer Bachchhan Paandey is out and it looks like a gory-but-supposedly-comedic film set in the hinterland of the country. Here, Akshay plays a gangster named Bachchhan Paandey and Kriti Sanon plays a filmmaker named Myra, who lands at his doorstep to interview him for her next project.

The three-minute trailer feels like it was made by a lesser Rohit Shetty as it unsuccessfully tries to compress comedy and action into a capsule. The film’s nod to Arshad Warsi’s Circuit from the Munna Bhai series is probably the only thing that is worth acknowledging here. The trailer sharply switches from blood-soaked hammers to Sanjay Mishra’s character being projected as funny because he stammers. Really? Are we still not past that brand of comedy?

Not just Rohit Shetty’s films, you will also be reminded of the Nana Patekar track from Welcome, in which he ventures out to become an actor. The Bachchhan Paandey trailer looks like if someone made a violent film with the lesser jokes. The film also stars Arshad Warsi, Sanjay Mishra, Jacqueline Fernandez, Prateik Babbar and Pankaj Tripathi, among others.

In Premium |Kapoor And Sons explored the suffocating depths of human relationships, unlike Gehraiyaan that remained on the surface

Directed by Farhad Samji, who has previously directed Housefull 4, the web series Booo Sabki Phategi and Baby Come Naa, Bachchhan Paandey is scheduled for a theatrical release on March 18. Apart from this, Akshay is looking forward to the release of Prithviraj, Raksha Bandhan, Ram Setu, OMG 2 and Gorkha.