Bala marks the third outing for Ayushmann Khurrana and Bhumi Pednekar, who have previously worked in Dum Laga Ke Haisha and Shubh Mangal Saavdhan together.

Ayushmann Khurrana and Bhumi Pednekar in a still from Shubh Mangal Savdhan.

After Stree, director Amar Kaushik’s next film Bala is also set in a small town and revolves around a prematurely balding man and a woman facing prejudice because of her skin colour.

“Our film is set in Kanpur. I come from small town and I develop characters from reality, the situations are from real life,” Kaushik told PTI.

Bala marks the third outing for Ayushmann and Bhumi, who have previously worked in Dum Laga Ke Haisha and Shubh Mangal Saavdhan.

“We felt Ayushmann and Bhumi were apt for this film. They have worked together on two films that highlighted social issues, taboo. Having them with us we are hopeful there will be a connect. People love to see such stories,” Kaushik said.

“Dinesh Vijan (producer) had the idea and I was working on the film as a creative-director but later I got attached to it and felt I should direct it.”

The film will go on floors in the next 10-15 days. Besides this film, Kaushik says there are plan to make the sequel of Stree.

“It will happen next year. We have some ideas for ‘Stree 2’. However, we are not in a hurry to make it. The expectations are high on ‘Stree 2’ so we want to give our best shot,” he says.

Stree 2 will have the same cast and crew including Raj and DK (writer and producer of the film Raj Nidimoru and Krishna DK) Shraddha Kapoor and Pankaj Tripathi. 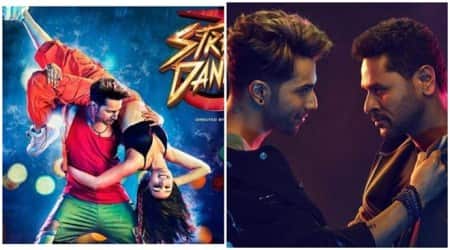