Anushka Sharma and Virat Kohli are currently holidaying near Italy. The Bollywood actor shared the first photo from their honeymoon from the snowcapped mountains of Europe. Virushka tied the knot in Tuscany. 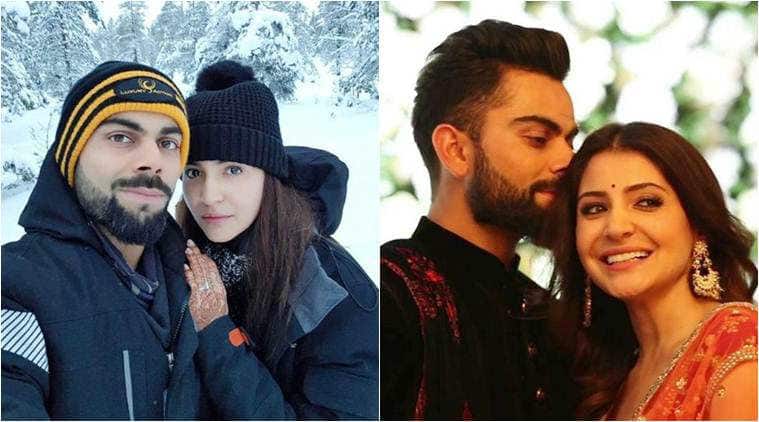 Anushka Sharma and Virat Kolhi’s wedding in Italy on December 11 left the nation thrilled. And even before fans came to terms with the news about this oh-so-adorable nuptial, Virushka did something that made us go awww. The Bollywood actor, who has never really opened up about Virat, finally posted the first photo from her ongoing honeymoon on her Instagram handle, and it truly makes up for our wait to know what’s happening in the lives of the newlyweds.

Anushka, who is currently holidaying near Italy with Virat, shared a click from the snowcapped mountains of Europe. Decked in their woollens and standing close to each other, Virushka look completely adorable. While we cannot miss Anushka’s bridal mehendi, Virat’s eyes speak volumes about their love. Anushka wrote, “In heaven , literally 😇😍” and we know what she means. Yes, we can feel that love too!

Anushka and Virat, earlier in the day, also posted a thank you note for their wedding planners Shaadi Squad. “The people responsible for making the most memorable occasion of our lives peaceful and beyond beautiful 🙏 – our lovely wedding planners @shaadisquad” they wrote.

Anushka and Virat tied the knot in a hush-hush wedding in Tuscany, Italy on Monday in the presence of close family and friends. They later officially announced it through Twitter leaving the entire nation shocked and thrilled. While their families have returned to India, the two are still holidaying in Europe.