Anushka Sharma and Virat Kohli were seen leaving with their daughter Vamika for England. The couple were seen at the airport with other members of the Indian cricket team and their family members. 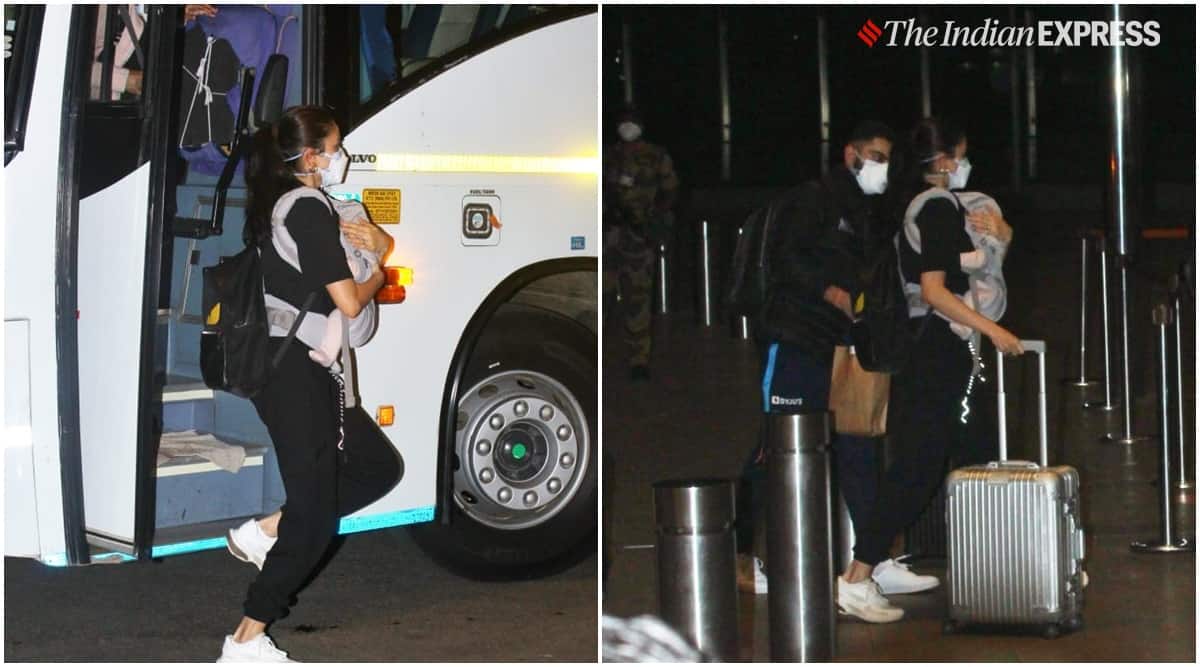 Actor Anushka Sharma and husband, cricketer Virat Kohli were clicked with their daughter Vamika at the Mumbai airport on Wednesday night as the Indian cricket team left for England for the World Test Championship series.

Vamika was covered from head to toe and was presumably fast asleep in her mother’s arms. The Indian skipper was also seen walking alongside Anushka and his daughter as they headed towards the airport gate. It certainly looked like Anushka was taking extra care to not expose her daughter to the media glare as she carefully kept her cradled in her arms throughout.

Along with the men’s team and their family members, Indian women’s cricket team were also present at the airport as they are also playing in the UK.

Earlier, while chatting with fans during an Instagram live, Virat Kohli had shared the couple’s decision to not share Vamika’s pictures on social media when one fan asked the meaning of Vamika’s name and if everyone could have a glimpse at the pair’s bundle of joy. Virat politely declined the said fan’s requests and elaborated further by stating, “No we have decided as a couple to not expose our child to social media before she has an understanding of what social media is and can make her own choice.”

Virat had also opened up about the experience of fatherhood in interviews before. The Indian skipper had mentioned how the ride has been life-changing in many ways. “It’s been life changing. It has been a connect which has been different from anything that both of us have experienced before. Just to see your child smile, it can’t be put in words. I can’t express how it feels from within. It’s just been such a blessed and amazing period.”

Virat Kohli and Anushka Sharma tied the knot in December 2017. They welcomed Vamika in their lives in January 2021. Anushka has not signed an acting project after the 2018 film Zero but has produced a number of originals in the past few years.

The promise and pressures of Deb Haaland, the first Native American cabinet secretary