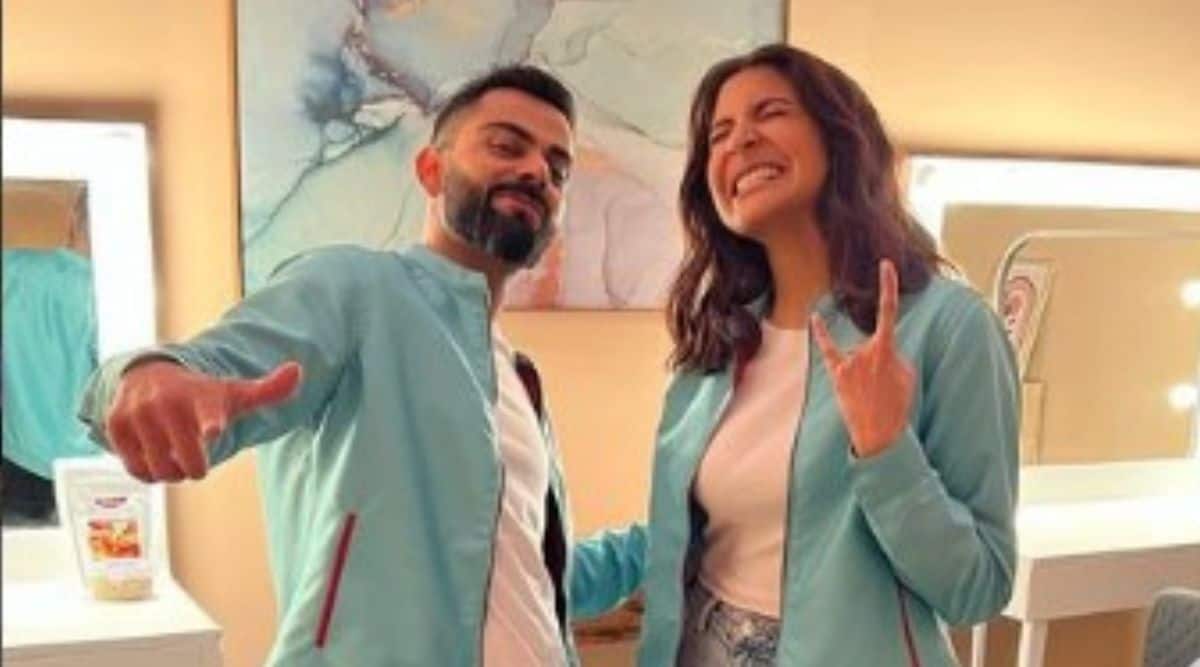 Bollywood actor-producer Anushka Sharma took to Instagram and dedicated a special post for husband, cricketer Virat Kohli after his spectacular performance in today’s India vs Pakistan match. Anushka posted a picture of Virat from the match and called him a ‘wonderful man’. Team India’s four-wicket win against Pakistan had Anushka dancing and screaming wildly in her room.

Sharing the photo, the actor wrote, “You have brought sooooo much joy in peoples lives tonight and that too on the eve of Diwali! You are a wonderful wonderful man my love. Your grit, determination and belief is mind boggling !! I have just watched the best match of my life I can say and although our daughter is too small to understand why her mother was dancing around and screaming wildly in the room, one day she will understand that her dad played his best innings that night which followed after a phase that was tough on him but he came out of it stronger and wiser than ever before! So proud of you !! Your strength is contagious and you my love, are LIMITLESS!! Love you forever and through thick and thin.”

Preity took her excitement to Twitter and said that her heart was beating like crazy while watching the game. She also wished a Happy Diwali to the men in blue.

OMG ! This game tonight 🤩 Had my heart beating like crazy. What a fantastic win by the boys in blue 💙 Wow @imVkohli Love your spirit & Wow to the entire team 💃 Happy Diwali to all the smiling faces out there 🤗🎁❤️ #INDvsPAK2022 #WorldCup2022 #HappyDiwali #ting pic.twitter.com/1dpLtYByun

SS Rajamouli was all praise for Virat Kohli and called him, “King Kohli.”

Sarath Kumar wrote, “What an stupendous victory, bringing in the diwali with such happiness,well done team india, like I said “VIRAT” you have proved how to play under total stress @imVkohli.” Arjun Rampal said that team India’s win was the best Diwali gift and wrote, “India India 🇮🇳 🇮🇳 India 🇮🇳 India 🇮🇳 @imVkohli take a bow, a champion innings #HappyDiwali everyone the best Diwali gift, what a match, #INDvsPAK2022 always a thriller when it comes to these two. @cricketworldcup ,kudos to team india.”