Anubhav Sinha: Sex is just one of the emotions in ‘Zid’

Anubhav Sinha says 'Zid' is a young love story with a thriller narrative that also boasts of some good sensuality. 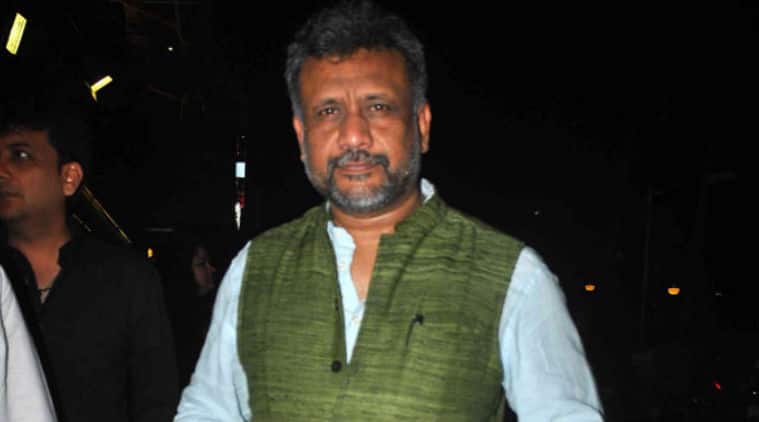 Anubhav Sinha: Zid was always designed to be a film with newcomers.

‘Zid’ releases tomorrow and while one looks forward to the bold content expected to play on screen, filmmaker Anubhav Sinha maintains that at the core of it, this is a young love story with a thriller narrative that also boasts of some good sensuality quotient. Even as the promos featuring Mannara, Karanvir and Shraddha are striking with songs rising up the charts as well, the cast and the crew insist that there are quite a few twists, turns, surprises and shocks in store for the audience.

Is ‘Zid’ going to be a game changer for films belonging to bold-musical-thriller genre? It seems like a paradigm shift is in the offering here.
Not really, because if you look at it, Tum Bin and Dus were also paradigm shift. Later Ra.One was a paradigm shift. See, Zid is directed by someone else, not me. Every frame has been shot by another director; I am in it mainly as a producer. As a director also I would love to make a film like this.

Didn’t you feel though that due to the bold nature of the film, it would make quite a few actors apprehensive about being uninhibited in front of the camera?
See, first and foremost, Zid was always designed to be a film with newcomers. You need a good actress who is comfortable with her body. Today’s kids are very comfortable with their body. They spend so much time working on their bodies while going to gym, they are into dieting, they are so food conscious. Your thought could have held water 5-8 years back but not now; it is not a valid question anymore.

How did you put the cast in place?
It is a very simple and structured process these days. You hire a casting director and he starts screen testing. As a filmmaker you start short-listing in your head. This process happened in the director’s mind and then he liked Mannara, Karanvir and Shraddha. I and Mushtaq looked at them and we too were fine with the choices; that’s it.

Mannara and Shraddha come across as quite opposite of each other.
They are two very different characters and for that you need different people. In Mannara and Shraddha, the director saw his characters. Shraddha plays an equally important part as Mannara. Of course latter is more in news due to her being Priyanka’s (Chopra) sister.

Both the girls seem to be meeting the requirement of going bold quite confidently.
You know what, at the core of it, Zid is a thriller. It lingers in the space of whodunit. It is about three people who are in a passionate relationship. Obviously when you are in the thick of things, it is inevitable that you would find a passionate physical moment in there. You see it there. It is such a fluid and natural moment of personal space of these characters. I don’t think the actresses looked at it in any different way. The film is not an item song. These are the characters going through various emotions and one such emotion happens to be sex.

Meanwhile music seems to be an integral part of your films since Tum Bin.
Yes. Also, over the years, a lot of friends, composers and directors have consulted me on music in the past. For Zid, as a producer I had a say in finalizing it. I created 10-11 songs with the composers. We played them to the director and these are the ones that he picked.

Rain seems to be a constant companion in every frame of Zid.
I always saw this film in the beautiful grey of Goa during monsoon. The script is such that the coldness of grey is very fascinating. It rains in the entire film from frame one to last frame. We had to shoot it during monsoons. Ironically though, when we wanted rain in a particular shot, it never rained; otherwise it would be raining all the time. We had to use the rain equipment all the time.