This week's 'First of Many' features Annu Kapoor. In the 22nd edition of our exclusive series, the Dream Girl actor talks about his first film project, director Shyam Benegal's Mandi which released in 1983. 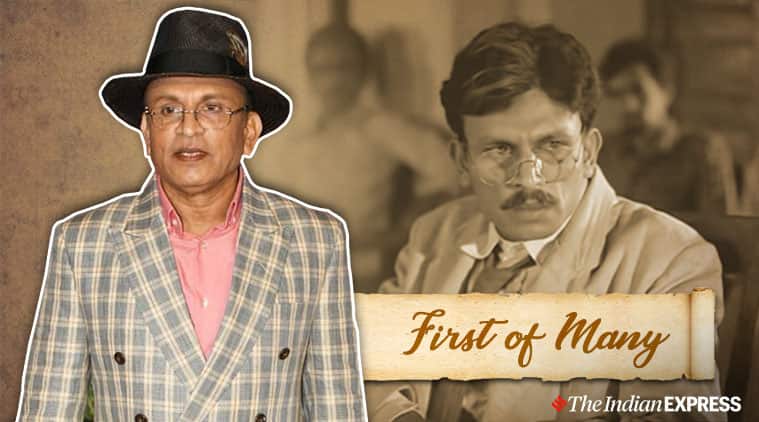 Annu Kapoor is one actor who can take the entertainment quotient of any movie several notches higher. He can be trusted with walking away with major spotlight despite the presence of the most popular actors in the same frame.

After being a part of the business for over three decades, Kapoor has delivered remarkable performances in films like Utsav, Mr India, Vicky Donor, 7 Khoon Maaf, Aitraaz, Jolly LLB 2 and the recent hit Dream Girl. To call him the unsung hero of all his films won’t be wrong.

His TV show Antakshari from the 90s can still make the millennials nostalgic, and his radio show Suhaana Safar With Annu Kapoor continues to attract listeners.

A self-proclaimed accidental actor, Annu Kapoor shares about his acting debut, Shyam Benegal directorial Mandi (1983). Here’s how he landed his first film and what he remembers of the classic movie.

1. What was your first acting project? How did the project come to you?

My first film was Mandi directed by Shyam Benegal. He saw me in a play called Ek Ruka Hua Faisla, which was made into a film later by Basu Chatterjee. Benegal was looking to cast someone for a small role, to play a doctor in the red light area. He thought of me, a boy from Delhi who would suit the part and called for me. Pankaj Kapur informed me that I was being considered for the role there and asked me to write a letter to Shyam Benegal, which I did. I would remain so grateful to Benegal that he replied back to an actor who was a nobody. Now this was a coincidence, that in the month of June, I found a message from Prakash Jha that my brother Ranjit Kapoor is calling me to Mumbai. So 37 years back, on June 29, 1982, I reached Mumbai, did a play with Om Puri, met Shyam Benegal in the midst of all this and gave an audition to Girish Karnad. That’s how I got this film.

2. What do you remember of your first day on set?

The first day is very important. I remember it was September 2, 1982 in Moula-Ali near Hyderabad. I’ll remain indebted to our director Shyam Benegal, Shabana Azmi and last but not the least, late Amrish Puri, that despite being such huge stars, they kept me in a comfort zone. Today, Amrish Puri might not be around with us, but I remember one instance. When he saw that my shoe is looking new instead of aged and used as per requirement, he picked the shoe of a nobody actor, who was just starting off, and with his own hands, scratched it using a stone to make it look aged. How can I forget that novel gesture by a senior and a great actor like Amrish ji.

When I was rehearsing, Shyam ji called everyone including Shabana Azmi, I don’t remember whether he called Smita Patil or not, he told everyone to look at my rehearsal. My first shot was with Ila Arun. I’ll never forget that. 3. Were you nervous? How many retakes did you take?

I don’t remember that. I was concentrating on my shot. And for an actor, it is important to have an inherent nervousness inside you so that he/she remains on-guard. That anxiety is a must, it should be a must thing for a performer. Your adrenaline should shoot. That’s very important.

4. And who were your co-stars? How was the rapport with them when you got to meet or work with them again later?

I did two Shyam Benegal films with Shabana Azmi. Then with Smita Patil, I did one Benegal film and one of Satyajit Ray. I’m a person who regards everyone, until my self-respect is not crushed. If anyone crushes that, then there’s an issue.

5. If given a chance to go back to your debut role, what’s that one thing you’d like to change or do better?

If I get a chance to go back, I won’t begin my career with a comedy role. The industry tagged me as a comedian which doesn’t match with my real self. I am a very serious person in reality. So for the past 37 years, I’m trying to carry forward that unmatched thing with me (laughs). 99 percent of the work that I’ve done has nothing to do with the real person that I am. You are making a serious man like me do comedy and I am doing it because I need to keep my kitchen running.

6. One film or role that inspired you to become an actor?

I became an actor by default. I wanted to get into IAS. I had a brilliant academic career. If my parents had money, I would’ve become an IAS officer. I never wanted to become an actor. But now that I’m here, there’s no problem. 37 years have passed and by the time I realised I’m a very bad actor and unfit for this industry, it was very late. I couldn’t go anywhere else (laughs).

(With inputs from Komal RJ Panchal)

Survey to ascertain demand for construction of houses for poor has covered 270 slums: Delhi govt