Amitabh Bachchan took to his blog and shared new pictures of his residence Jalsa. 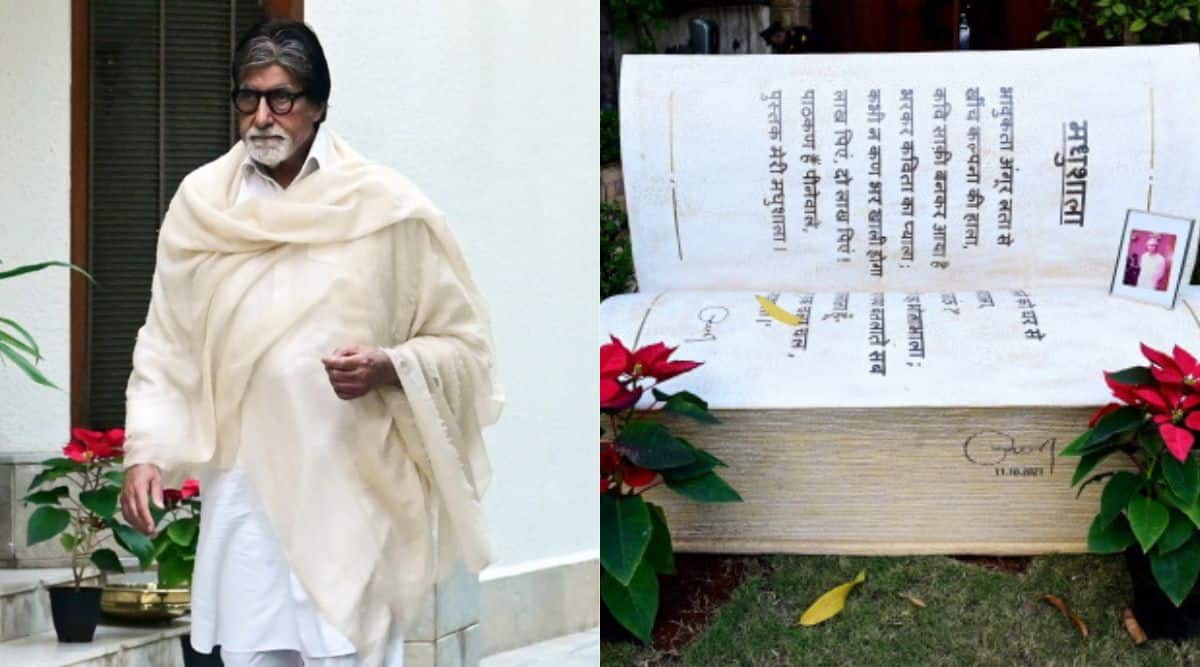 Veteran actor Amitabh Bachchan remembered his late father Harivansh Rai Bachchan and gave a glimpse of a new bench made in his honour. Amitabh took to his blog and posted a picture of a bench in the shape of a book and revealed that it was made in Poland. The actor said that the bench was installed today at his residence Jalsa. Amitabh wrote in his blog, “A bench made of stone in Wroclaw, Poland in the shape of a book – Madhushala .. intricate and most uniquely done .. weighs a ton .. brought from Poland, through the kind offices of the Counsel general India in Wroclaw, Shri Kartikeya Johri, who worked assiduously in putting up the elf statue of Babuji in Wroclaw, a stamp in his honour and now has worked on opening a Research Centre for the study of modern Hindi literature in the name of Babuji – Harivansh Rai Bachchan, Research Institute.”

He further wrote, “and in the remember of Babuji, how auspicious to have that bench installed today in our lawns at Jalsa..in his arms and mind and body do I sublimate myself .. in prayer in devotion in selfless immersion..” 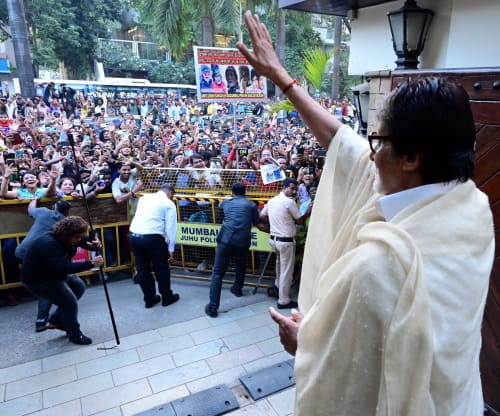 Amitabh Bachchan also gave a sneak peek into his Sunday routine where he meets his fans stationed outside his home. He also introduced Counsel General Kartikeya Johri, who was present at his house. “My gratitude as ever for the well wishers on Sunday at the gates of Jalsa .. standing behind me is the Counsel General Kartikeya Johri, who organised the bench to be brought,” the actor wrote.

On the work front, Amitabh Bachchan was recently seen in the adventure movie Uunchai.

Rajinikanth dubs for Baba, film likely to get worldwide re-release