Goodbye, directed by Vikas Bahl, is touted as a slice of life film that centeres around a funeral. Apart from Amitabh Bachchan and Rashmika Mandanna, the film also stars TV actor Shivin Narang and Pavail Gulati. 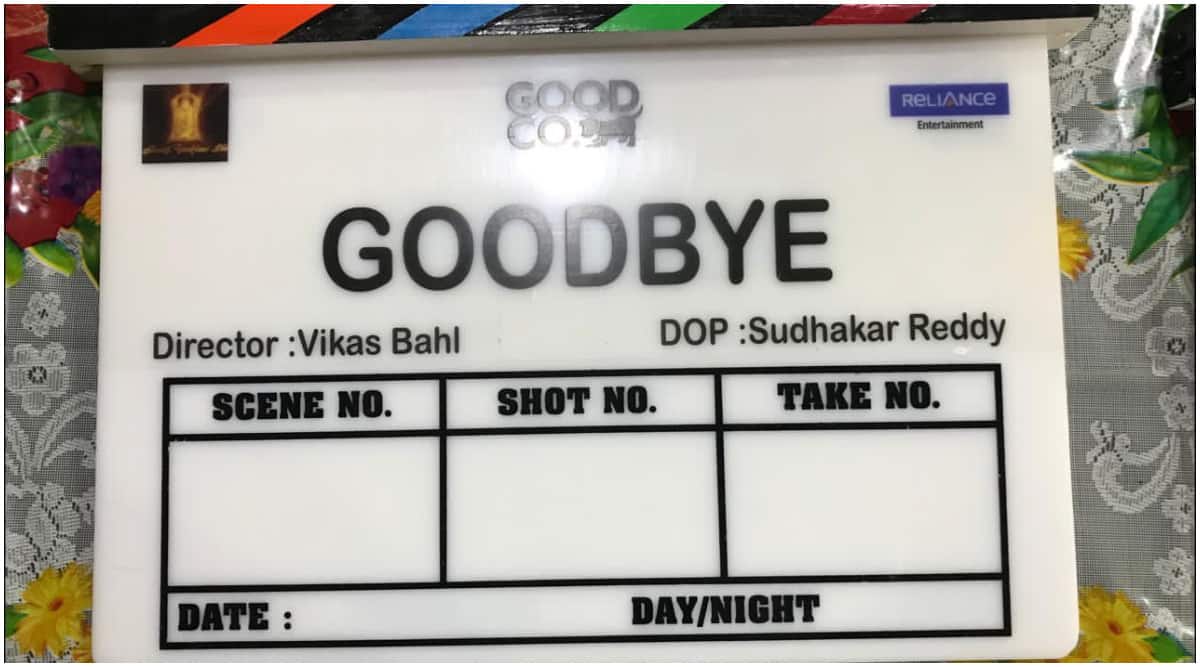 After receiving the first shot of vaccine against COVID-19 on Thursday, Amitabh Bachchan is all set to go back to work. The Pink actor, along with Telugu actress Rashmika Mandanna, will be seen in Vikas Bahal’s upcoming directorial Goodbye.

The film’s mahurat shot took place in Mumbai on Thursday. While Rashmika started shooting for the film yesterday, Big B will be joining the shoot on April 4th. Goodbye marks the reunion of Vikas Bahl and Ekta Kapoor, who have previously collaborated for critically acclaimed films like Lootera and Udta Punjab, both of which went onto become hugely acclaimed and loved films.

Ekta Kapoor announced the project with a special “how it started, how it’s (hopefully) going” instagram post by sharing a picture of her younger self with Senior Bachchan, and then sharing a muhurat post of Goodbye.

Elated about Goodbye — touted as a slice-of-life comedy, centered around a funeral, producer Ekta Kapoor said in a statement, “Goodbye is an extremely special subject which has emotion and entertainment in equal measure. It’s a story that every family will identify with. I am ecstatic to be working with Mr. Bachchan and thrilled to present Rashmika Mandanna in this beautiful film!”

Shibasish Sarkar, Group CEO, Reliance Entertainment, shared, “It gives us immense pleasure to announce our next project ‘Goodbye’ that brings together the creative forces of Balaji Telefilms and filmmaker Vikas Bahl. The film is going to be as interesting as its title and we are deeply honoured to have superstar Amitabh Bachchan and Rashmika Mandanna onboard with us.”

Also read |Amitabh Bachchan and ‘all family except Abhishek Bachchan’ get first dose of COVID-19 vaccine: ‘It was historic’
Don't Miss These Stories
Click here for more

On the work front Amitabh Bachchan was last seen in Shoojit Sircar’s Guabo Sitabo along with Ayushmann Khurrana. He is now awaiting the release of Chehre and Nagraj Manjule’s Jhund. He will also be seen in Ayan Mukerji’s Brahmastra along with Ranbir Kapoor, Alia Bhatt and Nagarjuna, and Ajay Devgn’s Mayday.

Rashmika Mandanna who has majorly worked in Kannada and Telugu films is set to make her Bollywood opposite Siddharth Malhotra in Shantanu Bagchi’s Mission Majnu.

DuckDuckGo to Brave: If you care about privacy, it’s time to try a new web browser