Celebrities wish ‘speedy recovery’ for Bachchans: Amitabh thanks fans for their prayers

Actor Amitabh Bachchan, 77, has been tested positive for coronavirus. The actor shared his medical condition via Twitter where he mentioned that he has been hospitalised. Big B also shared that all his family members, as well as staff members, have undergone tests, but the results are awaited. He also requested everyone who had come in his contact in the last ten days to get tested.

Amitabh Bachchan’s tweet read, “I have tested CoviD positive .. shifted to Hospital .. hospital informing authorities .. family and staff undergone tests , results awaited .. All that have been in close proximity to me in the last 10 days are requested to please get themselves tested!”

Amitabh Bachchan has been admitted to Nanavati Hospital.

Just minutes after Amitabh Bachchan shared his medical condition, Abhishek Bachchan revealed that he, too, has been tested positive for coronavirus. Abhishek has been admitted to Nanavati hospital with mild symptoms.

Abhishek shared on Twitter, “Earlier today both my father and I tested positive for COVID 19. Both of us having mild symptoms have been admitted to hospital. We have informed all the required authorities and our family and staff are all being tested. I request all to stay calm and not panic. Thank you.”

He shared another tweet where he wrote, “The BMC has been in touch and we are complying with them.”

'Thank you for your eternal love and affection'

T 3592 - It shall not be possible for me to acknowledge and respond to all the prayers and wishes expressed by them that have shown concern towards Abhishek, Aishwarya, Aaradhya and me ..
I put my hands together and say ..🙏
Thank you for your eternal love and affection ..

Actor Amitabh Bachchan thanked his well-wishers for their "eternal love and affection."

Amitabh Bachchan thanks his fans

Amitabh Bachchan took to his blog and thanked his fans for their prayers and wishes for a "speedy recovery."

"My dearest Ef .. your concern, your prayers and your wishes for Abhishek, Aishwarya, Aaradhya and me for a speedy recovery has filled me with unending gratitude .. I thank you all" the actor wrote.

'Once a tiger always a tiger'

Dabboo Ratnani posted a throwback picture on Instagram featuring his family with Aishwarya Rai Bachchan and Aaradhya Bachchan. He wrote, "Love , Love & Some More Love for our darling #aaradhya & dear @aishwaryaraibachchan_arb. Sending lots of positive energy your way. Heal Soon. Adore you both"

Sophie Choudry, in response to Abhishek Bachchan's tweet, wrote, "Lots of love and prayers for all of you AB. You will all be well in no time"

Abhishek Bachchan has urged his fans to stay cautious and safe. He informed that Amitabh Bachchan and he will stay in hospital "till the doctors decide otherwise."

"My father and I remain in hospital till the doctors decide otherwise. Everyone please remain cautious and safe. Please follow all rules," he tweeted.

On Sunday evening, Abhishek Bachchan informed his fans on Twitter that his wife Aishwarya Rai Bachchan and his daughter Aaradhya have been tested positive for Covid-19. The actor tweeted, "Aishwarya and Aaradhya have also tested COVID-19 positive. They will be self quarantining at home. The BMC has been updated of their situation and are doing the needful.The rest of the family including my Mother have tested negative. Thank you all for your wishes and prayers"

"So much positive energy and love right now"

Mumbai Mayor has said that Jaya Bachchan has tested negative for coronavirus. Bachchan residence is now a containment zone and all residents have been quarantined for 14 days. 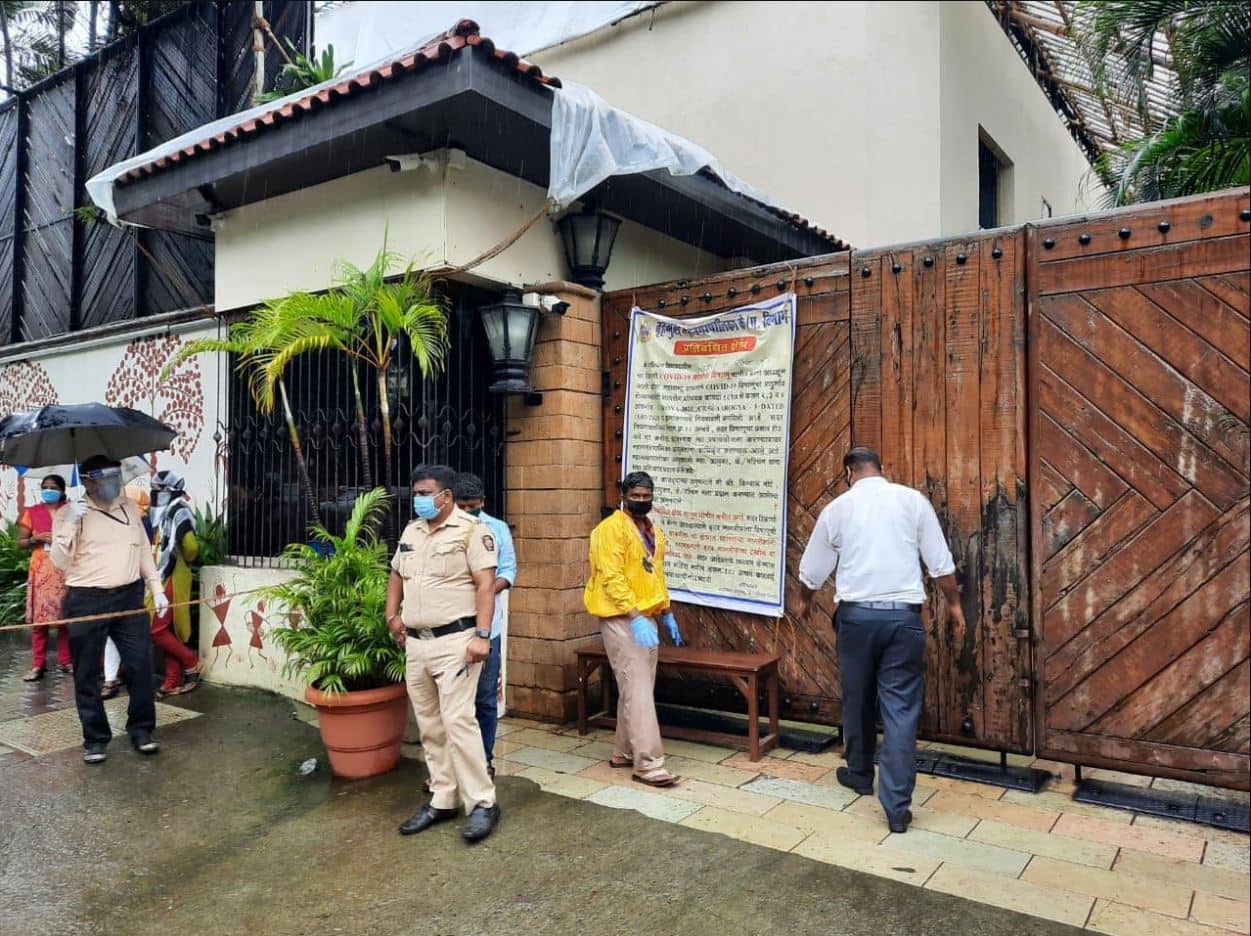 'Power and strength is synonymous with you'

Bhumi Pednekar tweeted, "The entire nation is praying for your quick recovery sir...power and strength is synonymous with you @SrBachchan." 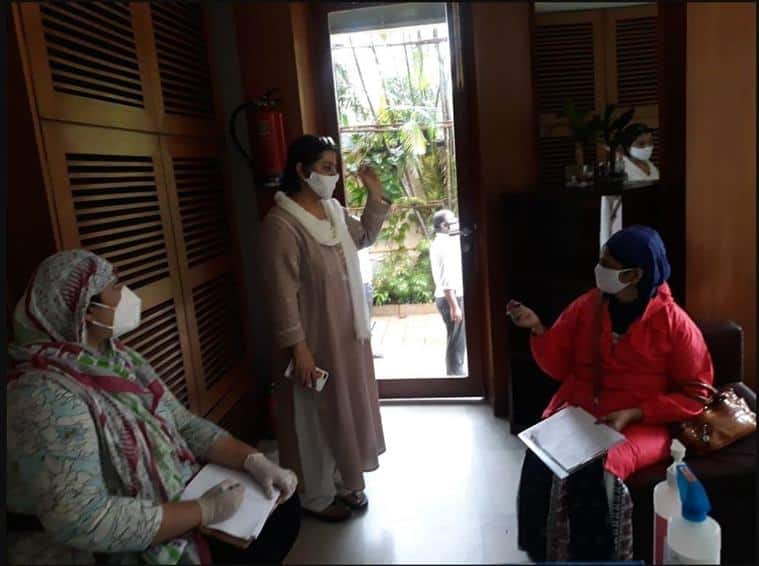 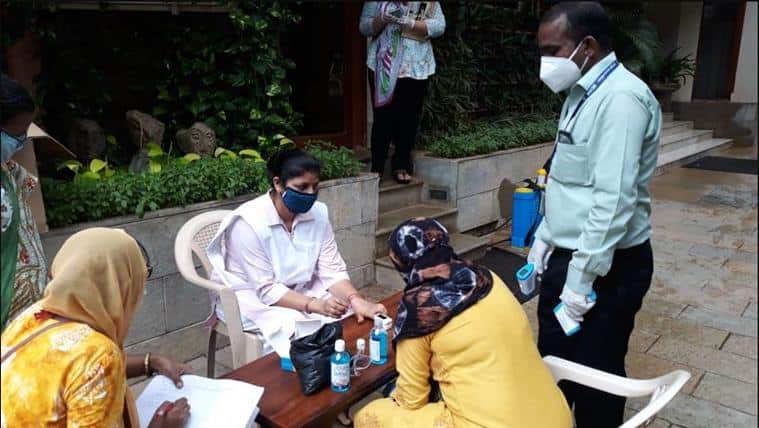 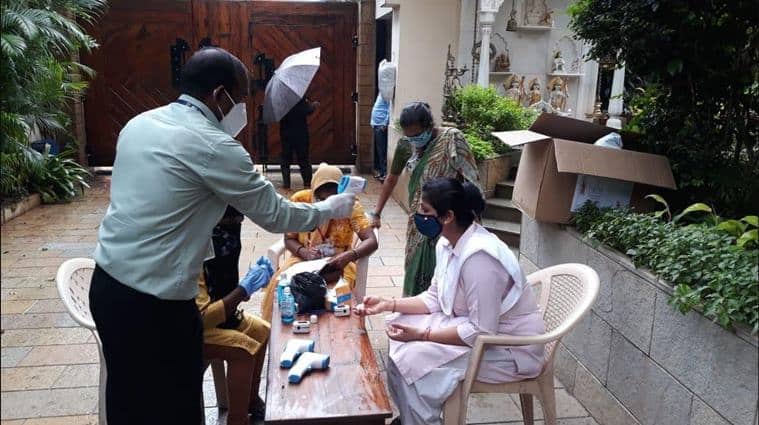 Politician and actor Paresh Rawal tweeted, "Get well soon sir . Be god with you and stay blessed. @SrBachchan."

Bollywood actor Amit Sadh on Sunday said he would undergo the test for COVID-19 as a precautionary measure, a day after his Breathe: Into The Shadows co-star Abhishek Bachchan confirmed he had tested positive for novel coronavirus.

Also Read | Amit Sadh to get tested for COVID-19

Telugu actor Pawan Kalyan: Looking forward to see you both in good health

Megastar Amitabh Bachchan and his son Abhishek Bachchan are “feeling better” as they get treated for coronavirus at Nanavati Hospital, Dr Abdul Samad Ansari, director of Critical Care Services at the hospital, said on Sunday.

On the work front, Amitabh Bachchan had shot a few advertisements for the upcoming season of Kaun Banega Crorepati, but those were all shot at home. He was due to start shooting the next season soon. His previous film, Gulabo Sitabo, also starring Ayushmann Khurrana, was released digitally on Amazon Prime Video due to the coronavirus pandemic.

Abhishek Bachchan, on the other hand, had been photographed visiting a dubbing studio after the lockdown started easing. His debut web series Breathe: Into the Shadows started streaming on July 10 on Amazon Prime Video.

Amitabh Bachchan had recently shared a photo with his children, Abhishek and Shweta, with the caption that read, "How did they grow up so fast?" The photo showed them as kids in Amitabh Bachchan's arms, and as adults sitting right next to him.

Amitabh had earlier recorded a public service announcement for the government where he requested people to sanitise their hands and keep their surroundings clean. This message was circulated at the start of the coronavirus outbreak.