Amaal Mallik: Do not regret letting go 17-18 films for Saina in the last four years

Amaal Mallik opened up about working on the music of Saina for four years, debuting as a background scorer and the various trends in Bollywood. 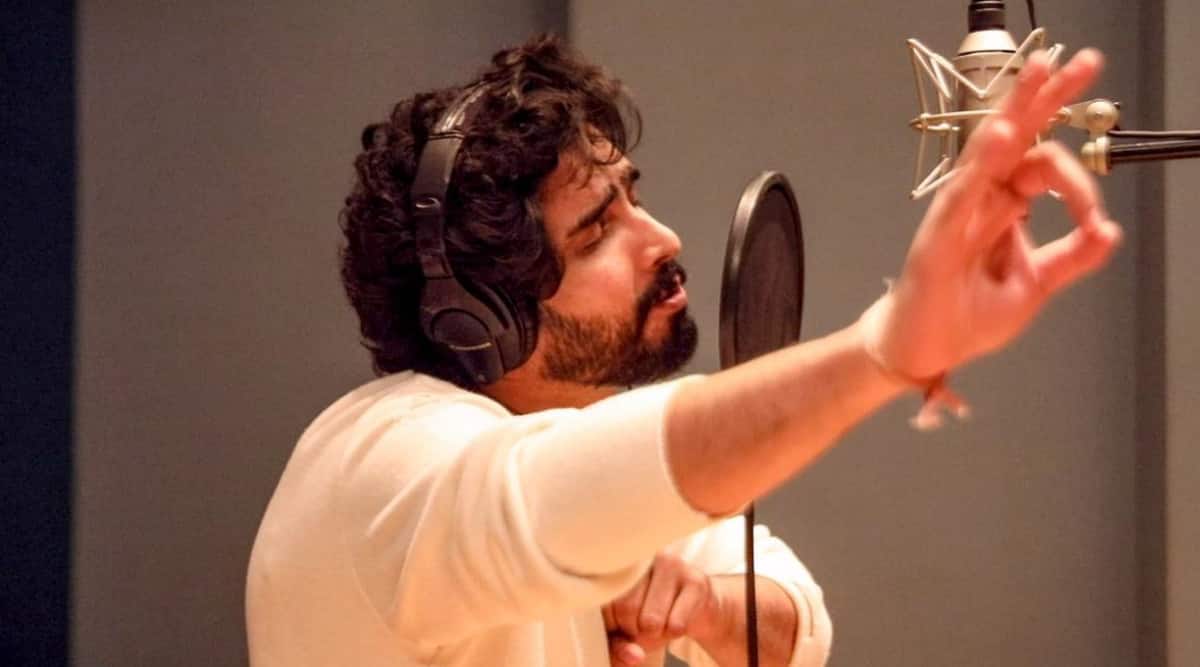 Apart from composing for Saina, Amaal Mallik has also given the background score. (Photo: PR)

“I have been working on Saina’s music for more than four years now. It has been such a beautiful and blessed journey for me,” shared Amaal Mallik, talking about his latest project that captures the journey of star badminton player Saina Nehwal. The Amole Gupte directorial has Parineeti Chopra in the titular role.

In an exclusive chat with indianexpress.com, Amaal opened up about creating music for the film, debuting as a background scorer and the various trends in Bollywood.

Excerpts from the conversation…

Introducing a live orchestra in Saina’s song “Parinda” got you a lot of praise. How did you come up with it?

I signed the film in 2017, and while it took two years to make it, we were looking at releasing it in 2020. When the pandemic came in, I got a lot of time to think clearly, and that’s when I decided that since we have time, we could do something big with the song. We got the Macedonia orchestra to perform, once things started opening up. This film is very special to me, and Amole sir has been like a father, who has seen me grow over the course of the making of Saina. And the scale and emotions that he has brought to the film, I felt it was also my responsibility to contribute to it. We have never had a film like this, based on badminton, and about a young girl becoming world number one champion. Parineeti Chopra has also done a fabulous job. I think everything about the film inspired me, and whatever obstacles it saw over time, I think it only helped us make it a better project.

Tell us about your experience as a background scorer?

I think I am very happy to have gotten the chance, as then I was in complete sync with the film. Not many actually know that I started my career as an assistant background scorer, and have worked on almost 30-40 projects. And honestly, this is what I earlier wanted to do. When I was 20-21, I realised I could do tunes and that’s how my journey as a composer began. Having worked on Saina was so wonderful and I feel it’s my way of making my gurus proud. It is a tough job, however the performance and emotions that Amol sir has managed to extract, I really did not have to do too much with the music. It just comes, blends in and then leaves. It’s not even forced in every scene as I wanted it to be meaningful and heartfelt.

You also sung “Parinda”, was it like taking too much on your your plate?

(Laughs) I am really good with multitasking, and so I don’t think it was too much. Also, it’s the only film I did in the last four years. It was honestly a dream come true situation for me, as these days you don’t even get to do the whole album. As for the singing, I was actually nervous and it was Amol sir and Bhushan sir, who wanted me to sing.

How important does it get to have an inspiring song in a sports film?

I think every film based on a real story has an anthem, and there have been some really good ones, like in Bhaag Milkha Bhaag or Chak De! India. For “Parinda”, apart from using the classic we also used some new sound, as we wanted it to be relatable to the youth. That heavy base rock factor was important, and also made it a really good sounding song. Apart from that, the melody and lyrics have done its magic as it has made a space in so many hearts. Youngsters today don’t want to be told what they have to do, and hence we made the song in a way that it’s inspiring but not preachy. I am so glad it has resonated with everyone.

You mentioned how you worked on only Saina for four years. That’s quite a big commitment.

(Laughs) I actually have no regrets of leaving the 17-18 films that came my way, as they were not really something amazing or different. In the first few years of my career, I got to do several different genres, with a lot of range. And then I was getting a lot of offers for remix, which I wasn’t keen. I only do it when I don’t spoil the original, yet make it better by adding something to it.

Armaan Mallik has sung “Main hoon na tere saath” for you in Saina. While he aces romantic numbers, there are people who question if you choose him only because he is your brother?

I think I first compose and then the song chooses its singer, and it’s not that I always go to him. I have worked with so many singers and also have a huge list of people I want to work with. However, I must add that even if he was not my brother, he has a voice to look out for. He is really gifted and very talented, and has a huge range. Every song needs a different voice but given he is closest to me, and understands my emotions, it’s an advantage, as he delivers the song exactly how I want. But it’s never because he is my brother; he has earned his place.

A lot of female singers have spoken about the lack of songs for them. Also, we don’t even have too many women music composers. What do you think is the reason for the disparity?

Shreya Ghoshal and Aloknanda Dasgupta are such amazing composers, and they are equally or rather better than their male counterparts. Singing wise, yes, it’s rather male dominated but in my career, I have had so many songs for women like “Kaun tujhe”, “Sau aasman” or even “Yeh aaina”, so it does not apply to me. However, overall, female parts in songs, even in duets are less and I think that’s the producers or label’s demand. Films are made with lesser screen space for female characters. Once they get bigger part, there would be more demand of female songs I guess.

Currently, music video and singles have also become quite a popular trend. What is your take on the same?

I think we have all worked very hard for this to happen, to have a separate music industry in the entertainment world. It’s actually beautiful to see independent artists to put faces to their voice, and yet get so much love from fans. Also, I think during the pandemic, with not many films, people turned to different music and the mindset has opened up. Without films and stars, it’s amazing how music has been reaching its audience once again. Back in the 90s, the pop scene was beautiful, then we had remixes, so I think the balance keeps shifting. Tiger Shroff and I started single trend with “Zindagi aaraha hoon main” and “Chal waha jaate hai” — it was not film music but went on to become so popular. Only recently, I have also started featuring in my music videos, and it’s a very different and new experience. I think I enjoy film and non film music equally and would like to keep working in both the space.

Although you and Armaan come from a music family, you both have tread your own paths. Now that you look back what do you have to say about your journey?

I think “Parinda” has taught all of us to not look back. Although, if I have to say, I think I am very grateful that all my parents dream have come true through us. Everything else is just a bonus. Also, I take each day as a new one, as I cannot live on my past laurels. I cannot even get complacent and have to keep trying my best to make the best music.

What kind of a legacy do you want to leave behind?

I have just begun, so there’s a lot to do before I even think about leaving a legacy.