Alia Bhatt gave the Bangtan Boys a shout-out after their collaboration for a phone advertisement. 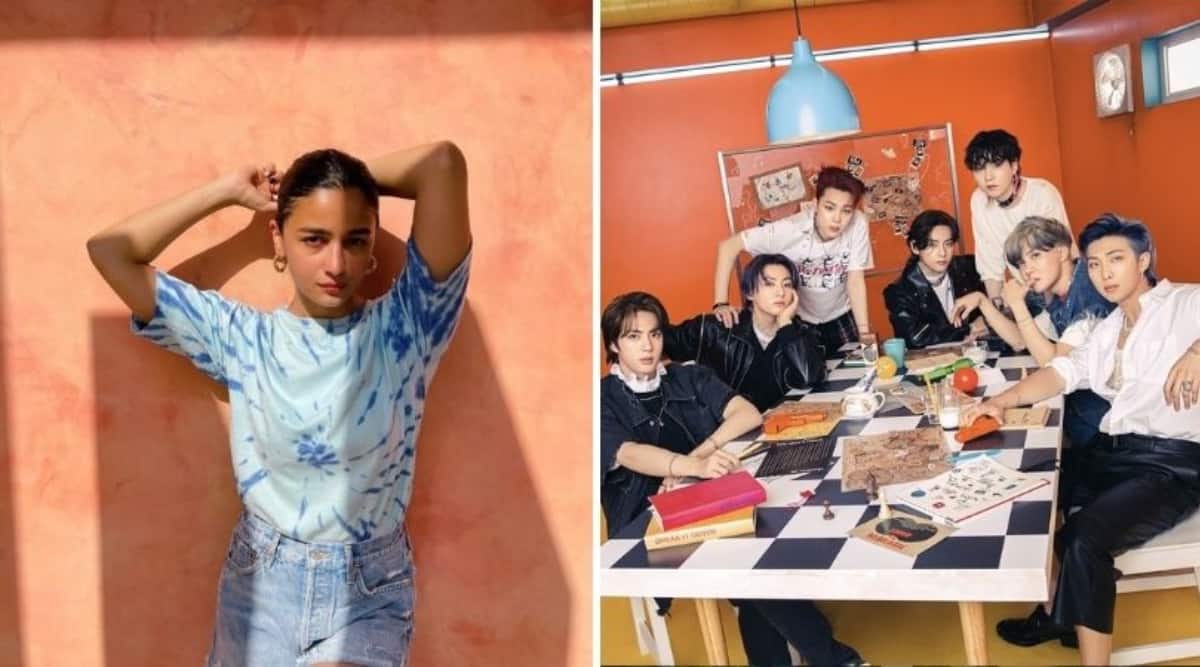 Actor Alia Bhatt is a fan of the K-Pop band BTS. Recently, the actor gave the Bangtan Boys a shout-out after they collaborated for a phone advertisement, using their song “Butter”. Instantly, ARMY flooded her tweet with comments, as they were happy that she was one of them, while trolls accused her of using BTS for clout.

While several fans were overjoyed on seeing Alia Bhatt’s love for BTS, others accused her of using them to gain more prominence. Several fans came to her defence, with one fan even tweeting, “I don’t understand the armys in the comments saying she is using them for clout like SHE IS ALREADY SO POPULAR IN INDIA and second she didn’t say anything bad about them , she is portraying them in a good light so stop being embarassing, don’t interact if u think she is wrong.”

Another fan wrote, “Some of here don’t know the fact that she’s already a very popular star in India and she doesn’t need BTS for any kind of clout, moreover that collab thing is with Samsung as she’s new brand ambassador of it, some people are really obsessed though..Spare her from this!!!!”

Other fans hoped for a collaboration between Alia Bhatt and BTS, saying that it would be an epic crossover.

This isn’t the first time Alia Bhatt has proved that she is a BTS fan. On International Yoga Day, she shared a video where she performed a few yoga aasans while “Butter” played in the background.

On the work front, Alia is awaiting the release of Sanjay Leela Bhansali’s Gangubai Kathiawadi and SS Rajamouli’s RRR. She also has Brahmastra with Ranbir Kapoor in the pipeline.

Tokyo’s Olympic fears give way to acceptance, to a point