Akshay Kumar responds as man claims that his film Bell Bottom has ‘certain things against Pakistan’: ‘It is just a film, don’t..’

Bell Bottom was inspired by several real-life hijacking events in India during the 1980s and starred Akshay Kumar as a RAW agent. 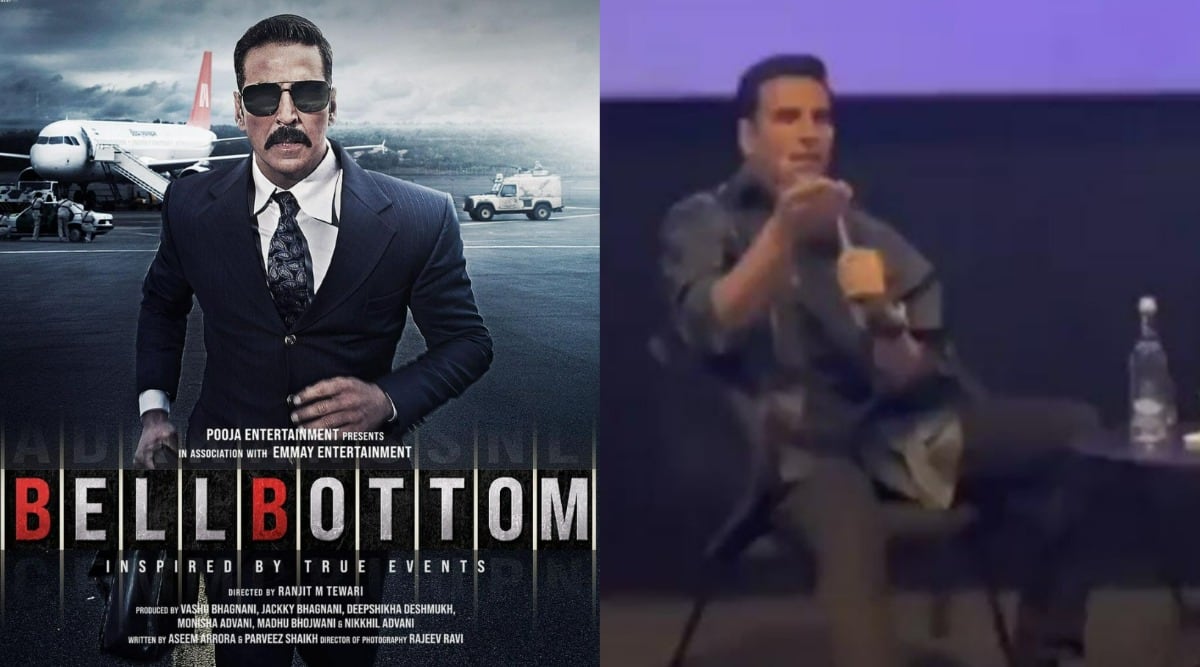 Akshay Kumar feels movies should not be taken so seriously. The actor, who had attended Saudi Arabia’s Red Sea International Film Festival, was asked a question by a Pakistani man about the depiction of his country in his 2021 release, Bell Bottom.

The Ranjit Tewari directorial was said to be inspired by real-life hijacking events in India during the 1980s. It starred Akshay as a RAW agent.

According to a report in Hindustan Times, during an in-conversation session at the festival, a Pakistani man told the actor, “I’m from Pakistan, your neighbour country. I have a request. You do fantastic movies like Pad Man and Toilet. There is an issue between India and Pakistan as well. Your recent movie Bell Bottom has certain things against Pakistan.”

Also Read |Akshay Kumar to star in film about sex education: ‘I take real stories and adapt it’

Bell Bottom, which also starred Vaani Kapoor, Lara Dutta, and Huma Qureshi in a special appearance, was the first film to release in multiplexes in 2021 after being shut for six months due to COVID.  The film bombed at the box office.

At the festival, Akshay also said he was grateful that the audience has always supported and accepted him in various genres, from social dramas to comedies.

“I am grateful to the audience which has accepted in different kind of roles, whether it is an Airlift, Singh is King, Padman or Toilet Ek Prem Katha. I have finished about 140-150 films by now,” he added.

#AkshayKumar all set to discuss his journey in cinema, at the Red Sea International Film Festival ❤️ pic.twitter.com/aVQM5AN8Ft

This year, however, the actor faced consecutive failures as all four of his theatrical releases– Bachchan Pandey, Samrat Prithviraj, Raksha Bandhan and Ram Setu–tanked at the box office.

Next year, Akshay Kumar again has a packed slate with films like Selfiee, a remake of the 2019 Malayalam film Driving Licence, Startup, the Hindi remake of Tamil hit Soorarai Pottru, Oh My God 2 and Capsule Gill.