At the trailer launch of Selfiee, Akshay Kumar was asked about charging Rs 50-100 crore for a film. His response left everyone present in splits. 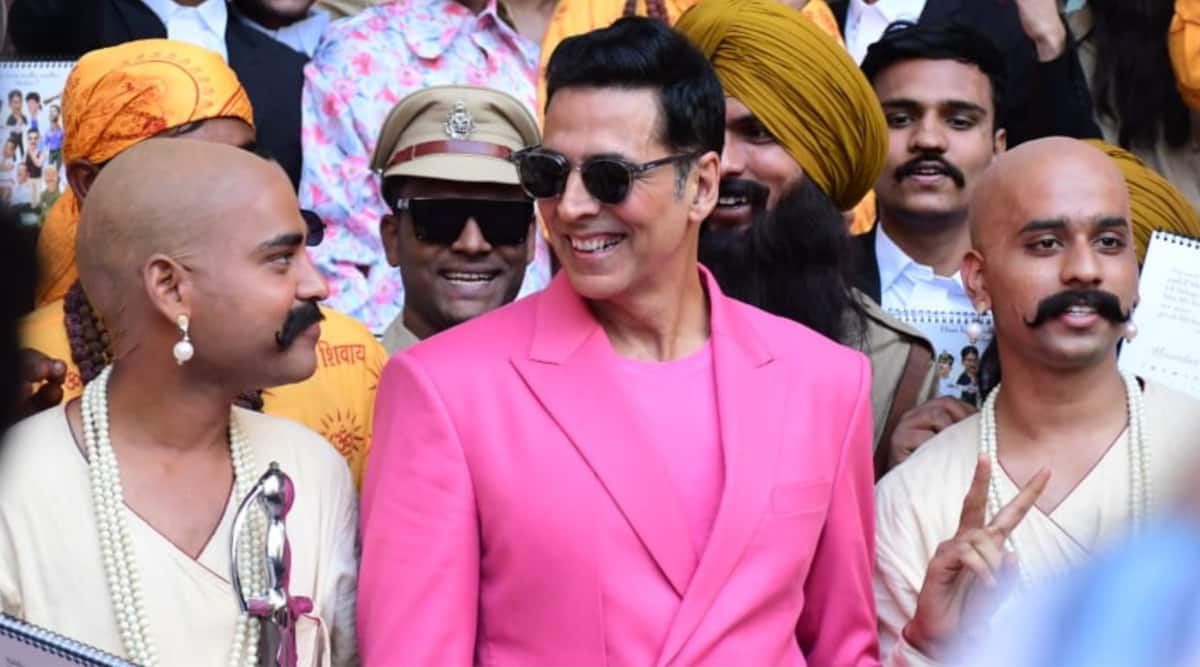 The much-awaited trailer of Akshay Kumar and Emraan Hashmi-starrer Selfiee dropped on Sunday. At the launch event, while Emraan spoke about Akshay being a ‘farishta’ for him during his son’s cancer treatment, Khiladi Kumar opened up about his fee for working in films, which is reportedly between Rs 50-100 crore, after he cut it down post-pandemic as Bollywood faced a tough time at the box office.

At the trailer launch, Akshay was quizzed about allegedly charging Rs 50 to Rs 100 crore for a film. Known for his wit, the actor laughed and asked the journalist, “Mera badhiya reaction rehta hai. Tera kya reaction rehta hai? Tune bataya tha ki teri sherwani mein pareshani hui. Tujhe kaisa laga tha? (I have a good reaction. What about you? You had told me that you had some issues with your sherwani. How did you feel about that)?”

Selfiee is a remake of the 2019 Malayalam-language comedy-drama Driving Licence, which was directed by Lal Jr from a script by Sachy. The film revolved around a superstar (Prithviraj Sukumaran) famous for his driving skills, who loses his license. The issue, however, spins out of control after he locks horns with a motor inspector (Suraj Venjaramoodu), who happens to be a fan of the actor.

While the film will feature Akshay and Emraan, as the star and the fan, respectively, Emraan wondered why Hindi makers aren’t mounting many multi-starrers. “For me only the content is important, it doesn’t matter if it’s a solo hero, two heroes or three heroes film. I don’t know why there aren’t too many multi-starters being made. They are being made but there should be more films made because they’ve been successful if you look at the trend of past two years and since the dawn of cinema,” he added.

Sensex, Nifty advance on gains in IT, financial stocks amid global gains