On the occasion of Tabu's birthday, her close buddy Ajay Devgn shared a cute video in her honour. Take a look at it here. 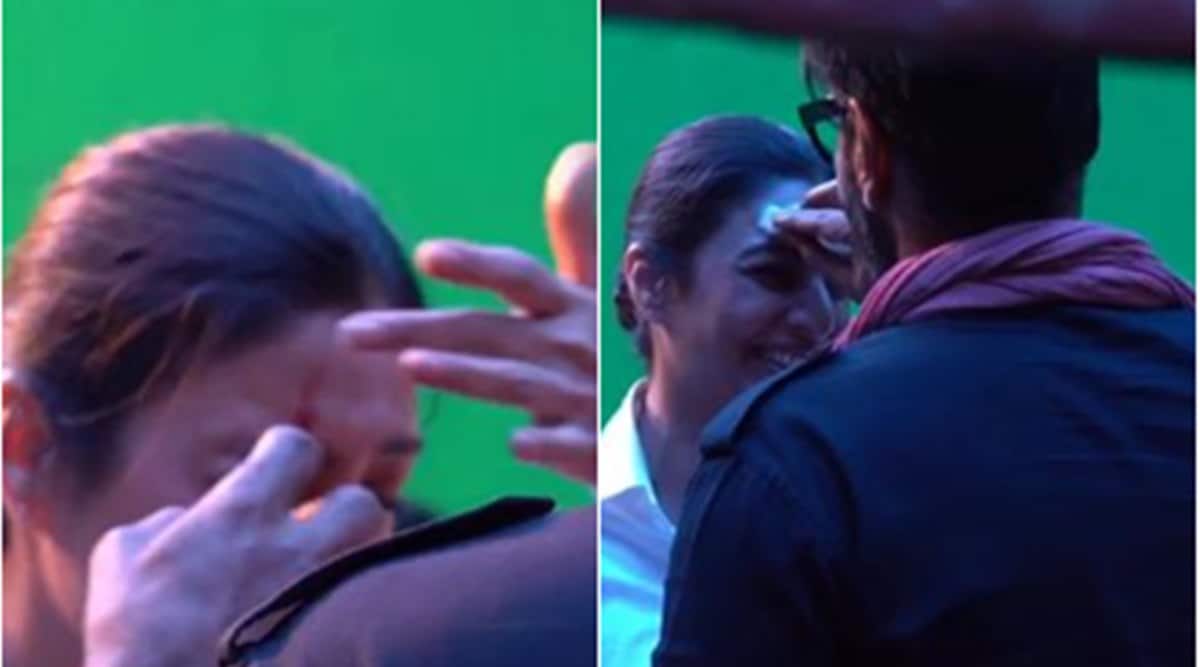 Tabu and Ajay Devgn on the sets of Bholaa. (Photo: Ajay/Instagram)

Bollywood actors Ajay Devgn and Tabu go back a long way, having collaborated on several projects together, including Drishyam, Drishyam 2, Haqeeqat, De De Pyaar De, and Thakshak, among others. The duo will soon be seen together in Devgn’s directorial Bholaa.

On Friday, Tabu celebrated her 52nd birthday, and Ajay Devgn took to social media to wish the actor. Sharing a video in which he could be seen tending to a wound on Tabu’sr head, Devgn wrote in the caption, “Kaahe ghabraaye? Happy birthday @tabutiful. #SetsOfBholaa.” The song “Kahe Ghabraaye” from the movie Pyaasa played in the background. It’s unclear if the injury is real or if Devgn was just wiping away makeup after a scene.

Fans showered love on the two in the comments section. One wrote, “Love you, sir,” while another mentioned, “Uff she is still smiling, strong girl.” A third person commented, “Friendship,” with a heart emoji. In an earlier interview with PTI, Tabu had spoken about the bond she shares with the actor. Stating that he is like family, the actor had said, “The fact that we have known each other since we were like 13-years old, it’s become like family. It’s a relationship that has been there. So, when I walk on Vishal (Bhardwaj) and Ajay’s sets, I feel this is my world and this is my kingdom.”

Read this in Malayalam

Tabu and Ajay Devgn are currently busy with the promotions of their upcoming thriller Drishyam 2.

Varun Dhawan opens up about suffering from Vestibular Hypofunction: ‘Basically your balance goes off’