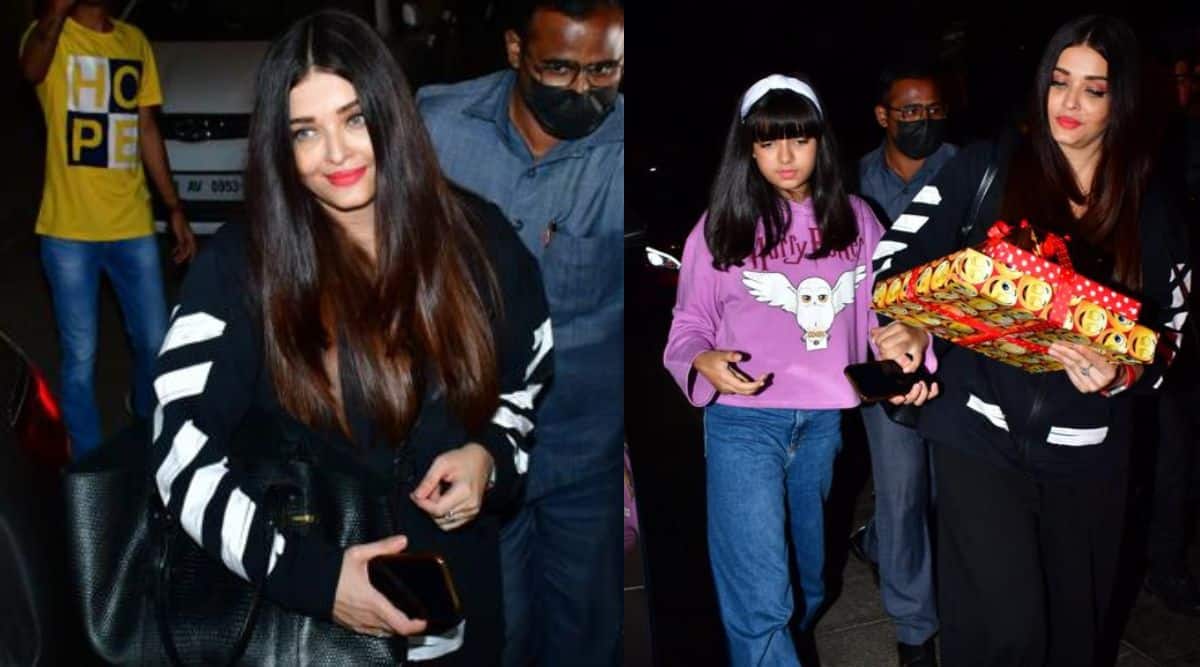 Bollywood actor Aishwarya Rai Bachchan had a hilarious reply for a paparazzi who asked her to turn and smile for the cameras as she was leaving Riteish and Genelia Deshmukh’s eldest son Riaan’s birthday. Aishwarya accompanied daughter Aaradhya Bachchan and was quite protective of her amid the media frenzy.

Aishwarya, who was heading out while holding  her 11-year-old daughter Aaradhya’s hand, was heard saying “Chaliye chaliye” when they requested her to pose with Aaradhya. Later, one of the paps said, “Aishwarya ji peeche dekhiye,” to which Aishwarya said, “Arre waah, direction.”

Riteish and Genelia hosted a star-studded birthday bash for their 8-year-old son Riaan. Many Bollywood celebrities such as Mira Kapoor, Soha Ali Khan, Neha Dhupia, and Arpita Khan among others were spotted arriving for the bash with their children. Taimur and Jeh Ali Khan were also snapped at the party venue.

The Ponniyin Selvan-1 actor had earlier opened up about why she holds her daughter’s hands everywhere in public. In an interview with Hindustan Times, Aishwarya had said, “Aaradhya has seen it (the limelight) since birth and I would like to think she is used to it. At one point when we were walking, she was in a great mood, even as people clicked pictures. She was laughing and saying something funny.”

She added, “But when Aaradhya saw these people (photographers) coming, she just wanted to stop in her tracks and squatted on the floor. I knew it was time for me to pick her up. I just wanted everyone to be safe, including my child. It is just a protective instinct, I keep her close.”

On the work front, Aishwarya made a comeback to the big screens with Mani Ratnam’s Ponniyin Selvan-1. The movie was a blockbuster and made more than Rs.500 crores at the box office. She will next reprise her role as Queen Nandhini in Ponniyin Selvan-2.