Bollywood actor Varun Dhawan and fashion designer Natasha Dalal tied the knot on Sunday at The Mansion House resort in Alibaug. Varun took to Instagram to share the news about his marriage. Along with photos from the wedding, the actor wrote, “Life long love just became official ❤️.”

The traditional Hindu wedding saw only family members and close friends in attendance.

Varun and Natasha first crossed paths while they were in school but started dating much later. The couple avoided talking about the relationship in media during the early years of Varun’s career. They, however, didn’t shy away from getting clicked together.

Recalling the moment when he fell in love with Natasha, Varun said, “I actually met Natasha in the 6th standard. We were friends till 11-12th. We were very close friends. I remember seeing her for the first time. We went to Maneckji Cooper. It was on the basketball court that I saw her and I fell in love with her that day. That was it! She rejected me 3-4 times, but I didn’t give up hope.”

Opening up about his marriage plans, Varun Dhawan told Kareena Kapoor, “I felt like getting married after I saw my brother and bhabhi and after my niece came. So when I saw my niece, I was like this is good.” 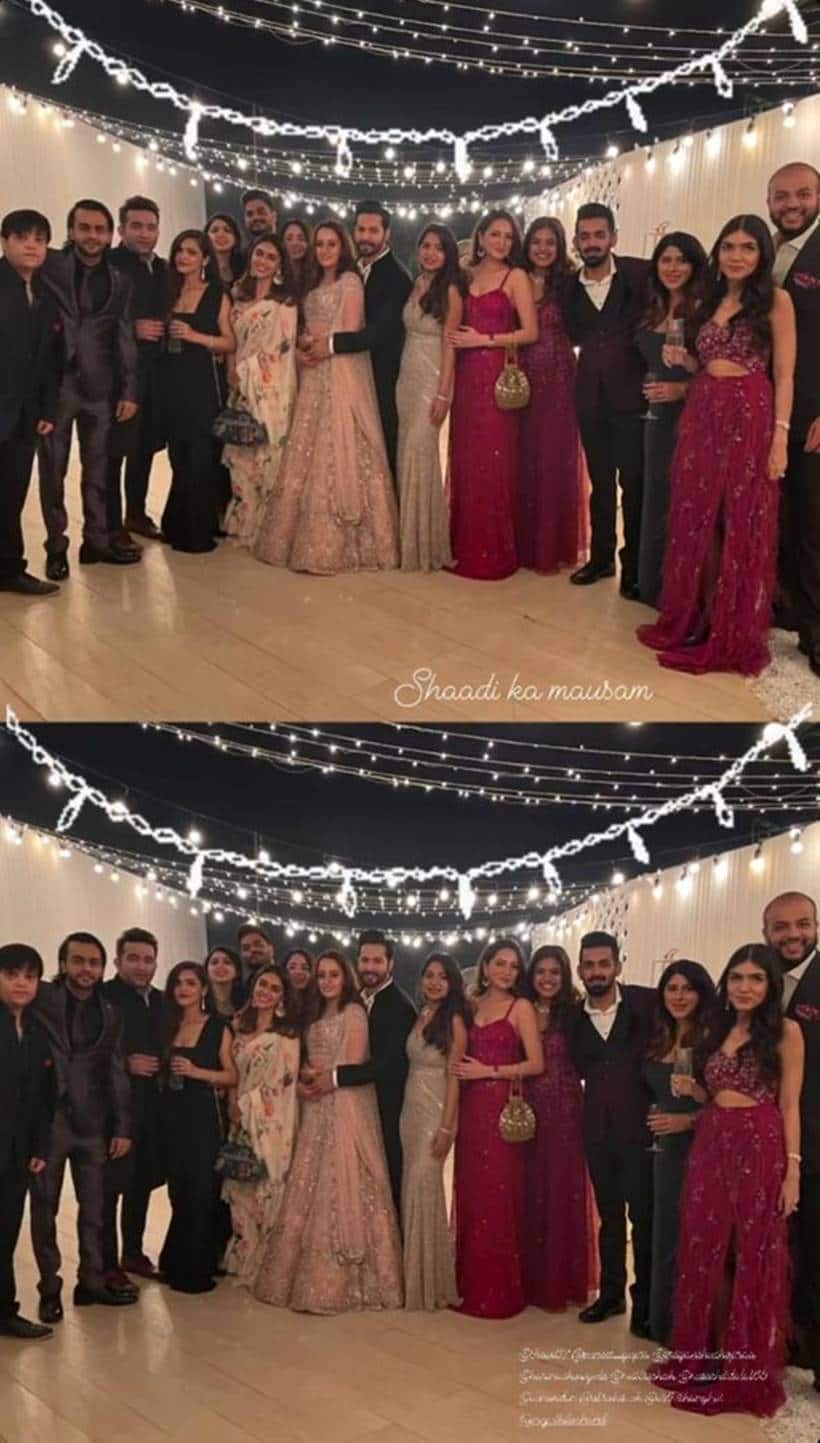 Have you seen this then-and-now photo of Varun-Natasha?

This then-and-now photo of newlyweds Varun Dhawan and Natasha Dalal is going viral.

Madhuri Dixit Nene took to Twitter to post, "Congratulations @Varun_dvn & Natasha Red heart Wishing you both a lifetime of love & happiness. All the best."

A new photo of Varun and Natasha

Director Shashank Khaitan posted a new photo of Varun and Natasha on Instagram and wrote, "Nats and VD... wish you the absolute best... as you begin this new journey as man and wife, I pray you continue to remain the best friends you were and are. Continue to create value in each others lives and stand by each other in thick and thin. Nats, dealing with VD requires immense patience and you have shown enough and more till now and I know you will continue to be his rock. VD, Nats completes you and you know that, so love her more, express more and continue to be your loving self. Loads and loads of love to the two of you. 🤗🤗🤗😘😘😘 @varundvn @natashadalal88."

Anil Kapoor took to his Instagram story to post, "Wishing Varun and his dulhania Natasha a very happy married life!! To a beautiful start of a lifetime of happiness, love & togetherness."

'Wish you both a world full of happiness together'

Vicky Kaushal wrote, "Congratulations brother! Wish you both a world full of happiness together! 🤗❤️"

Ira Khan reveals the ‘happiest person’ at her engagement with...
Actor Vikram Gokhale passes away in Pune at 77
Dilip Kumar film festival in honour of his 100th birth anniversary, Amita...
Vikram Gokhale: Oscillating between the many worlds of Hindi and Marathi ...
Naai Sekar Returns song Panakkaran: Vadivelu, Santhosh Narayanan team up ...
More from Entertainment >>
Katrina Kaif's best wishes for Varun-Natasha

'To happiness and all things magic' Sara Ali Khan took to her Instagram story to wish Varun and Natasha.

'You are a lucky man'

'Wishing you both a lifetime of love & companionship!'

'Welcome to the dark side'

Shahid Kapoor's comment on Varun Dhawan's wedding announcement post read, "Many congratulations to both families. God bless. And welcome to the dark side.😂👻."

While Varun Dhawan and Natasha Dalal have mostly been reticent about their love story, the Coolie No 1 star has continued to shower affection on his partner through Instagram posts. Posting a love-filled picture of himself with Natasha a few months ago, Varun Dhawan dedicated to her the lyrics of iconic song "Stand By Me", by Ben E King. Similarly, on Natasha's birthday in May 2020, Varun posted adorable pictures with her and wrote, "Happy birthday Nata. I choose you over UFC," referring to his love for the mixed martial arts based championship.

On the work front, Varun was last seen in David Dhawan's Coolie No 1 alongside Sara Ali Khan. He will next be seen in Dharma Productions' Jug Jugg Jeeyo. While shooting for the film, Varun tested positive for COVID-19.