Bollywood and its changing mores: The 1950s was a time for nation-building, the '60s was swinging but by the '70s a disillusionment had crept in as captured by the angry young man aka Amitabh Bachchan. And then the economic liberalisation brought in the NRI gloss and today, it's all about how patriotic is our valley. 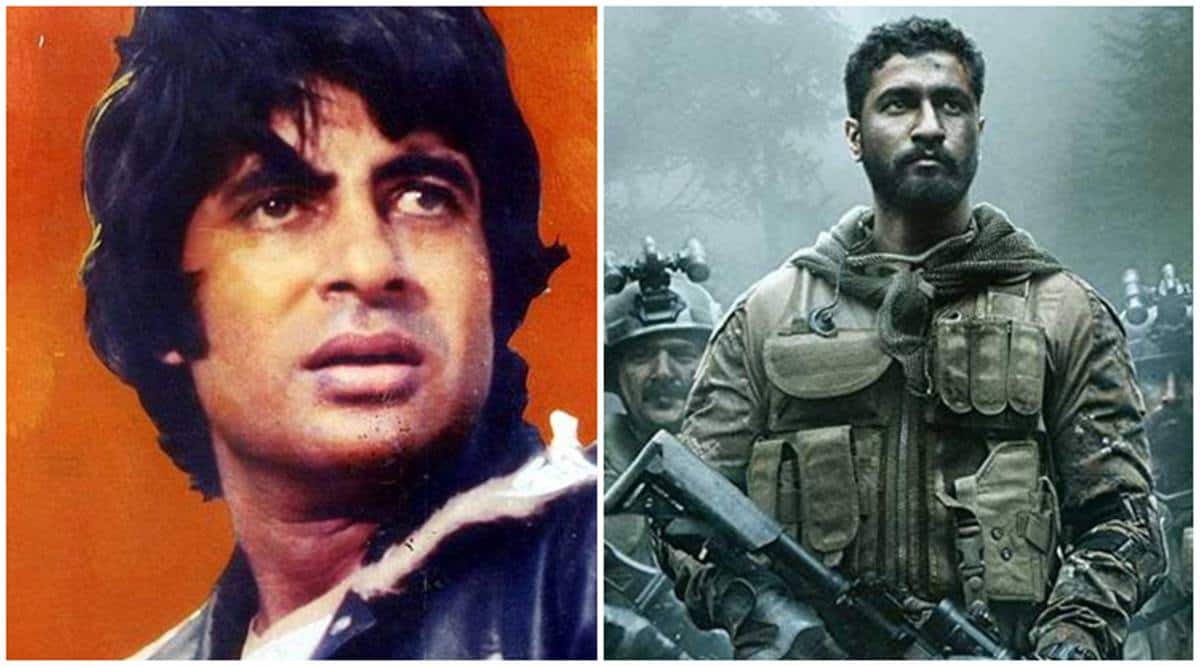 Bollywood and its extraordinary evolution down the decades are how society and politics of the day have deeply influenced the matinee's trends and themes.

Debating whether cinema is a reflection of society or vice versa is like sparring over that old cliché —’Did the egg come first or the chicken?’ Put another way, society is a bigger evil here than cinema. Look no further than Bollywood and its extraordinary evolution down the decades to know how society and politics of the day has deeply influenced the matinée’s trends and themes. Start with the 1940s, Kismet from 1943 was Bollywood‘s first blockbuster as well as the first to feature an anti-hero in the form of none other than Ashok Kumar. Its hit song ‘Aaj Himalay Ki Choti Se’ best articulated the anxieties of its age. India was still under British rule, whose oppression this Kavi Pradeep-penned number serves to highlight besides, of course, celebrating the nation’s glories with pride and passion. One story goes that the British objected to Pradeep’s anticolonial lyrics, but he succeeded in persuading them that the object of his target was not the Crown here but in fact, the Japanese — thanks to a throwaway line from the song. As India gained Independence in 1947, Hindi films moved towards capturing the joyous mood and hopes of a newly free country. The Partition was a traumatic event in the history of the subcontinent, but it was a blessing in disguise for Bollywood as the action from the thriving Lahore film industry in undivided India shifted to the then-Bombay. Bombay, along with Madras and Calcutta, had the distinction of having the best film studios. Founded by Devika Rani and Himanshu Rai, the Bombay Talkies was a studio to beat all studios in the studio era of the 1940s. It was responsible for launching the careers of at least three leading post-Independence stars, Dilip Kumar, Dev Anand and Raj Kapoor. Spotted by Ashok Kumar, Dev Anand was offered the role of a hero in Ziddi (1948). The trio would rule the screens throughout the 1950s, becoming interlinked with the destiny and expectations of a young nation. Broadly, critics have classified their films as “nation-building” efforts. Interestingly, Dilip Kumar has been dubbed the Nehruvian hero and Raj Kapoor’s cinema reflected social reformation (a strain that continues from the 1940s) while Dev Anand came to exemplify the urban city man at a time when Bombay was emerging as a major economic hub. All three heroes were products of their society, expressing in their own unique way the social changes sweeping through the country.

The British may have packed up and gone but the popular nationalistic sentiments remained. Take the iconic Shree 420 song ‘Mera Joota Hai Japani’ in which Kapoor’s Tramp claims to wear Japanese shoes, Russian hat and English pants but his heart is still Hindustani. Dev Anand’s hero, or anti-hero, was overtly Westernised/Hollywoodised while his friend Raj Kapoor’s screen bumpkins retained a sense of innocence and purity. For one, the city’s shifting moralities and sweet deceptions are enticing while for the other it is all maya (illusion) and temptations worth resisting. Never to fall for the teesri kasam (third vow), as Kapoor woefully finds out in the eponymous 1966 film. By the 1960s, modern India’s hope began to slide and reality crept in. Jawaharlal Nehru died in 1964. Perhaps, with him the Nehruvian hero had gone, too. Politics had changed. And movies were doomed to follow in its footsteps. Bollywood entered the swinging Sixties with the advent of Shammi Kapoor. The Yahoo star had modelled himself on Elvis Presley but the truth is that the 1960s belonged firmly to The Beatles. The decade began with the grandeur of Mughal-E-Azam but soon, the Sino-Indian war darkened the happy horizon. Chetan Anand’s Haqeeqat (1964) tenderly captured the battle, with a robust mix of songs, romance and patriotism. The following decade saw social issues like poverty and unemployment taking on centre-stage. Films of the 1970s echoed this disenchantment and cynicism.

In a decade where “Garibi hatao” was a warcry and mill strikes a favourite communist sport, the appearance of Amitabh Bachchan — replacing Rajesh Khanna’s easy-breezy romantic dominance from the late 1960s to early ’70s— was a Godsend for the average moviegoer who was mostly poor, working class and probably frustrated with the system. Throughout the ’70s, Bachchan was the voice of the poor, the marginalised, the unemployed and the man on the street. Often, Big B’s angry young man tipped over into the vigilante mode, serving up the extrajudicial methods of justice and taking law into his own hands. When Bachchan bashed the capitalist villain, the masses compulsively identified with him. In Yash Chopra’s Deewaar (1975), one of the most emblematic films of the ’70s (mind you, the decade was more than just Sholay), Bachchan plays a criminal whose rags to riches story should have been inspiring but his own mother (Nirupa Roy) refuses to sanctify his hard-won success. She kills him in the film’s fateful climax. Good, it seems, always triumphs over evil in Bollywood no matter which epoch we are in. A one-man industry, Bachchan continued to be a force of nature well into the 1980s, so much so that younger stars like Anil Kapoor and Sanjay Dutt mimicked Big B’s social themes of his previous hits even though the man himself went into a decline before reinventing himself with Mohabbatein and Kaun Banega Crorepati.

India was on the cusp of transformation once more. Come the 1990s and a consumer boom gripped the nation. The economic liberalisation changed the face of Hindi cinema. As we became more global, Bollywood became slicker. It was the time of the rise of the Khans. Particularly, Shah Rukh Khan who managed to create new fans overseas mostly consisting of the large Indian diaspora in Europe and America. Swiss chic was in, Kashmir and Ooty out. Films catering to the NRIs required spoonfuls of desi culture and sanskar to remind the NRI of his/her roots which DDLJ, Dil To Pagal Hai, Kuch Kuch Hota Hai etc managed to provide in ample measure. The urbanisation was complete by the turn of the millenium. 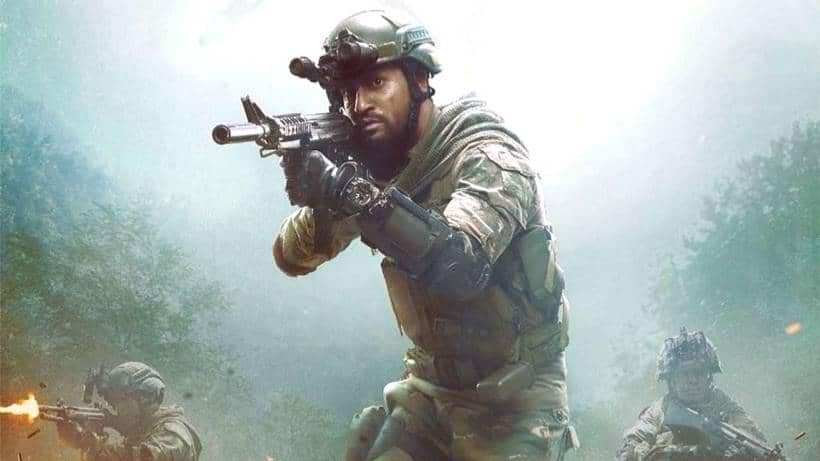 A still from Vicky Kaushal starrer Uri: The Surgical Strike.

The era of uber patriotism

And now, in the age of OTT, content is edgier than ever but one thing has remained the same. Our ability to tap into the idea of India. Today, in the Modi era, nationalistic fervour is strong and all you need is look around. From Uri: The Surgical Strike to Bhuj: The Pride of India, Hindi cinema is happy to forge stories out of ills and crises that plague the country as well as extol its heroic feats, virtues and achievements. It is said that when Hollywood went to war during WWII Hollywood went to war, too — in other words, it helped boost the nation’s morale by inventing American heroes. A similar picture is emerging in Bollywood these days proving once again that cinema imitates life and not the other way round.

‘Life has a frustrating way of reminding us that we are not the sole authors of our story’: Tim Cook