Farah Khan and Karan Johar kicked off the week-long celebrations of Kabhi Khushi Kabhie Gham with the recreation of the film’s song “Bole Chudiyan”. 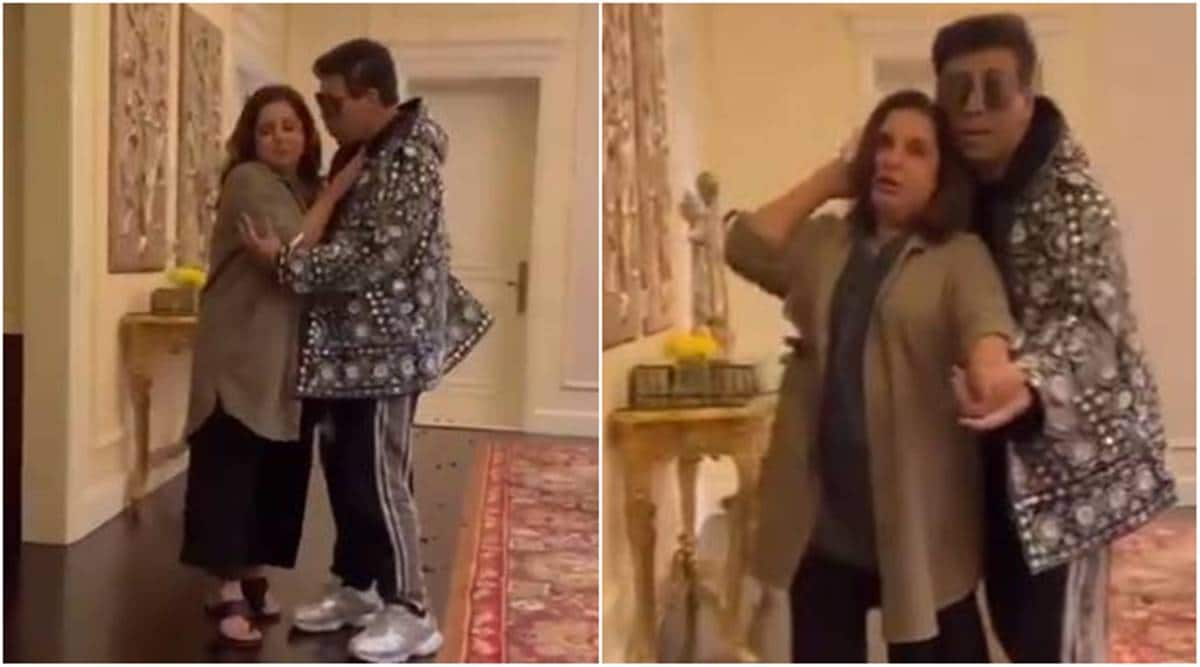 Filmmaker Karan Johar on Tuesday announced that he would be celebrating 20 years of his film Kabhi Khushi Kabhi Gham for a week. Farah Khan kicked off the celebrations with a video. The choreographer-filmmaker posted a clip on Wednesday morning, where she can be seen dancing to the song “Bole Chudiyan” from the film, which had featured Kareena Kapoor, Shah Rukh Khan, Hrithik Roshan, Jaya Bachchan and Amitabh Bachchan.

While Farah lip-synced to Kareena and Kajol’s lines and threw rose petals, Karan Johar portrayed Amitabh Bachchan and made a grand entry. The two left their fans in splits with their hilarious recreation. Sharing the video on Instagram, Farah wrote, “Epic reel for 20 yrs of an epic film! #20yearsofk3g .. @karanjohar so good to know we still as mad as ever.. maybe more.” A fan commented, “Wahh…😍😍😍.. U &karan & movie best combination,” while another mentioned, “Bollywood is incomplete without you two!”

Yesterday, sharing a video on his Instagram account, Karan Johar wrote, “It’s going to be 20 years and I still feel the euphoria of having this film release on the big screen and people going to watch it. But I feel the impact sank in for me much later. And that feeling hasn’t stopped ever since. I see all the videos, all the occasions this film’s music is a part of, all the dialogues people have now inculcated in their daily life and of course – the fashion!! At the heart of it, I also see that after all this time – it’s all about loving your…family! Celebrate #20YearsOfK3G with us this entire week and stay tuned because we have a lot in store for you!”

Kabhi Khushi Kabhie Gham released in 2001. It became a cult classic over the years.

Here are 5 takeaways from the Biden-Putin call