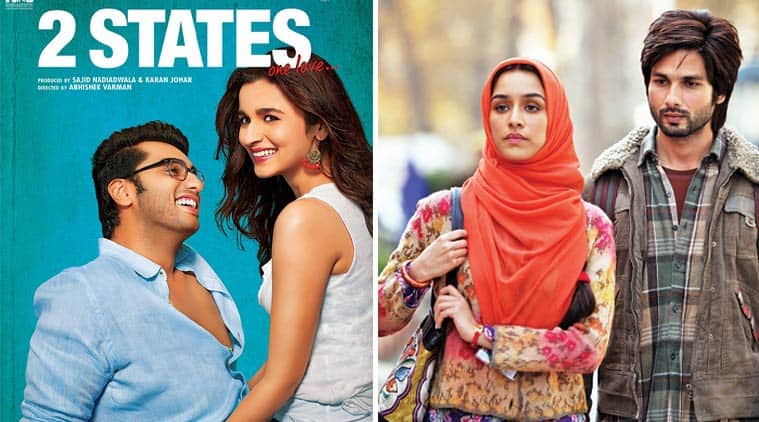 Leaving behind the the others, Alia Bhatt and Arjun Kapoor’s ‘2 States’ and Shahid Kapoor’s ‘Haider’ are leading the nominations for the 16th edition of IIFA Awards in categories like Best Picture, Best Director and Best Story.

Leaving behind the likes of Kangana Ranaut‘s ‘Queen’ and Aamir Khan-starrer ‘PK’, Alia Bhatt and Arjun Kapoor’s romantic comedy ‘2 States’ is leading the nominations for the 16th edition of the International Indian Film Academy (IIFA) Awards in categories like Best Picture, Best Director and Best Story.

Coming close on the heels of ‘2 States’ is Vishal Bhardwaj’s ‘Haider’, with its nomination in eight categories, including Leading Role Male for Shahid Kapoor, and Kay Kay Menon in both Supporting Role Male and Negative Role.

‘2 States’, based on Chetan Bhagat’s novel of the same name, will be vying for the Best Picture trophy with ‘Queen’, ‘PK’, ‘Haider’, ‘Highway’ and ‘Mary Kom’.

Abhishek Varman, who made his directorial debut with ‘2 States’, will be competing in the Direction category with Vikas Bahl (Queen), Vishal Bhardwaj (Haider), Rajkumar Hirani (PK) and Imtiaz Ali (Highway).

Apart from the best director trophy, the multifaceted Vishal Bhardwaj will also be vying for the Music Direction category for his compositions in “Haider”.

Among competitors in the category for Best Story are ‘Queen’, ‘2 States’, Abhijat Joshi and Rajkumar Hirani for ‘PK’.

For the Lyrics category, Manoj Muntashir for ‘Galliyan’ (Ek Villain), Rashmi Singh for ‘Muskurane’ (Citylights) and Amitabh Bhattacharya for ‘Mast magan’ (2 States) have been nominated.

In the Playback Singer Male category, Ankit Tiwari for ‘Galliyan’ (Ek Villain), Arijit Singh for ‘Muskurane’ (Citylights), Mika Singh for ‘Jumme ki raat’ (Kick), and Sukhwinder Singh ‘Bismil’ (Haider) will be competing with each other.

In the female category of the award, the “Baby doll” singer Kanika Kapoor (for the film Ragini MMS 2) has been nominated alongside Sultana and Jyoti Nooran for “Patakha guddi (Highway) and Shreya Ghoshal for “Samjhawan” (Humpty Sharma Ki Dulhania).

IIFA will take place at Stadium Putra in Kuala Lumpur, Malaysia, from June 5 to 7 this year, rolling out a red carpet for a string of Bollywood celebrities.

Jiiva may feature in Tamil remake of ‘Pataas’