Bigg Boss 10: Yuvraj Thakur is missing his partner-in-crime Bani J and we have proof. 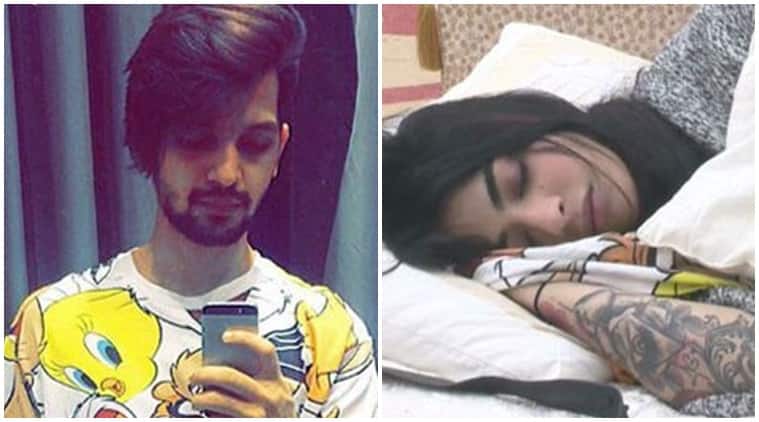 Bigg Boss 10 has shown Bani Judge in a new light altogether. The ever-strong, never-failing contestant of several reality shows has quite many times, broke down in the house remembering her loved ones. While she is struggling inside to cope with the daily tasks and impulsive behaviour of other contestants, her bae Yuvraj Thakur, is missing her way too much outside the house.

Yuvraj Thakur, who has appeared in Bade Acche Lagte Hain and rose to fame with his teen-series of V channel’s Humse Hai Life, posted a few pictures with emotional messages, which totally points out at his alleged girlfriend Bani. Also, we spotted a picture of Yuvraj in which he is wearing the same shirt that Bani has worn on the show multiple times or has been spotted snuggling it while on the bed.

“I love you till the end of time that has no end @banij.”

“Spent an evening amidst these notes. Couldn’t be more grateful to be at the receiving end. She poured her heart in each word, she’d write. This moment wouldn’t exist without her absence. Cherishing it, soaking in to it, this is what I have, this is what matters right now. We both share something common and that is, each other’s absence. Let’s find togetherness in our absences.”

In fact, in yesterday’s episode, Bani wore the shirt pairing it up with a pullover that she took from Gaurav Chopra’s suitcase after he left the show. Gaurav and Bani’s equation has always been tagged as a relationship of convenience but the duo admits that their friendship is based on truth and nothing else.

Well, the show has taken an interesting turn for Bani. Her sole supporter, Gaurav, has been evicted leaving her lonely and shocked. With this, we might also finally witness the real Bani, who is fearless and done with being in a ‘celeb’ shell.

Before becoming a Bigg Boss contestant, Bani has appeared on Roadies season 4 and went on to become a VJ for it’s season 5. Later, she participated in Fear Factor: Khatron Ke Khiladi season 4. She went on to