Congress rules barely 6% of India, is out of states at cusp of major change

Among the other major states that are up for polls in the coming two years — Punjab in March 2017, Uttar Pradesh in May next year and Gujarat in January 2018 — the Congress is unlikely to fancy much of a chance. 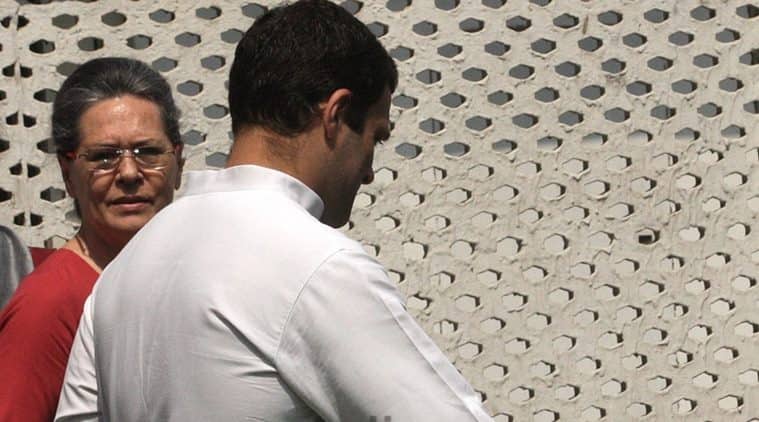 Excluding Uttarakhand and Puducherry, where the Congress is in a coalition, the population of states ruled by the party on its own adds up to 7.61 crore, just higher than the population of India’s seventh largest state Tamil Nadu (7.2 crore). (Express Photo: Neeraj Priyadarshi)

THE unexpected gains for the Congress in West Bengal may be cold comfort for a party that has been comprehensively reduced to a rump, considering that just over six per cent of India’s population now live in states ruled by the Congress — the lowest since Independence.

Worrying still for the party is the fact that elections are due in five of these states before May 2018, with the prospects appearing bleak for the Congress in Karnataka, the only large state that it controls currently, alongside four smaller states that it’s in power on its own and two that it rules through a coalition.

If Uttarakhand and Puducherry were to be taken into consideration, where the Congress is part of a ruling coalition, the population statistics for states ruled by the country’s oldest party goes up marginally to just over seven per cent of the country’s population — again a historic low.

To put the Congress’ state headcount in perspective, the combined population of all of the states ruled by the party — on its own and through coalition — totals 8.62 crore, just a shade higher than the population of undivided Andhra Pradesh (8.45 crore), India’s fifth largest state by population, according to Census 2011 data.

Excluding Uttarakhand and Puducherry, where the Congress is in a coalition, the population of states ruled by the party on its own adds up to 7.61 crore, just higher than the population of India’s seventh largest state Tamil Nadu (7.2 crore).

Worse still is the complete wiping out of the country’s oldest political party from the northern heartland, as well as the central and eastern parts. Equally significant is the fact that the country’s fastest growing states (most of which are the least developed BIMARU states), as well as major states that are hubs of industrial activity (including Gujarat, Maharashtra, Andhra Pradesh, Tamil Nadu) are out of the Congress’ grasp.

The biggest state of the north east and a strategic entry point to the region, Assam, where it has ruled for a decade-and-a-half, is also out of the Congress hold, alongside Kerala. As a consequence, the prospect of coming back to power on the basis of showing high growth achievement — though on a low base — or by continuing to dominate states that lead industrial activity becomes that much more stiff a challenge.

The states going to the polls do not herald much hope for the Congress either. Among the Congress-ruled states, the term of assemblies in Uttarakhand and Manipur are slated to come to an end by March 2017, followed by Himachal Pradesh in January 2018, Karnataka in May 2018, Meghalaya in March 2018 and Mizoram in December 2018.

If the Congress were to follow the pattern of successive electoral debacles in state elections, something that is being widely predicted for Karnataka, then it could mean a step closer to the BJP’s slogan of ‘Congress-mukt Bharat’, well before the next general elections in the summer of 2019. Among the other major states that are up for polls in the coming two years — Punjab in March 2017, Uttar Pradesh in May next year and Gujarat in January 2018 — the Congress is unlikely to fancy much of a chance, if current indications are anything to go by.

Latest statistics released by McKinsey & Co project India’s growth over the next decade to be led primarily by eight high-performing states — Gujarat, Haryana, Maharashtra, Andhra Pradesh, Telangana, Tamil Nadu, Himachal Pradesh and Uttarakhand. Only two of these are under Congress rule now — one directly and the other through alliance partners.

These states, according to projections by the consulting firm in a new report titled “India’s Economic Geography in 2025: states, clusters and cities”, will account for 52 per cent of incremental GDP between 2012 and 2025. The study projects that five states — West Bengal, Madhya Pradesh, Orissa, Chhattisgarh and Rajasthan — will be able to lift 18 million households from poverty and account for 51 million, or 30 per cent of all neo-middle class families in India. All of these states are outside the Congress fold.

Security stepped up at dera in Patiala