UP Bill to tackle ‘anti-national’ activity on campus, regularise admissions

The Uttar Pradesh Private Universities Bill, 2019 lists several conditions for setting up such institutions, including following a transparent admission process and a common academic calendar prescribed by the state government 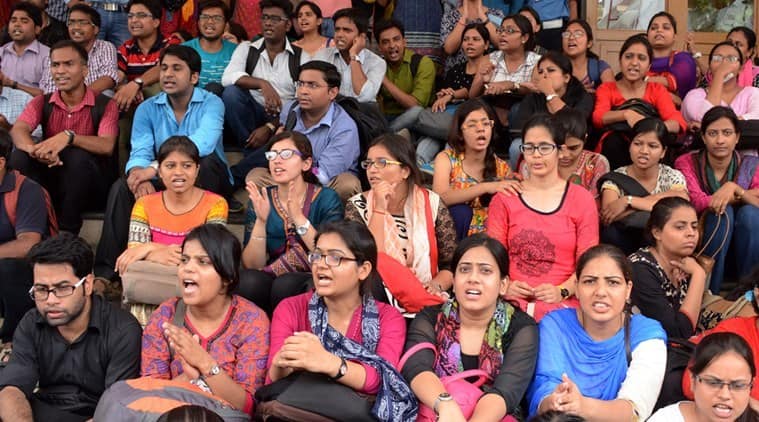 The Uttar Pradesh Private Universities Bill, 2019 lists several conditions for setting up such institutions, including following a transparent admission process and a common academic calendar prescribed by the state government. Representational Image/ File

The Uttar Pradesh government on Tuesday tabled in the assembly a Bill seeking an undertaking from private universities that they will not allow their campuses to be used for “anti-national activities”.

The Uttar Pradesh Private Universities Bill, 2019 lists several conditions for setting up such institutions, including following a transparent admission process and a common academic calendar prescribed by the state government. If the Bill becomes law, private universities will award honorary degrees to people in public life only with the state government’s approval.

The Bill demands an undertaking from the sponsors of private universities that their institution will not be involved in or permit anyone to “cause or promote anti-national activities”. If any such activity takes place on the campus, it shall be considered a major violation of the conditions for setting up the university, the draft legislation warns.

It has become difficult to collect information and ensure quality standards in higher education, the government said. The draft Bill was approved by the state cabinet recently. An official had then said the universities will have to ensure that patriotism, national integration, communal amity, social harmony, secularism, ethics and international goodwill are included in the curriculum.

The Bill proposes that at least 75 per cent of teachers in each department will have to be the university’s regular employees. The proposed legislation demands that the private universities will also conform to the standards specified by central regulatory bodies like the University Grants Commission. The private universities will comply with the norms set up by the state government on a common academic calendar, anti-copying measures, examinations and the award of degrees and certificates.

The universities will be required to place in public domain their fee structure and admission procedure before admissions open. The government didn’t explain the reason for including the “anti-national” clause in the Bill.

However, last year, a Kashmiri student reportedly joined the militancy after going missing from a private university in Greater Noida. He later appeared on social media. After the Balakot airstrikes by India, three Kashmiri girls studying at the Veterinary Research Institute in Bareilly were booked for allegedly making and forwarding anti-Army comments on social media.