Post-study work, abolished in 2012, allowed students to be able to stay back in the UK for two years after completing their course to be able to work and earn some money before returning to their home country 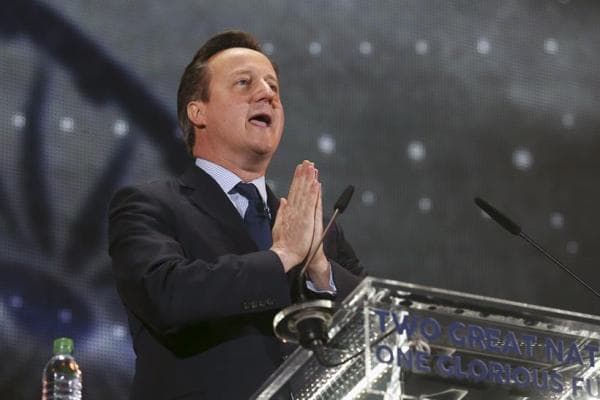 PM David Cameron said that we don’t need the brightest and best of students to come here and do menial jobs. (File photo)

The UK government on January 13 rejected demands for the re-introduction of the post-study work visa, popular among Indian and other overseas students from outside the European Union, stressing “the brightest and best of students should not come here and do menial jobs”.

Prime Minister David Cameron turned down the Scottish government’s demand during Questions in the House of Commons.

“The clarity of our offer is world beating. Frankly, there are lots of people in our country desperate for jobs. We don’t
need the brightest and best of students to come here and then do menial jobs. That’s not what our immigration system is for,” Cameron told the Commons.

The Tier-1 (Post-study Work), abolished in 2012, allowed students to be able to stay back in the UK for two years after completing their course to be able to work and earn some money before returning to their home country.

While non-EU international students can still work after their course now, they must have a specific job offer and
follow tough rules on the salary criteria.

Removal of the post-study work visa route has been widely recognised as one of the major off-putting factors, resulting in Indian students getting attracted to other destinations like the US and Australia.

Scotland has been keen to reintroduce the scheme at least for its region to attract more international students Scottish universities.

Europe and international development minister Humza Yousaf, from the Scottish National Party (SNP), said the UK government’s decision to rule out a return of the post-study work visa is “deeply disappointing and damaging to Scotland”.

He added: “Scotland has different immigration needs to the rest the UK. There is consensus in Scotland, amongst business, education institutes and across the political spectrum, that we need a return of the post-study route to allow talented students to remain and contribute to the Scottish economy.”

“By ruling out a return of this route, the UK government has ignored this consensus and the recommendations of the Smith Commission, and dismissed Scotland’s call to positively and meaningfully engage on this issue,” Yousaf said.

Yousaf will now chair a meeting of the cross-party steering group on the post-study work visa and the group will consider the implications of the UK government’s decision.

A statement of support for the reintroduction of the post-study work visa in Scotland has gathered 265 signatures, including all 25 of Scotland’s publicly-funded colleges, Colleges Scotland, Universities Scotland and representatives from 64 businesses.

It has also received cross-party support in the Scottish Parliament.

Sniffer dogs to be deployed in state jails in six months: Prisons chief