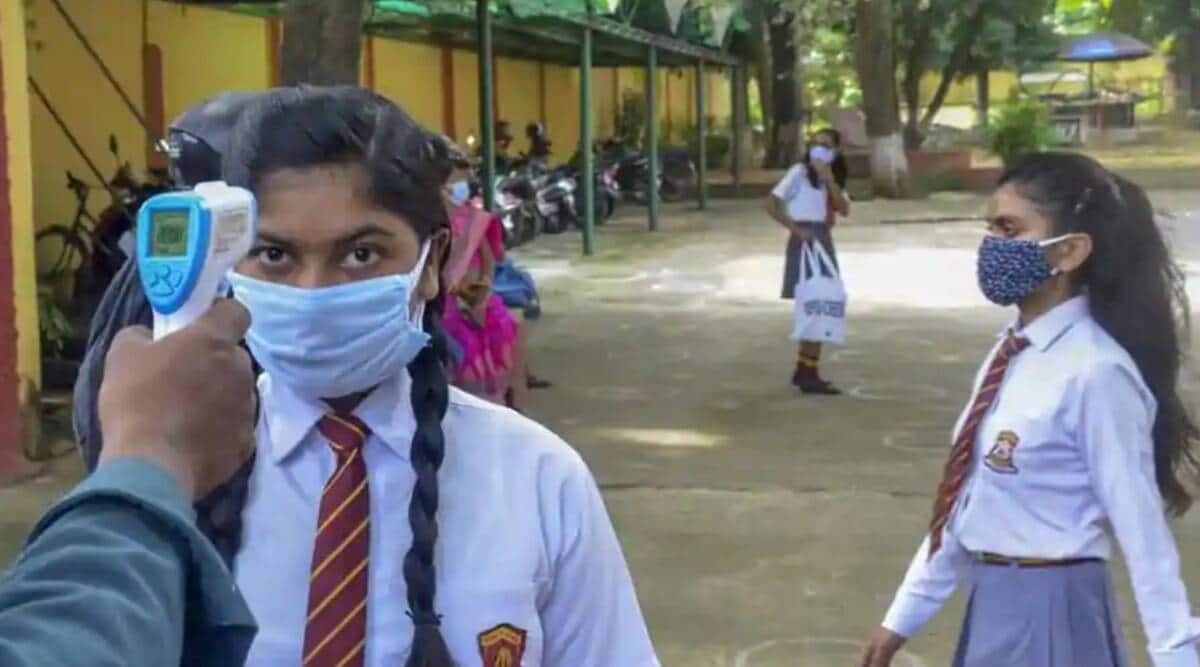 The Covid-19 lockdown has kept students away from schools for over six months post the second wave, leaving them tied down to laptop screens. At a time when Covid cases are dropping down the scale, several state governments have swung open school gates for students with strict Covid protocols and limited attendance.

While Haryana, Punjab, Uttarakhand, Lakshadweep, Puducherry, Nagaland, Chhattisgarh and Himachal Pradesh opened schools in the first week of August, Uttar Pradesh and Andhra Pradesh are ready to reopen from August 16, 2021. The UP government had announced the reopening of schools with 50 per cent attendance for intermediate students.

Read |Schools reopen, but not even 33% of Punjab’s govt teachers fully vaccinated

With talks about the third Covid wave still swirling around, some parents think it’s risky for children to attend schools while some are supportive of the decision to start physical classes.

The Andhra Pradesh government made an announcement earlier in July that students can join back on August 16, along with the implementation of NEP-2020 (National Education Policy).

From September 1, Tamil Nadu and Rajasthan are expected to begin physical classes for students from classes 9 to 12 with 50 per cent capacity, with Covid-19 guidelines. In Tamil Nadu, teachers of government and government-aided schools have already returned. Meanwhile, it is mandatory for Rajasthan teaching and non-teaching staff to have received at least one dose of the Covid-19 vaccine.

Even though Maharashtra had announced the reopening on August 17 and had released a detailed SOP for the same, the government is now in two minds over it as the Covid task force is not in favour. Education minister Varsha Gaikwad had earlier announced that offline classes in rural areas will start for classes 5 to 8 and in cities, class 8 to class 12 students will be allowed to attend school.

Even as Karnataka has announced schools will reopen for students from 9 to 10 on August 23, parents have been fearful of the decision due to the low rate of teachers getting fully vaccinated.

Schools in Delhi have only been allowed to open for senior students for practical and project-related work. While interacting with heads of schools, Delhi Deputy Chief Minister Manish Sisodia said that most parents were in favour of schools reopening in the feedback recently received by the Delhi government. The capital has released detailed SOPs for the reopening but has not officially announced a schedule.

Bihar state government has reopened schools for students of classes 1-8 from August 16. Students with 50 per cent attendance will be able to attend classes on alternate days. Schools will have to follow all the  Covid-19 safety protocols. The state government will also ensure the vaccination of all teachers and random testing.