BSER RBSE Rajasthan Board class 10th result 2019: The results of Class 10 examination will be declared tomorrow. A total of 10.88 lakh can check the results through the websites rajeduboard.rajasthan.gov.in and rajresults.nic.in 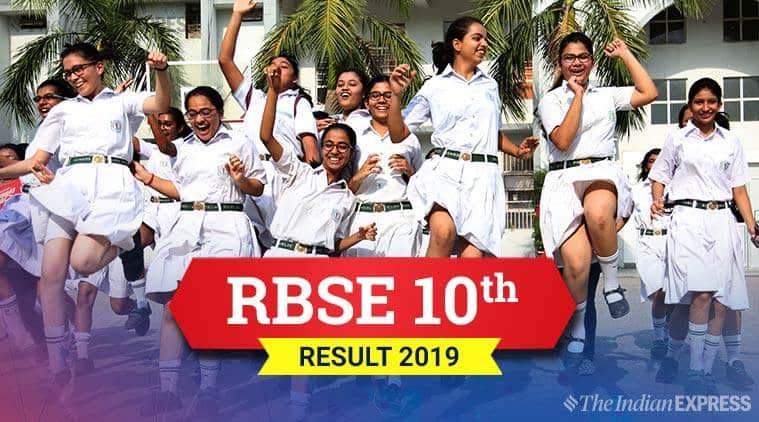 BSER RBSE Rajasthan Board class 10th result 2019: The results are available at rajeduboard.rajasthan.gov.in and rajresults.nic.in. (Designed by Gargi Singh)

BSER RBSE Rajasthan Board 10th result 2019 date and time: The Board of Secondary Education, Rajasthan (BSER) has declared the results of Class 10 examination on Monday, June 3, 2019. A total of 10.88 lakh (10,88,241) candidates who had appeared in the examinations can check the results through the websites rajeduboard.rajasthan.gov.in and rajresults.nic.in.

To check their result via SMS, type RESULT<space>RAJ10<space>roll number and send it to 56263, you will get your result in the form of an SMS alert.

Read | RBSE Class 10 result: When and where to check

Around 5,76,748 candidates appeared in the class 12 Arts examination that was conducted from March 7 to 14, result of which was released on May 22. The total pass percentage this year is 88 per cent. Just like in the science and commerce streams, the girls have outperformed boys scoring 90.81 per cent while boys are at 85.41 per cent.

Arnab MitraArnab Mitra is Senior Sub-Editor at The Indian Express. He is an alumn... read more