NIOS students need 55% in class X to be eligible for admission to govt schools. Calling the criteria “arbitrary and discriminatory”, the parents have now moved the Delhi High Court. 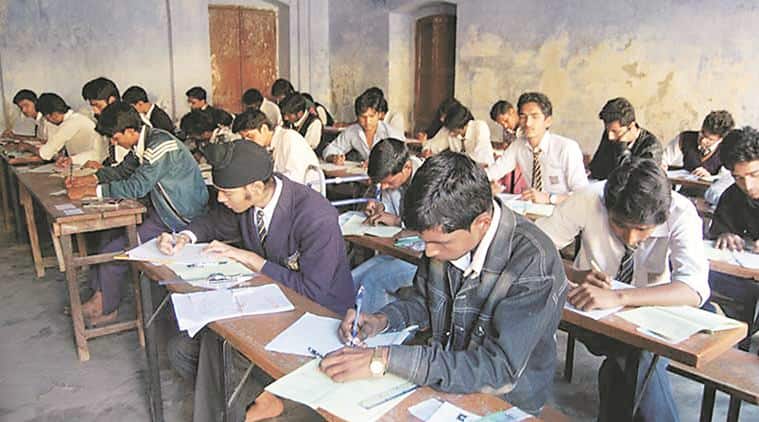 For other students, there is no defined percentage for admission to humanities and vocational courses. (Representational)

Vinod Kumar Bansal’s daughter was studying in class X at DAV, Vasant Kunj. However, she could not give her exam as she fell ill. Anita Kumar’s son used to study in a government school, till he failed in class IX. He was then shifted to the patrachar (correspondence) mode, where he failed again. Both children applied to the National Institute of Open Schooling (NIOS), where they cleared class X with a score of 52% and 53.2% respectively.

Now, they want to shift to Delhi government schools for class XI — only to be told they don’t meet the eligibility criteria. According to a circular issued by the Directorate of Education (DoE) on May 2018, NIOS students need 55% to be eligible for admission. Calling the criteria “arbitrary and discriminatory”, the parents have now moved the Delhi High Court.

The circular states, “Students who have passed their secondary examination class X from NIOS, with 55% marks or above in aggregate of five main subjects, are eligible for admission in vocational and humanities stream, provided they are below 17 years of age as of March 31 of the year.” NIOS students are not considered for admission to the commerce and science streams, said DoE officials.

“The eligibility criteria is in place because students who pass out from NIOS do not have mainstream subjects, but diluted, easier ones. This is an enabling condition for academically weak students, so that they can at least complete their intermediate level and save the year. After that, they can opt for vocational subjects. After studying diluted (easier subjects), they will not be able to cope with mainstream subjects in class XI,” said DoE Director Sanjay Goel.

“The government introduced this system, how can they now bar students? It has constitutional obligation to provide children with opportunities… now they are being denied the same without any grounds,” said Ashok Agarwal, the lawyer for the parents in the case.

Under the Chunauti 2018 scheme, launched by the government to improve learning levels, class IX students who had failed more than once were put in the ‘Vishwas’ group. They appeared for the CBSE board exam under the patrachar mode, but many failed last year. In 2017, Education Minister Manish Sisodia had announced that students who failed twice in the class X board exam will be enrolled under NIOS, to curb control the drop-out rate. The exam held by NIOS this year saw a pass percentage of 43.