The last AC meeting, held on May 18, saw 33 AC members alleging that they had not been allowed to speak. 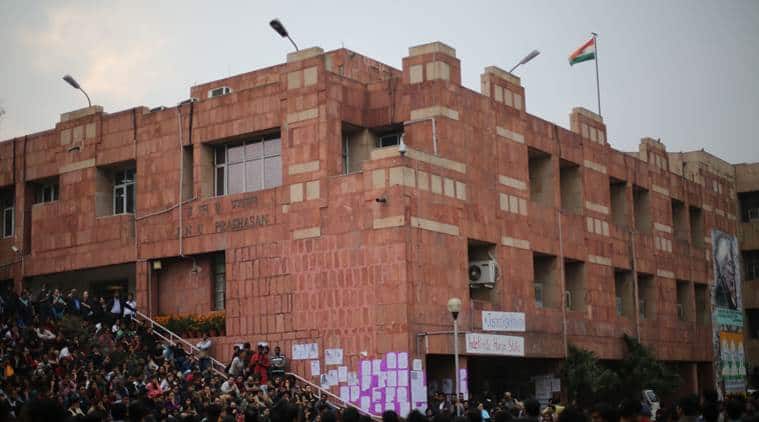 JNUTA joint secretary Archana Negi said calling JNUSU office bearers for the AC meeting was a “long standing tradition” and that barring them was “problematic” and of “utmost concern”.

In a first in recent times, the Jawaharlal Nehru University administration has barred the JNU Students’ Union office-bearers from the Academic Council meeting scheduled on July 13, because of an alleged proctorial enquiry pending against them.

In a letter dated July 9 addressed to JNUSU president Geeta Kumari, the Registrar said, “I am directed to inform you that the representatives of Students’ Union have not been invited to the forthcoming meeting of the Academic Council, to be held on July 13, as special invitees due to a pending proctorial enquiry against them for creating disruptions by marching up to the dais and using abusive language against the Vice-Chancellor.”

However, Kumari told The Indian Express that none of the office bearers had received any notice mentioning that an enquiry had been set up against them.

The last AC meeting, held on May 18, saw 33 AC members alleging that they had not been allowed to speak. “We the undersigned members of the Academic Council are shocked at the way the 145th meeting of the Academic Council was conducted, where regular members of the Council were not permitted to speak,” they had written. The JNU Teachers’ Association, too, had alleged that the meeting was “conducted by means of open suppression of dissent”.

“It’s completely unacceptable to us that we are being disallowed from attending the meeting. We will frame our reply and decide on the future course of protest. We also don’t know which proctorial enquiry they are talking about, because we have not received any notice and nothing of the sort that is mentioned in the letter took place. We never walked up to the dais or abused the V-C,” said Kumari.

JNUTA joint secretary Archana Negi said calling JNUSU office bearers for the AC meeting was a “long standing tradition” and that barring them was “problematic” and of “utmost concern”.

JNU Registrar Pramod Kumar and Rector I Chintamani Mahapatra did not respond to calls and texts by The Indian Express.