HRD ministry plans Vedic education board on lines of CBSE

Sources said the decision to start a Vedic education board, on the lines of CBSE, is based on the recommendation of Sanskrit experts and representatives of gurukuls and ved pathshalas. 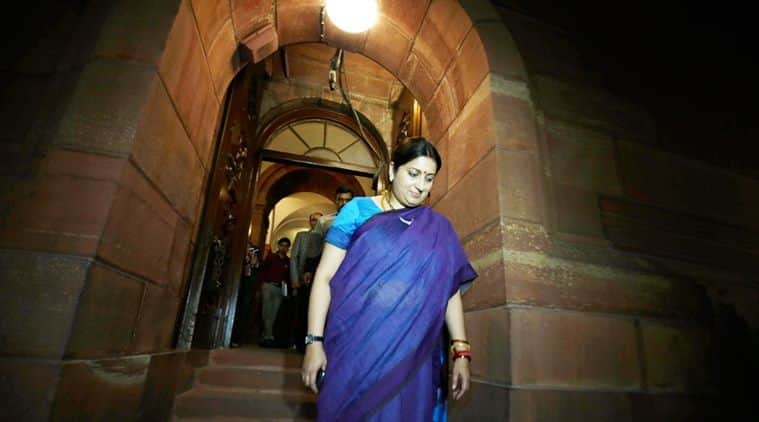 The NDA-II government has quietly scripted plans for setting up its own school board for ‘Ved Vidya’ (vedic education), even as it rejected a similar proposal moved by yoga guru Ramdev recently.

It has been learnt that the HRD ministry plans to establish an examination board under the aegis of Maharshi Sandipani Rashtriya Veda Vidya Pratishthan (MSRVVP) in Ujjain, an autonomous organisation working on encouraging and preserving ‘Ved Vidya’. A five-member government panel headed by MSRVVP Secretary Devi Prasad Tripathi has suggested an initial fund of Rs 6 crore to set up this board.

Sources said the decision to start a Vedic education board, on the lines of CBSE, is based on the recommendation of Sanskrit experts and representatives of gurukuls and ved pathshalas, who met under the chairmanship of Swami Govindadeva Giri in Bengaluru on January 17. Chamu Krishna Shastry, advisor (languages) to HRD Minister Smriti Irani, also attended this meeting.

MSRVVP in Ujjain was set up in 1987 to develop and propagate oral studies of the Vedas. It currently affiliates 450 institutions of traditional learning like pathshalas and guru-shisya parampara yojana across the country. Although this organisation has been conducting Class X and XII examinations, its certificates are not considered equivalent to mainstream levels of education by several institutions. Upgrading MSRVVP to a formal examination body, the government feels, will address the problem of recognising traditional learning.

According to experts who attended the January meeting, there are about 10,000 ‘Ved Vidya’ students at present. After the board is formed, the government estimates that another 40,000 students will join the fray.

Once set up, this will be the country’s first Vedic education board.

As first reported by The Indian Express on March 22, Ramdev had proposed a similar plan to start a Vedic education board. However, the HRD ministry is learnt to have red-flagged the proposal at a meeting chaired by Prime Minister Narendra Modi on April 13, on the ground that sanction for a private board would open the doors for similar requests from other unrecognised school boards. No private board is currently recognised by the Centre.

Speaking to The Indian Express on May 17, Irani had acknowledged that the government was looking at ways to formalise Vedic education but didn’t elaborate further.

“We are in the process of looking at some aspects containing vedic education and challenges which are attached to it, because this sector not only has no proper structure but also a lot of our wealth in vedic education is silently getting lost. Since it is in a process of consultation right now, it would be inappropriate to talk about it publicly,” she had said.