Currently, education loans up to Rs 7.5 lakh are backed by a credit guarantee fund, which means that banks do not seek any collateral for loans up to the guaranteed amount. The Centre is likely to raise the guarantee limit for education loans from Rs 7.5 lakh to Rs 10 lakh — a move that comes in the backdrop of a Government-led push for Public Sector Banks (PSBs) to increase disbursements amid complaints of delays in sanction and rejection of loan applications.

Currently, education loans up to Rs 7.5 lakh are backed by a credit guarantee fund, which means that banks do not seek any collateral for loans up to the guaranteed amount.

The Indian Express has learnt that the Department of Financial Services in the Finance Ministry has initiated consultations with the Ministry of Education on hiking the guarantee limit by 33 per cent. Such a move would bring the limit on par with the overall cover in some regions, such as Delhi and West Bengal, where state government schemes offer additional cover to increase the total guarantee to Rs 10 lakh.

“The Department of Financial Services is in favour of increasing the collateral-free limit for education loans and talks are on with the Education Ministry to agree on an increase, which could either be Rs 10 lakh or higher,” official sources said.

The Indian Express had reported on September 1 that with PSBs wary of disbursing low-value education loans citing an increase in defaults, the Government had asked them to ramp up disbursement, pointing to multiple complaints of “delays” in sanctions and denial of loans on “flimsy grounds”.

Also read |Rupee fall to hit Indian students abroad more than those who are yet to leave, say experts

An increase in the guarantee limit is expected to nudge banks to overcome any reluctance in lending amid a surge in low-value education loans turning into Non-Performing Assets (NPAs).

According to the procedure, borrowers of collateral-free loans — currently up to Rs 7.5 lakh — have to pay a nominal fee for insurance of the loan. This fee could be increased marginally to fund an increase in the loan limit, sources indicated.

The Finance Ministry spokesperson and Department of Financial Services Secretary Sanjay Malhotra did not respond to emails and a message sent by The Indian Express seeking comment on the proposed move.

Also read |Here’s how to earn an internship at United Nations; a student guides us

The Indian Express had earlier reported that banks had slowed lending on education loans leading to complaints from multiple quarters, including “VVIP references”. This had led to the Department of Financial Services calling a meeting of all the 12 Government-owned banks on August 25 to discuss education loan disbursal targets.

The Government has a target for PSBs to provide over Rs 20,000 crore as education loans for the current fiscal, with the banks achieving 19 per cent of the total target till the end of first quarter. The Government wants banks to start lending more to be able to achieve this target.

A bank representative at the August meeting had asked the Financial Services division to ensure uniformity in guarantee on education loans.

According to the minutes of that meeting, which was obtained by The Indian Express through an RTI application, the “representative highlighted that presently credit guarantee funds for education loans provide guarantee up to a loan of Rs 7.50 lakh, whereas under some of the state government schemes like Delhi, West Bengal etc, guarantee cover is available up to Rs 10 lakh”.

It was suggested that the Indian Banks’ Association “may initiate consultation with all the PSBs to explore the possibility of extending insurance coverage uniformly to all students”, the minutes noted.

About 90 per cent of education loans in the country are disbursed by PSBs. According to official data updated till June 30, 2022, about eight per cent of education loans disbursed by PSBs have turned into NPAs. In contrast, gross NPAs of the banking sector dropped below six per cent as of March 2022 — the lowest since 2016 — and net NPAs fell to 1.7 per cent during the same period, according to data cited by RBI Deputy Governor M Rajeshwar Rao in July.

Data from CRIF High Mark, an RBI-approved credit bureau, showed that the bulk of disbursal of education loans happened through the early pandemic period with more than 3 lakh new borrowers signing up between March and October 2020. There was also a disbursement of Rs 11,000 crore in loans by education companies till September-end, according to data released by the bureau in March 2022. 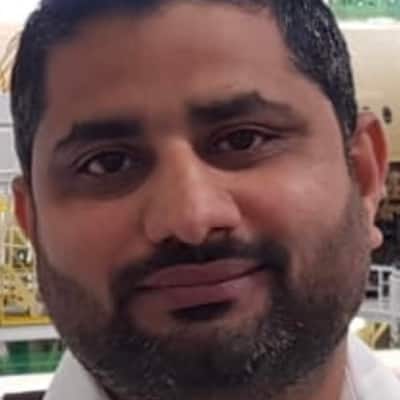