From lesser-known off-campus colleges to university’s evening colleges, DU has seen a major jump in cut-offs for all colleges as it releases the fist list for admission to undergraduate colleges 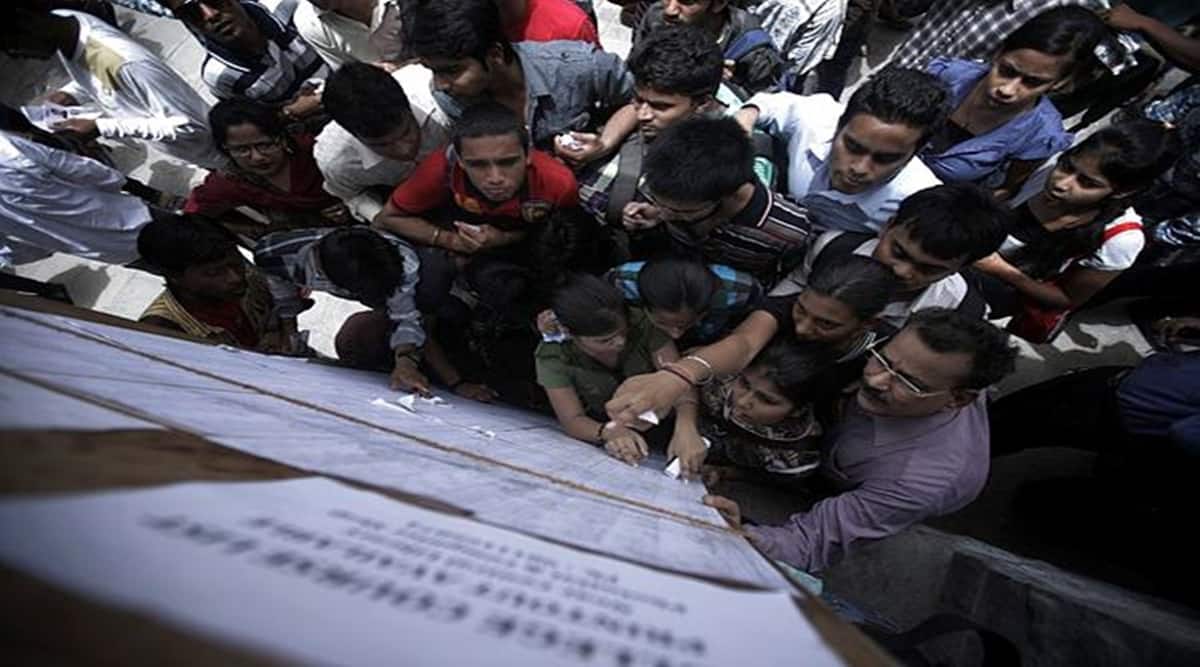 Delhi University colleges have begun releasing their individual cut-off lists. The first few lists, which came from off-campus colleges of the university show a one or two per cent increase in cut-offs for most cases.

The cut-off percentages at Aryabhatta College — one of the university’s lesser-known colleges — are soaring. The highest cut-offs there are for the BA (Honours) Economics programme with 98 per cent, up from last year’s 96 per cent. There has also been an increase by two points from 95 per cent to 97 per cent in BA (Honours) Psychology. Last year, the most popular programme during admissions across most colleges had been BA (Honours) Political Science with the maximum number of seats filled up after the first cut-off list itself. In Aryabhatta College, the cut-off for this programme has leapt to 95 per cent from last year’s 91 per cent.

The political science cut-off has also increased by 3 points in Sri Aurobindo College from 89 per cent last year to 91 per cent. The highest cut-off in the college last year was 94 per cent for BCom (Honours), followed by 92 per cent for BCom and English both. This year, however, only the English cut-off has remained the same. The cut-off for both B Com (Hons) and B Com has gone up by one percentage point to 95 per cent and 93 per cent respectively.

Cut-offs have also increased in the university’s evening colleges. At PGDAV College (Evening) the cut-offs have increased significantly. Last year, the college’s highest cut off was for BCom (Hons) at 93 per cent, followed by Maths at 92 per cent and BCom at 91 per cent. This year, the cut-off for all three subjects have gone by two percentage points to 95 per cent, 94 per cent and 93 per cent respectively.

Among the released lists, only College of Vocational Studies has not seen much change in percentages The highest cut-off of 96 per cenr for BCom (Honours), BA (Honours) Economics and BA (Honours) English is the same as last year.

In Satyawati College, the highest cut-off (96 per cent) is also for B Com (Hons) – up to one percentage point from last year. However, the biggest jump is in the History cut off which has gone up from 89 per cent last year to 92 per cent this year.

Kirori Mal College – the only prominent DU College – which had released cut-offs till Saturday afternoon, had the highest cut off for Political Science at 99 per cent – up 3 pr cent from last year. The cut-off for history which was at 95% last year has gone up to 97.25 per cent this year.

Watch: Huge elephant seal wanders off from shore into Chilean town, gets rescued by officials