Some questioned why the decision was not taken earlier, though they acknowledged that the rapidly evolving Covid situation had put the CBSE and the Centre in a tough spot. 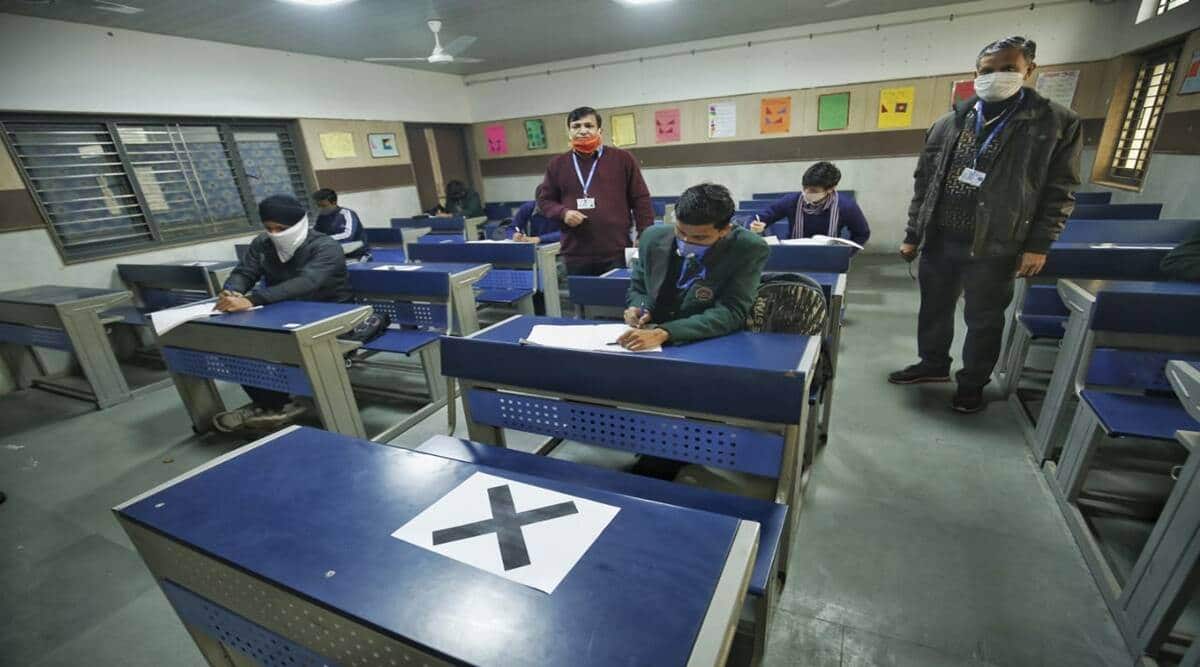 The governing body has 34 members, including government officials, heads of schools, and some representatives of universities.

The decision to postpone Class 12 CBSE board exams and cancel the same for Class 10 was taken at the highest level, between Prime Minister Narendra Modi and top Education Ministry officials, with several members of the CBSE’s governing body telling The Indian Express that they were not consulted.

The governing body has 34 members, including government officials, heads of schools, and some representatives of universities. Four of the members are from the Delhi government’s Directorate of Education. A senior official among them confirmed not being part of the decision-making process, as did a private school principal who is also a member of the panel.

Some questioned why the decision was not taken earlier, though they acknowledged that the rapidly evolving Covid situation had put the CBSE and the Centre in a tough spot.

“As far as Class 10 is concerned, the Board has said it will determine some objective criteria of assessment which has not yet been decided, and that is a good idea. But in case of Class 12, this is just a return to square one where we are buying more time so as to hold Board exams as we always do. After such a year, why should one exam determine the entire fate of our children? We saw how things panned out this year — not a day of classes was held in the traditional manner,” said a senior education official who did not wish to be named.

Several school principals said assessing Class 12 students was always going to be a challenge. Rashmi Biswal, Principal, DAV School, Pushpanjali Enclave, said: “Looking at alternative means of evaluation would have meant either online or a blended mode. But at school, even though we managed to take our teaching online, assessment is where we fell short. Despite all kinds of attempts, students found ways to circumvent different systems so we could not get an honest or foolproof assessment. So though we did have other assessments for our Classes 9 and 11 students, their final results for the year were based on the exams that they took physically while Delhi schools were open.”

On December 31, 2020, Union Education Minister Ramesh Pokhriyal had announced that CBSE board examinations for Classes 10 and 12 would be held between May 4 and June 10. “Before the exam dates were announced, we had been asked for our inputs and I remember submitting that these should start in March and end by mid-April. That went on to become the period in which we successfully conducted offline exams for our Classes 9 and 11 students and the pre-boards. But a later date was decided (for Classes 10 and 12) because there must have been other considerations of giving students more time to prepare, and I presume they had the vaccine in their mind,” Biswal said.

The head of a Delhi government school also said assessment had been a tricky issue throughout the year. “There are some students whom the teachers don’t even know. There are teachers who got a new set of students in Class 10 and the primary interaction was online classes, where we had attendance of 20-25%… There have been attempts to assess students by sending across questions and on Google Forms but there was no way to invigilate,” the school head said.

Delhi Chief Minister Arvind Kejriwal, who had appealed to the CBSE to cancel the board exams, tweeted, “It’s a big relief to 30 lakh students, their parents and teachers.”

Ameeta Wattal, Principal of Springdales School, Pusa Road, said: “Any option will be a wrong option for somebody. The whole future of learning and exams is uncertain across the world because of the pandemic. And it’s more strident in India because we are such a competitive country and all admissions and jobs and so are tied to that competition. That’s why there’s so much anxiety around exams… This is not the last exam that Class 10 students will be writing and it’s inconsequential, but for Class 12 it’s a gateway exam… I think the Board has done its bit and lots of different suggestions have been made. Children can be rest assured that the review in June and the papers that will finally be held will be in their best interest.”

Tihar looks for 3,468 inmates gone ‘missing’ while on Covid parole