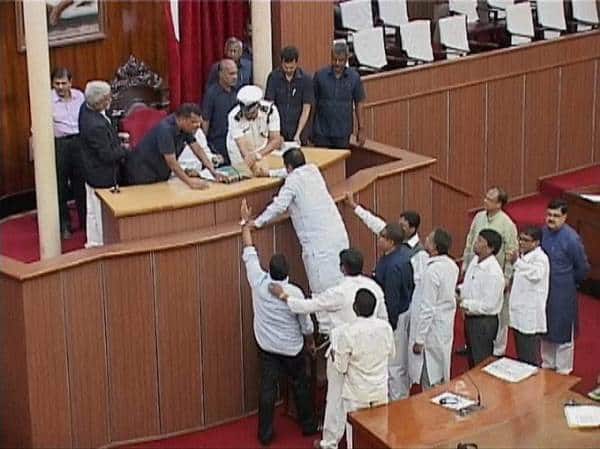 Amidst a walk out and protest by Congress and BJP members, the Odisha Assembly today passed the Birla Global University, Odisha, Bill – 2015.

The Bill, which was introduced by state Higher Education Minister Pradeep Kumar Panigrahi, was passed in absence of opposition Congress members who protested rejection of some of their amendments.

“The objective of the bill is to impart quality education in the state through the Kolkata-based Birla Academy of Art
and Culture, a non-profit making trust registered under the Indian Trust Act, 1982,” Panigrahi said.

Stating that academic activities in the proposed university would start in two years, the Minister said the
institute would become a private self-financed unitary university in the state.

There would be seven schools like management, architecture and planning, social science and humanities, law,
natural science, marine science, and communication to function under the Birla Global University, Panigrahi said.

The state government has already provided 29.4 acres to Birla Institute of Management Technology (BIMTECH) at
Gothapatna, Bhubaneswar and the promoters have created physical infrastructure to set up the institute, Panigrahi
said, adding the proposed university would be run by a board of governors, board of management, academic council and finance committee.