At the heart of the process is an unsuccessful pushback by the Ujjain-based Maharshi Sandipani Rashtriya Veda Vidya Pratishthan, an autonomous organisation under the Education Ministry, working on encouraging and preserving “Ved Vidya”. 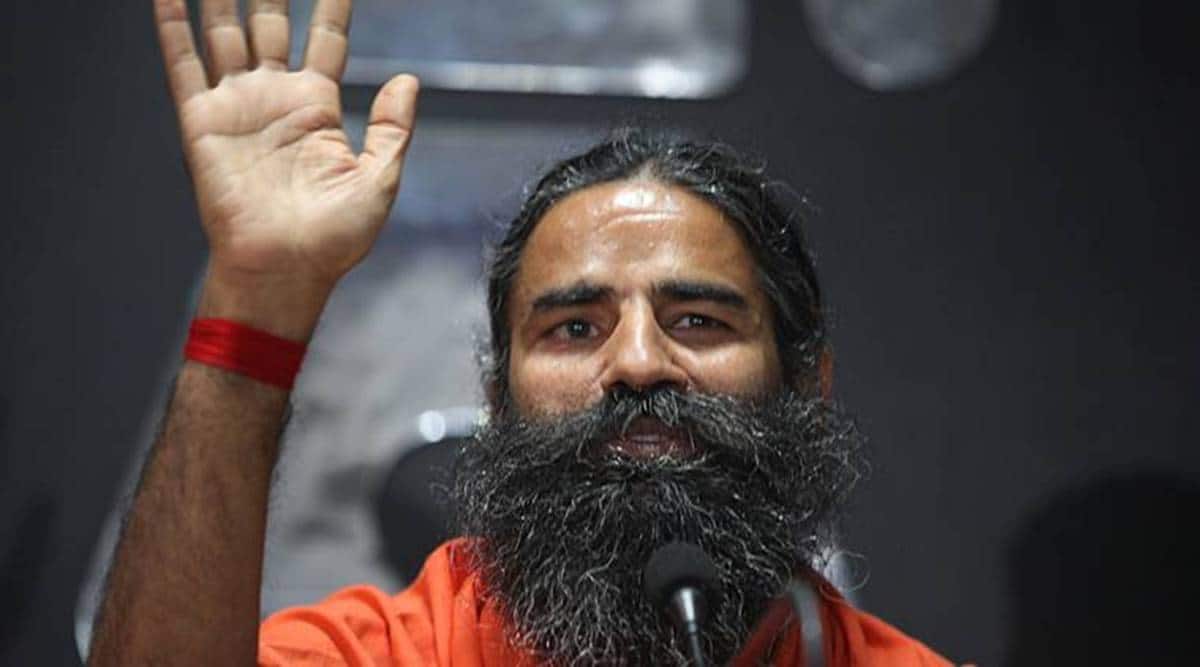 The Centre overruled objections from an autonomous institute, and changed a crucial agenda item in its council meeting records, to push the bid by Baba Ramdev’s Patanjali Yogpeeth Trust to set up the Bharatiya Shiksha Board (BSB), a national school board on Vedic education. This entire process was rushed through in two months so that the approval was in place hours before the Model Code of Conduct for the 2019 Lok Sabha elections kicked in, official records investigated by The Indian Express reveal.

At the heart of the process is an unsuccessful pushback by the Ujjain-based Maharshi Sandipani Rashtriya Veda Vidya Pratishthan (MSRVVP), an autonomous organisation under the Education Ministry, working on encouraging and preserving “Ved Vidya”.

At a meeting of its Governing Council held in January 2019, MSRVVP, which wanted to set up its own board, was asked to appoint a private sponsoring body for putting BSB in place. The meeting was chaired by Prakash Javadekar, the then HRD Minister, who by virtue of his office was also head of MSRVVP.

Explained |How and why the Govt bent over backwards

BSB was conceived to be the country’s first national school board that would standardise “Indian traditional knowledge” and “blend it with modern education” by way of drafting curriculum, affiliating schools, conducting examinations and issuing certificates.

V Jaddipal, who as Secretary, MSRVVP, is the principal academic and executive officer responsible for compliance with rules and bye-laws, repeatedly flagged legal concerns. He wrote thrice to the Education Ministry (then known as HRD Ministry) expressing his unwillingness to issue the final letter of approval to Patanjali Yogpeeth Trust to establish BSB without an “unequivocal” order from the Centre.

However, Jaddipal’s objections were ignored, and the Ministry got another officer of MSRVVP, the then vice-chairman Ravindra Ambadas Muley, to rubber-stamp the approval letter to Patanjali Yogpeeth Trust on the night of March 9, 2019, hours before the Model Code of Conduct came into effect.

When contacted by The Indian Express, Jaddipal said he did not wish to speak on the matter. Muley said he was authorised to issue the approval letter since Jaddipal was unreachable that day. When asked if he was aware of Jaddipal’s objections, Muley said he wasn’t.

Javadekar, who is now the I&B Minister, did not respond to questions sent by this newspaper and suggested that the questions be asked of the Education Ministry.

Patanjali Yogpeeth Trust did not respond to a request from The Indian Express seeking comment.

Official records reveal the sequence of events building up to Patanjali getting the BSB:

January 11 & 16, 2019: At a meeting of its Governing Council, chaired by Javadekar, MSRVVP tabled an agenda item (No. 3A) proposing to set up its own Vedic Education Board. For, students who take its Class 10 (Veda Bhushan) and Class 12 exams (Veda Vibhushan) find their degrees are neither recognised nor considered equivalent to mainstream levels of education by several institutions.

But digressing from the original agenda item, the Governing Council decided that a Bharatiya Shiksha Board (BSB) for blending Vedic with modern education be set up through open bidding. And MSRVVP was tasked to draft model bye-laws for this Board and also an Expression of Interest (EOI) to invite applications from private players. The minutes of these meetings did not record the reasons for the digression.

February 11, 2019: Jaddipal sent a written objection to the Education Ministry for changing this agenda item, from Vedic Education Board to Bharatiya Shiksha Board, in the final minutes of the Governing Council meeting. He called it “(an) incorrect reflection of the agenda”.

February 11, 2019: Standing by its change, the Ministry replied that the name of the proposed board was changed to “provide a broader base for propagation of Vedas and also to make it more popular to the younger generations”. The reply explained the Council’s decision on agenda item number 3A, but did not mention that the agenda item was tweaked in retrospect.

February 13, 2019: MSRVVP released the EOI inviting applications from private players for setting up BSB and gave only a week’s time (the norm is usually two weeks) for accepting such requests. The EOI said that the MSRVVP Secretary would issue formal orders to the selected private sponsoring body “after due approval of Government”.

February 23, 2019: A five-member expert committee, appointed by MSRVVP, found that all three applicants had a “feasible plan” for setting up BSB and were capable but it was the development fund of Rs 21 crore promised by Patanjali that tipped the scale in its favour. MAEER has promised Rs 1 crore and Ritanand Rs 2 crore.

February 27, 2019: The Governing Council, under Javadekar’s chairmanship, approved the expert committee’s recommendation for Patanjali to set up BSB. And gave in-principle approval to MSRVVP to set up its own Rashtriya Ved Sanskrit Shiksha Board, exclusively for Vedic studies. The latter is similar to what MSRVVP originally proposed in agenda item 3A for the Council meeting held in January 2019.

March 5, 2019: Jaddipal wrote to the Ministry seeking a written order from the Government before he could issue a formal letter to Patanjali Yogpeeth notifying its selection for setting up BSB. He pointed out that he was doing this on the advice of the Assistant Solicitor General, High Court, Indore Branch, who told him that the minutes of the Governing Council meeting cannot be taken as approval of the Government and that the approval has to be conveyed through a written order.

In his letter, Jaddipal said that the ASG had also advised that the proposed BSB must obtain “due approval of all concerned agencies/ authorities before it is allowed to function/ registration and create any public interest by way of collection of fees, affiliation, registration, admission, certification to protect the interest of the students”, and an undertaking be obtained to this effect.

March 6, 2019: The Ministry replied that the Council decision to approve setting up of BSB is within the MSRVVP’s mandate as per Rule 14 (iv) of its Memorandum of Association. It gave Jaddipal “permission” to issue a letter to Patanjali Yogpeeth Trust, for getting BSB going.

March 8, 2019: Jaddipal wrote to Javadekar that he had received “oral instructions” from the Ministry to issue “final orders immediately” to Patanjali Yogpeeth Trust “without approval of the government for setting up such a Board (BSB)”. The concept of blending modern education with Vedic education, he added, is outside the mandate of MSRVVP and hence needed to be approved by the Government as a new policy.

In a separate letter addressed to the Ministry, Jaddipal also wrote that the “permission” given on March 5 to issue the final letter to Patanjali Yogpeeth cannot be construed as Government “approval”. He argued that Rule 14 (iv) quoted by the Ministry empowers the Pratishthan to set up a Board to fulfil its own objectives and not for outsourcing it to a private agency upon which it has no control.

March 9, 2019: Despite these two letters, the Ministry, at 4.39 pm, emailed Jaddipal a copy of the final approval letter and asked him to issue it to Patanjali Yogpeeth Trust “immediately”. A subsequent email exchange between the Government and MSRVVP shows that Jaddipal did not respond to the instructions on email and his phone was switched off. After a few hours of back and forth, Javadekar, at roughly 7.30 pm, authorised the then vice-chairman Ravindra Ambadas Muley to issue the letter. At 8.36 pm, the final letter was sent to Patanjali by Muley.