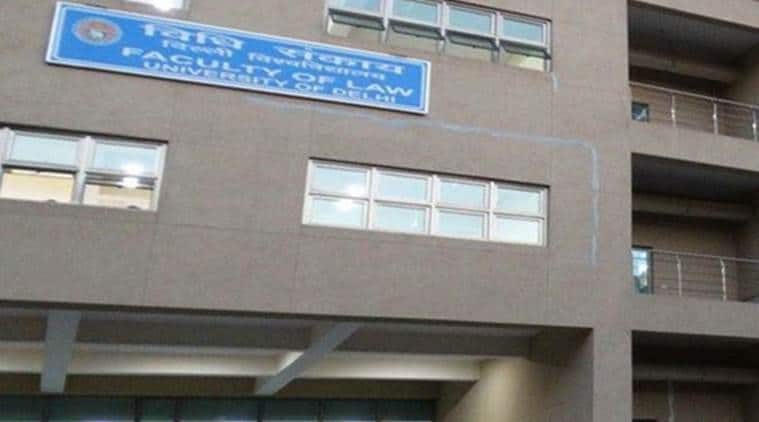 IN WHAT appears to be fresh trouble at Delhi University’s Law Faculty, the Bar Council of India (BCI) has imposed a penalty of Rs 30 lakh on it and said that the Law Faculty cannot admit more than 1,440 students this academic year. The DU department had admitted 2,310 applicants last year.

The BCI’s decision is to penalise the university for not paying affiliation fees, continuing to teach without permission and not providing adequate infrastructure in different centres. After BCI’s 2014 warning — that it would not recognise DU Law Faculty students as advocates — and a series of litigation since 2015, the university had promised to fulfill the BCI norms.

If the issue is not resolved soon, admission is likely to get delayed, and there could be fewer seats in the faculty. Although the university has shifted Law Centre-I and Law Centre-II to the new building on Chhatra Marg in North Campus, it is yet to build an additional building and building complex for Law Centre-II in Dwarka.

Before this, the Law Centre-I functioned from the premises of Campus Law Centre, and Law Centre-II from Atma Ram Sanatan Dharma College (ARSD) in South Campus. The BCI had made an exception last year and allowed the faculty to admit 2,310 applicants, as the varsity had already advertised the number of seats. The students had also held hunger strike against delay in the admission process.

In its letter dated March 27, BCI imposed a fine and said this year the Law Faculty cannot admit more than 1,440 students in all its three centres since it does not have adequate infrastructure and faculty members to cater to more students. The university has now written to the BCI, urging it to reconsider the decisions.

The Indian Express has a copy of the letter. Signed by Dean, Law Faculty, Ved Kumari and university registrar Tarun Das, it states, “…Request you to kindly waive off the penalty amount in view of the fact that the faculty is a public funded educational institution receiving grants from University Grants Commission (UGC), wherein no fund is allocated for the payment of such penalty.” Kumari refused to comment.

DU reasoned that the department should be allowed to admit more students because university statutory authorities had sanctioned the strength in three law centres. “These numbers were sanctioned much before the Legal Education Rules, 2008, came into force,” the letter points out. Student strength for LC-I (600) was approved in 1970, LC -II (400) in 1971 and CLC (500) in 1975.

On teacher recruitment, the university has said that the post for appointment has already been advertised, and the process will be completed before the start of the new academic session.

On admitting more students, DU has stated that after the appointments are completed the teacher-student ratio will be 1:19 against the present 1:43. “This is tantamount to wastage of national resources while many students await quality and affordable legal education,” the letter states.