The Partition in 1947 had left lakhs homeless, and refugee colonies were considered the way forward to rebuild lives. Khan Market, one of the most expensive markets in Asia, was one of them. 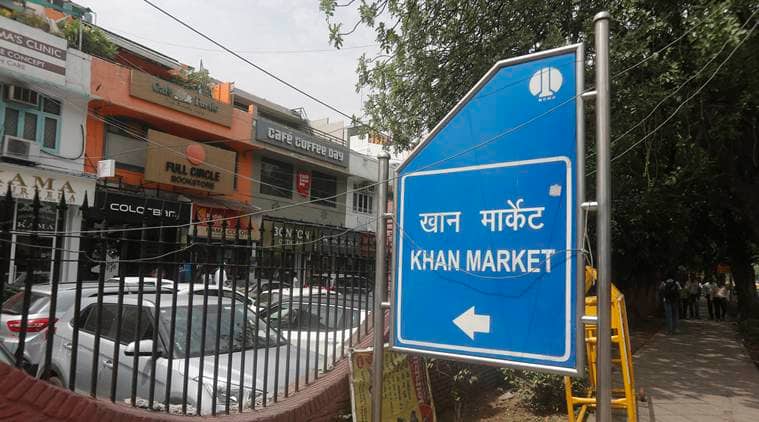 The market came up in the 1950s after Partition. (Express Photo: Amit Mehra)

The year was 1950 and Ved Marwah was 18 when he moved, by himself, to Khan Market’s flat number 59. His parents and siblings refused to leave the Rajinder Nagar house they had been living in since they reached Delhi from Peshawar in 1947.

“They didn’t want to live in a deserted place; they had no company. The market was doomed to fail, a lone photographer there would say. I lived in the house alone for a year and then my family moved to the 2 BHK in Khan Market,” recalled Marwah (86), Delhi’s former Commissioner of Police.

The Partition in 1947 had left lakhs homeless, and refugee colonies were considered the way forward to rebuild lives. Khan Market, one of the most expensive markets in Asia, was one of them.

The Ministry of Relief and Rehabilitation, headed by K C Neogy at the time, zeroed in on a stretch of land in central Delhi — with emerging neighbourhoods such as Nizamuddin, Jangpura and Lodhi Colony around it. “This market was set up for those who had been displaced; refugees who had migrated from the North West Frontier Province (NWFP). In 1952-53, my father bought the shop here for Rs 6,516 and opened a provisions store. In the 1960s, Khan Market had a grocery store, a provisions store, a tailor and a mithai ki dukaan,” said Sanjiv Mehra, president of Khan Market Traders’ Association and owner of Allied Toy Store.

In an interview to The Indian Express, Prime Minister Narendra Modi recently brought the market back into focus, when he said, “Modi’s image has not been created by the Khan Market gang, or Lutyens Delhi, but 45 years of tapasya.”

Mehra credits the success of the market to the geography — government housing such as Kaka Nagar, Rabindra Nagar and Lodhi Estate around it, and Chanakyapuri with its embassies. “Expats have always loved Khan Market; we were taunted as ‘Angrezo ki market’ by many. That perception changed when government officials and bureaucrats started visiting,” said Mehra.

Today, Khan Market boasts an array of multi-cuisine restaurants, bars, patisseries, upmarket clothing labels and its three most famous book stores — Faqir Chand & Sons, Bahrisons, and Full Circle. The first two were set up in the ‘50s. There’s also a shoe store called KK Lee, being run by a Chinese family since the ’50s.

Mamta Bamhi (49), owner of Faqir Chand & Sons, is from one of the last families still living there. “My grandfather set up the bookstore in Peshawar in 1931, and came to Delhi in 1948. Till 1951, he lived in several places in Delhi, including Rajinder Nagar, and then the Rehabilitation Ministry gave the shop and the house to him in Khan Market where he rebuilt the bookstore,” said Bamhi. She recalled her childhood spent playing in the park, which is now the parking lot in Khan Market. “Waha jhoole thay, ek fountain tha… ordinary families ki ordinary life. It’s when people started selling or renting out their homes 2000 onward that Khan Market changed suddenly. But I can’t leave… this home has nostalgia, tradition, convenience,” said Bamhi.