In a purported video from Sunday’s event, BJP MP Parvesh Verma is heard asking people to boycott a certain section of people. The sabha was allegedly called after a man was stabbed over 20 times in East Delhi’s Sunder Nagri. 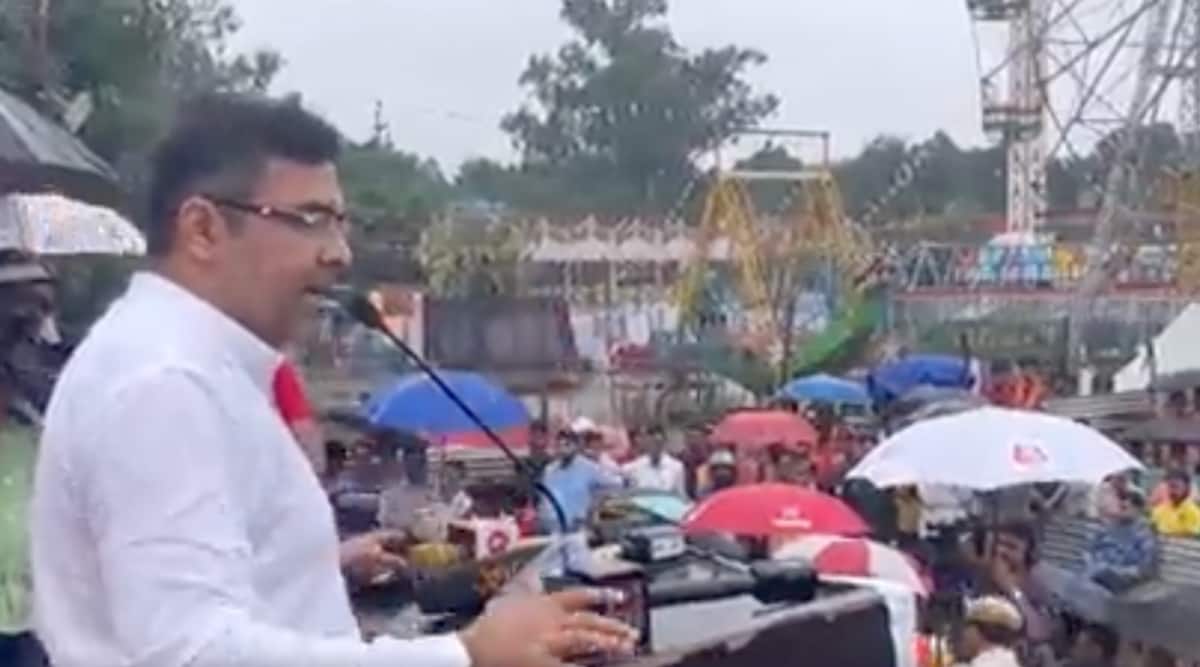 The sabha was allegedly called after a man by the name of Manish was stabbed over 20 times as he was returning home in East Delhi’s Sunder Nagri. (@ashoswai/ Twitter screen grab)

A meeting of different Hindu groups in North East Delhi’s Dilshad Garden on Sunday is under the police scanner over alleged hate speeches made there, officers said.

In attendance at the ‘Virat Hindu Sabha’ was BJP MP from West Delhi Parvesh Verma. In a purported video from Sunday’s event, Verma can be heard saying, “Wherever you see them, if you want to set them straight there is only one solution — total boycott. Do you agree? Raise your hands if you agree. Say with me: We will boycott them. We will not buy anything from their shops, we will not employ them. Just do this, this is the solution.”

The sabha was allegedly called after a man by the name of Manish was stabbed over 20 times as he was returning home in East Delhi’s Sunder Nagri. A video of the incident shows three men stabbing the victim simultaneously as bystanders watch without intervening. The police have arrested four people in the case so far — Sajid, Aalam, Bilal and Faizan. Officers said the incident was the fallout of an old rivalry.

On allegations that several speakers made inflammatory speeches at the event, Vishva Hindu Parishad (VHP) Delhi unit head Kapil Khanna said the “aakrosh sabha” was not just a meeting of the VHP but a “virat Hindu sammelan”. “I don’t know exactly what statement they have given but the VHP has always demanded in the Sunder Nagri incident that there should be action as per the Constitution,” he said.