Delhi Confidential: Not A Virtual Journey

Singh said he decided to be present since this is “about development, we need to come out of the virtual mode, and the BRO programme should have our physical presence”. 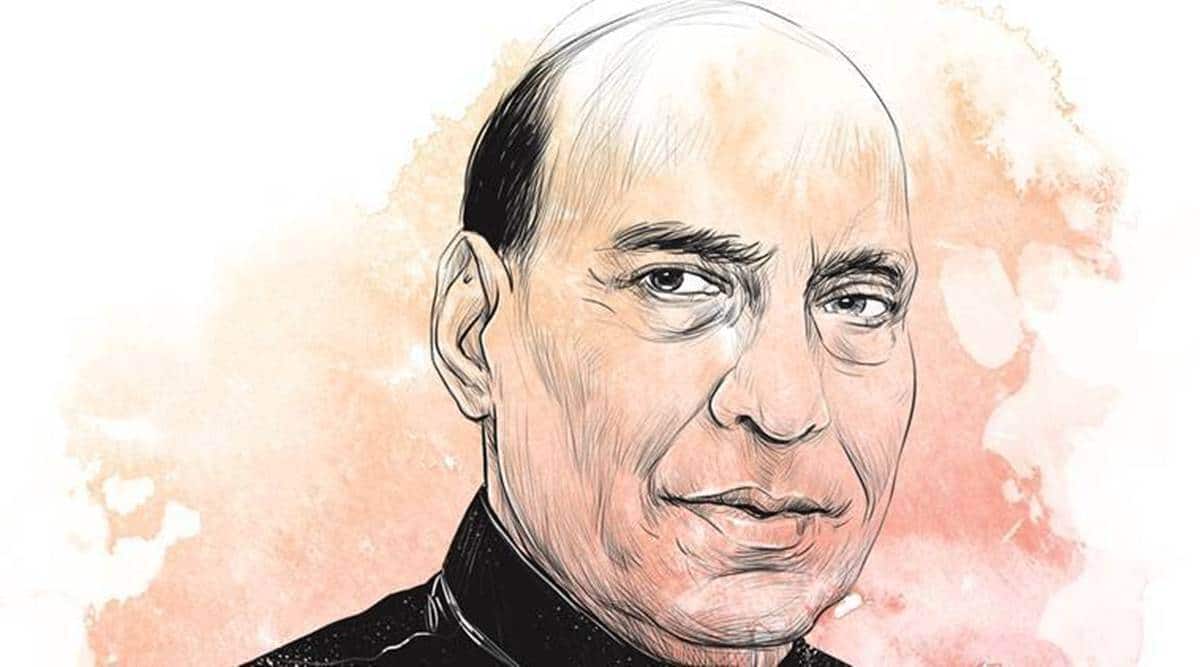 Defence Minister Rajnath Singh Thursday said his government is ready to talk to peasants if they feel there is any clause in the legislations against their interests. (File)

On a three-day tour to Ladakh, Defence Minister Rajnath Singh on Monday inaugurated 63 bridges built by Border Roads Organisation (BRO) — in Ladakh as well as in other border states and UTs. Over the last one year, most such inaugurations took place virtually, given the Covid-19 pandemic. About this “journey” from virtual to physical inaugurations, Singh said he decided to be present since this is “about development, we need to come out of the virtual mode, and the BRO programme should have our physical presence”. He said he was also present at another BRO event earlier this month in Assam, and “it will not be an exaggeration to say that the journey from virtual presence to physical presence has been completed with the help of BRO…”

Prime Minister Narendra Modi on Monday paid tributes to former Prime Minister P V Narasimha Rao on the latter’s 100th birth anniversary. He tweeted stating that India remembers Rao’s extensive contributions to national development and pointed out that the former PM was blessed with remarkable knowledge and intellect. He also shared a short audio clip of what he had said about Rao during his radio address in June last year. Many top Congress leaders, including Leader of Opposition in Rajya Sabha Mallikarjun Kharge and party’s Lok Sabha leader Adhir Ranjan Chowdhury, also tweeted on Rao. There were no tweets from either Rahul Gandhi or Priyanka Gandhi Vadra. The official Twitter handle of the Congress remembered Rao as a visionary leader who oversaw major economic transformations.

Vikas Swarup, celebrity author and diplomat, will retire at the end of this month. Swarup has always been a popular and recognisable face in Indian Foreign Service, having written the best selling book, Q&A, which was adapted into Academy Award-winning film ‘Slumdog Millionaire’. Having served as the Ministry of External Affairs’ official spokesperson and India’s envoy to Canada, he is currently posted in South Block as Secretary (West) in MEA. What he does after retirement — whether he writes more books — will be something to watch out for.

Called Out On Covid

While Supreme Court advocate Prashant Bhushan has been attacked by supporters of the government in the past, it is not often that his social media post is called out for misinformation by the platform itself. On Monday, Bhushan, known for his views against Covid-19 vaccines, tweeted that the “healthy young have hardly any chance of serious effects or dying due to covid”, and rather have “a higher chance of dying due to vaccines”. Twitter tagged this tweet as “misleading” and added links on why “health officials consider Covid-19 vaccines safe for most people”. Bhushan had tweeted that he is not “anti Vaccine per se” but believes that “it is irresponsible to promote universal vaccination of experimental & untested vaccines esp to young & Covid recovered”. He also posted that he has not taken, nor does he “intend to take any Covid Vaccine”.

Before beginning proceedings for the day, Chief Justice of India N V Ramana paid homage to lawyers who succumbed to Covid-19. The court observed silence for two minutes and the CJI said that he was pained to know that at least 77 lawyers with the Supreme Court Bar Association had died battling against the coronavirus.

India must be wary of monopolistic e-retailers