Mental health in the time of COVID-19: How Kerala is helping calm nerves, one phone call at a time

Once again, the mental health apparatus in Kerala has been sharpened and polished to deal with a new challenge, perhaps its most daunting and herculean yet: the coronavirus pandemic which has killed over 10,000 people across the world. 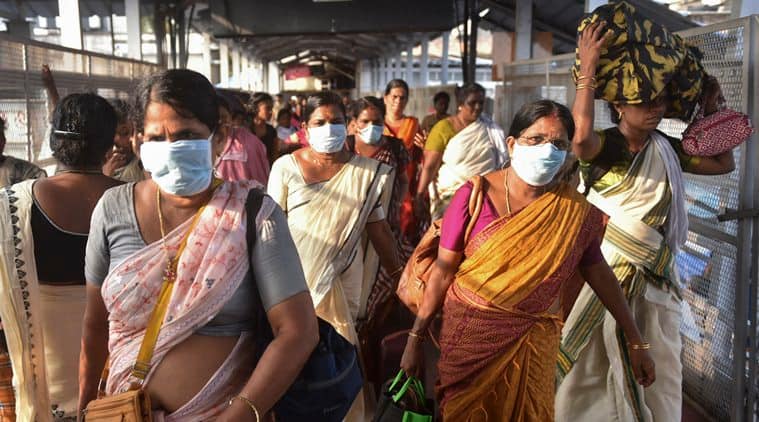 As of Friday, there were 25 active coronavirus cases in Kerala. (AP Photo/File)

The efficacy and the possibilities of the mental health apparatus in Kerala during a disaster were first put to test in the shadow of Cyclone Ockhi in 2017. The storm, one of the strongest to emerge in the Arabian Sea, had battered the southern districts of Tamil Nadu and Kerala, killing nearly 400 people. As families in fishing villages struggled to come to terms with the deaths of their loved ones, Kerala introduced psychosocial intervention to them through the services of counsellors and psychiatrists. On the phone and in-person, counsellors spoke to them on a daily basis, helping to calm their nerves, slash anxiety levels and bring them back to routine life.

A few months later, when the Nipah virus outbreak was reported in Kozhikode and Malappuram districts, the mental health machinery swung into action again, recognising the need for urgent intervention and dispelling fears within the community. Since then, every time a calamity strikes in Kerala, the efforts of mental health experts at the ground level have been lauded. Be it the torrential floods in 2018 or the landslides in northern Kerala in 2019. Listen to our podcast on how Kerala is tackling coronavirus

And now, once again, the mental health apparatus in the state has been sharpened and polished to deal with a new challenge, perhaps its most daunting and herculean yet: the coronavirus pandemic which has killed over 10,000 people across the world. In Kerala, as of Friday, there were 25 active cases.

Since February 4, when the first positive cases of coronavirus mainly among the medical student returnees from China trickled in, dozens of mental health professionals have been working in tandem across the 14 districts of the state, making fervent calls to those under isolation in hospitals and under home quarantine checking for cases of anxiety, stress and stigma. As thousands of people got added to home quarantine every day by the health department, the Kerala Mental Health Programme (KMHP) boosted its strength too. At last count on March 18, 145 professionals were faced with the task of addressing concerns among over 30,000 people. 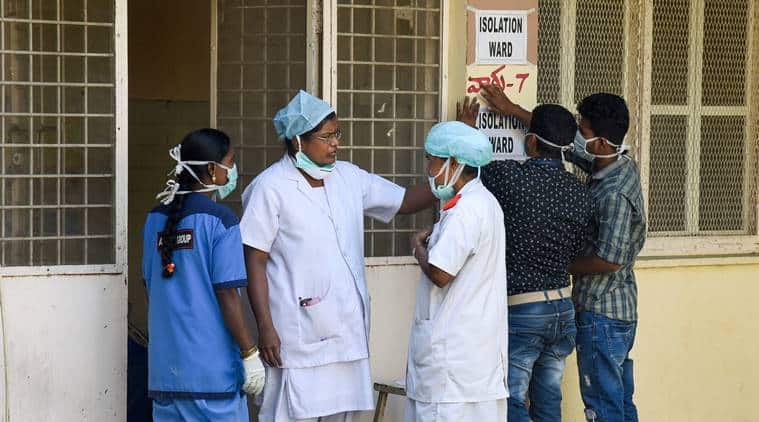 Every time a calamity strikes in Kerala, the efforts of mental health experts at the ground level have been lauded. (PTI File Photo)

“Yes, the numbers (of those under quarantine) have exponentially gone up and we have to meet the demand. So apart from our staff, we have asked for more counsellors from the ICDS, ICTC and the NHM. Within 2-3 days, they will be given the necessary training and added to our ranks,” said Dr PS Kiran, the state nodal officer of the KMHP.

Teams of counsellors, across the 14 districts, make daily ‘reassurance’ calls to those under home quarantine to get an idea of their mental status. If they need additional mental assistance, they are given a district helpline number on which their queries and issues would be sorted out by qualified clinical psychologists and psychiatrists every day from 9 am to 4 pm.

“WHO says no health without mental health. So in every case, mental health has to be given as much importance as physical health,” said Dr Muhammad Issudheen, the KMHP nodal officer in Kozhikode.

“We get cases of stigma where people feel isolated and lonely. They are scared to be branded as mental health patients and are concerned how the society would look at them. So we’re trying to tackle that with the help of community involvement.” 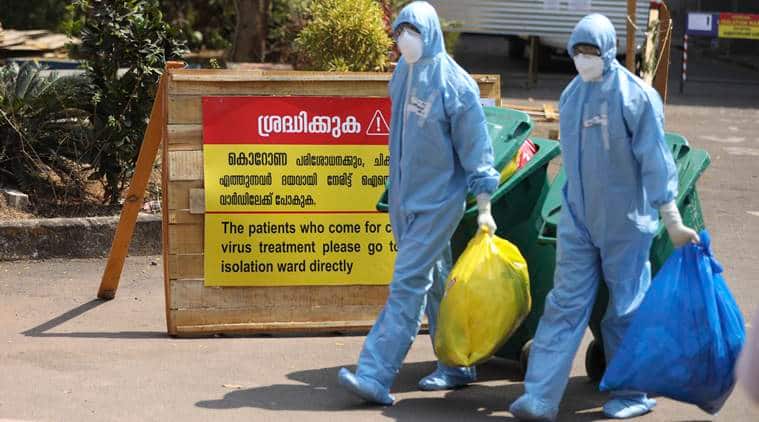 Indian workers walk with garbage after cleaning an isolation ward at a hospital for observing people suspected to have a new coronavirus infection in Kochi. (AP Photo)

Remya Raj, a social worker with the KMHP in Kozhikode, said it is reassuring that just about 5% of the people they call report symptoms of anxiety and stress. “We provide relaxation therapy for them over the phone through breathing exercises. At the start of February, when the first couple of cases of coronavirus came up, we had made a video on reducing stress through breathing exercises. So we send it to them on WhatsApp,” she said.

In some rare cases, Raj said a few people have reported how their neighbours and relatives are spreading fake news that they have tested positive. “They talk about how the locals are isolating them. So we try to talk to them and reduce their stress,” she added.

Dr Muhammad chimed in, “We advise them to keep in touch with their friends using social media, maintain a balanced diet, have adequate sleep and do routine exercise if possible. We tell them about the importance of quarantine and that they have a commitment to society by keeping themselves and others safe.”

The cost of reaching out to hundreds of families in this way is certainly herculean, admits Dr Muhammad, but one that’s critical to keeping the public spirits up during a crisis like this. Between Feb 4 and March 18, mental health teams in Kerala made a total of 14,286 calls to quarantined persons, a large section of which were made in the last few weeks.

That such intimate guidance and counselling is finding resonance is testified from the words of Kerala’s first coronavirus patient after she recovered from the illness. “In my 25 days in isolation, there were times when I would feel depressed. She (the health inspector) would call and comfort me then. I was in touch with her from the time I had returned from Wuhan and both of us got very close. I would also speak to the counsellors who would cheer me up,” she was quoted saying by The News Minute.

Dr Kiran said many in quarantine are actually startled to get enquiries on their mental state. “These are educated people who live in developed countries like Italy and France. They are not aware how advanced our health system is. They are surprised that we provide psychological support too (during a crisis like this).”

“When disasters strike, there should always be a team conducting psychosocial intervention. It’s a must,” he added.

Early this week, Dr Kiran realised his efforts were in the right direction when he got a call from the health authorities in Delhi. “In Delhi, a man had recently committed suicide after being taken to test for coronavirus. They wanted to know more about what we were doing,” he smiled.