The two women from Ernakulam district were allegedly murdered by a couple as part of a suspected ‘witchcraft ritual’ for financial prosperity, as per the police. 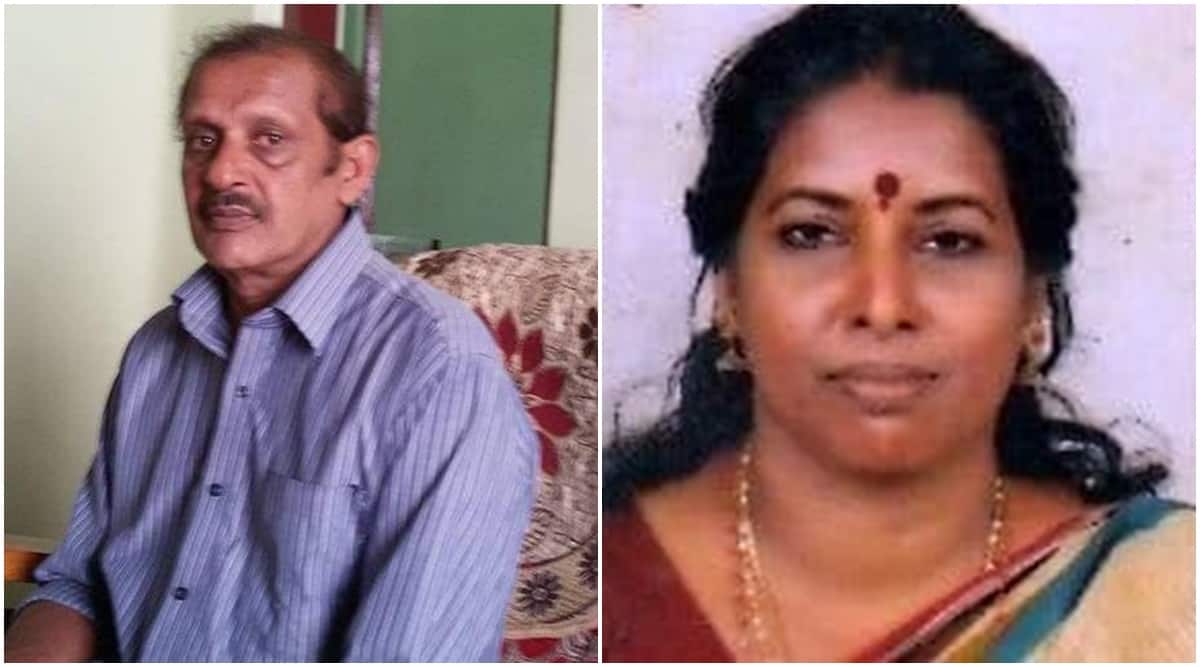 The police have taken a couple, Bhagaval Singh and Laila, into custody from Elanthoor. (Sourced)

Two women in Kerala were allegedly abducted, beheaded and buried as part of a suspected ‘witchcraft ritual’ to gain financial prosperity at Elanthoor village in Pathanamthitta district, the police said on Tuesday, adding that one person has been arrested in the case while two others are in custody.

While the police took Bhagaval Singh, a traditional healer who used to attend to patients at his home, and his wife Laila, into custody from Elanthoor, a person named Shafi alias Rasheed from Perumbavoor was arrested.

The residential plot in Elanthoor in Kerala’s Pathanamthitta district where the women were reportedly beheaded and their bodies buried. (Sourced)

“He is the first accused in the case. The arrest of the healer and his wife would be recorded soon. The women were taken to the healer by Shafi on the promise of money. They adopted a very cruel method to kill the women,” Kochi City Police Commissioner C H Nagaraju said.

“We suspect that a ritualistic human sacrifice has taken place. We have to exhume the bodies of the women. The women were beheaded and their bodies were buried at Elanthoor in Pathanamthitta,” he added.

The police have initiated steps to exhume the bodies. “This is not going to be an ordinary missing case. This is a very complicated case with many layers,” Nagaraju said.

According to the police, two lottery vendors from Ernakulam district named Roslin and Padma were reported missing in June and September, respectively. The police learnt of the ‘human sacrifice’ as part of their investigation into Padma’s case.

Police commissioner Nagaraju said the main objective of the human sacrifice was the couple’s financial prosperity. “We have already got the confessional statements of the couple and the agent. The women were killed by the couple in a very cruel manner. The couple had been facing a financial crisis and they decided to sacrifice the women to appease God and come out of the crisis,” Nagaraju said. The bodies, reportedly chopped into pieces, were buried on the farmland adjacent to the couple’s house, he added.

On September 26, a woman named Palaniyamma filed a complaint at the Kadavanthra police station, under the Kochi City police, reporting her sister Padma missing. Padma hailed from Dharmapuri in Tamil Nadu but had been staying in Kochi for the last few months. An analysis of mobile phone records led the police to Shafi. The police took Shafi into custody and his interrogation led to the expose of the twin murders.

It was on June 8 that Roslin, 49, went missing. A lottery vendor at Kalady in Ernakulam district, she was staying with her partner. Her daughter Manju, who works as a teacher in Uttar Pradesh, came to Kerala and filed a complaint with the Kalady police on August 17. However, the Kaladi police failed to find any leads.

Shafi allegedly exploited the financial constraints of the two women and lured them to Singh, the police said. According to the police, Shafi had befriended Singh through social media after creating a fake profile. A preliminary probe has revealed that Shafi made the couple believe that a human sacrifice would bring them financial prosperity, the police said, adding that he brought the women to the healer’s house and also doubled up as a black magic practitioner. The police are also checking if Shafi pocketed money from the couple to bring the women to them.

Singh, whose family are traditional healers at Elanthoor, has an active social media presence and has thousands of followers. Locals said that he was an active CPI(M) worker. Singh used to post haikus on his social media pages and even used to conduct classes on haiku poetry.

Selena Gomez My Mind and Me trailer: A deep dive into the popstar’s battle with mental health. Watch