🔴 Observing that there is no public interest behind the plea, the court directed the petitioner to pay a fine of Rs 1 lakh. 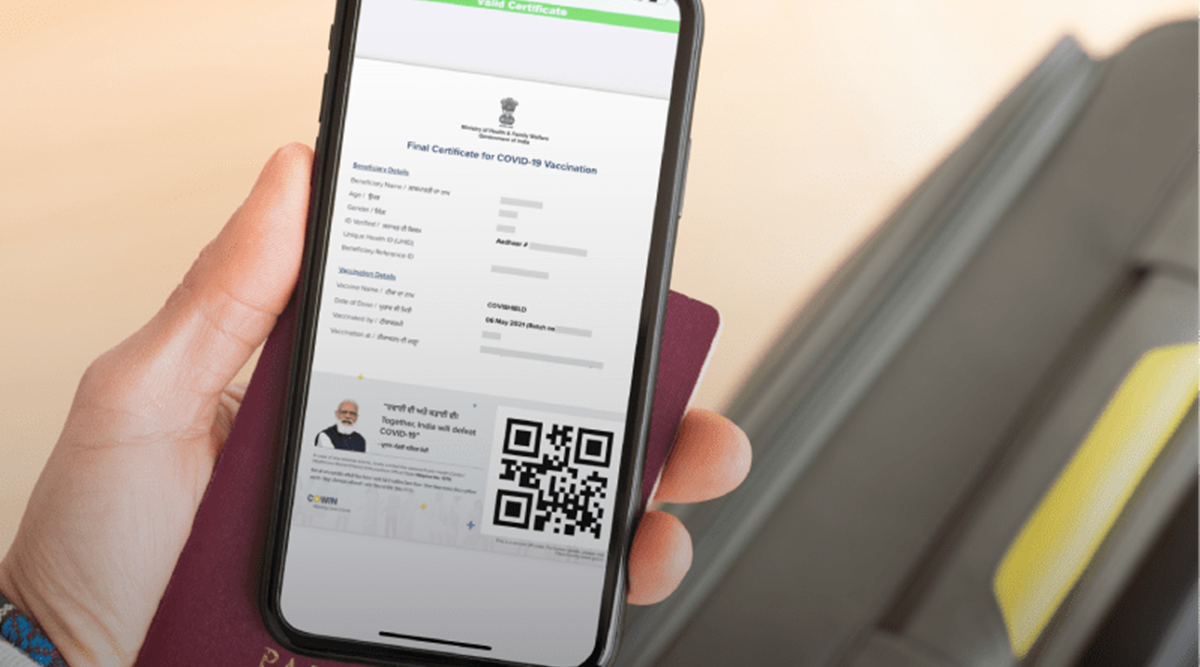 The plaintiff had sought from the Union government a vaccination certificate without a photograph of the Prime Minister, but did not get any response. (cowin.gov.in)

Saying it is the “duty of the citizens to respect the Prime Minister of India”, the Kerala High Court on Tuesday dismissed a plea challenging the use of Prime Minister Narendra Modi’s photograph on Covid-19 vaccination certificates and imposed a fine of Rs 1 lakh on the litigant.

The petitioner, Peter Myaliparambil, an RTI activist and one of the State Coordinators of the National Campaign for the People’s Right to Information (NCPRI), had argued that carrying the photograph of the Prime Minister in the vaccination certificate is an intrusion of his privacy.

The petitioner pointed out that even on the birthday of the Prime Minister a nationwide campaign was carried out calling for a record number of vaccinations to be administered as a gift to the person who was given free vaccines to India.

“The presence of the photograph of the PM in Covid-19 related campaigns and messaging in public places including Railway Stations, Airports, Post Offices, Banks along with the same messages in public websites and social media handles of Government entities, all with photograph and name of PM seems to him, to be designed not for a health campaign. It is an effort to show the campaign as a one man show, propaganda to project an individual at State expenses.’’

Advocate Ajit Joy, who appeared for the petitioner, argued that the photo of the Prime Minister in the certificate has no utility and relevance. The petitioner considered the photograph of the PM as a needless intrusion into the private space of the petitioner.

The petitioner said he has a free speech right protected by Article 19 of the Constitution of India against compulsory and forced listening.

Coming down heavily on Myaliparambil, the court said he “should study the respect to be given to the Prime Minister and others by watching at least the parliamentary proceedings, which are available live on national TV.”

“The Opposition leaders will object to the policies of the Government with vehemence. But they will address the Prime Minister as the ‘Hon’ble Prime Minister’,” the court said.

Asking the petitioner to “study the history of Indian democracy”, the judge recalled that when Jawaharlal Nehru came to power in the first General election with a massive majority, the second-largest party after the Indian National Congress was the Communist Party of India with 16 members, “which, of course, is not enough for getting the post of Opposition leader.’’

“Even then, Nehru accepted the leader of the Communist Party of India as the Opposition leader and used to hear him patiently in Parliament. A K Gopalan, who is popularly known as AKG, in one of his parliamentary speeches, said that ‘My English may be broken, but the cause I represent never’ and a scholar like Nehru used to hear such speech from him patiently… Mutual respect is part of democracy. If that is not there, that will be the black day of democracy,’’ the court said.

Speaking to The Indian Express, petitioner Myaliparambil said he filed the plea against the PM’s photograph on the vaccination certificate because it is a “personal document”. “It is not a public document where you can carry photographs of those in power. I will move an appeal against the single bench verdict,” he said, adding that he has been getting a lot of support since the High Court verdict came out. “People have called me expressing their readiness to contribute to the fine of Rs 1 lakh imposed on me. Some of them said they would start a one-rupee challenge to contribute towards the fine,” said Myaliparambil, who has told the court that he is an extension faculty of the Kerala Institute of Local Administration and state-level master coach of the Jawaharlal Nehru Leadership Institute, New Delhi.

Last week, while hearing the petition moved by Myaliparambil, the High Court had said, “Why are you ashamed of your PM? Everyone has different political opinions, but he (Modi) is still our Prime Minister.’’

The court had also said that the petitioner is wasting the court’s time and that 100 crore people don’t seem to have an issue with the PM’s photo on the vaccination certificate. “So why do you? I am just trying to understand,” the court had said.