“There is no ‘love jihad’. It is a Sangh Parivar agenda targeting minorities. George M Thomas’ statement was only a slip of tongue. He has understood it,” CPI(M) Kozhikode district secretary P Mohanan told The Indian Express. 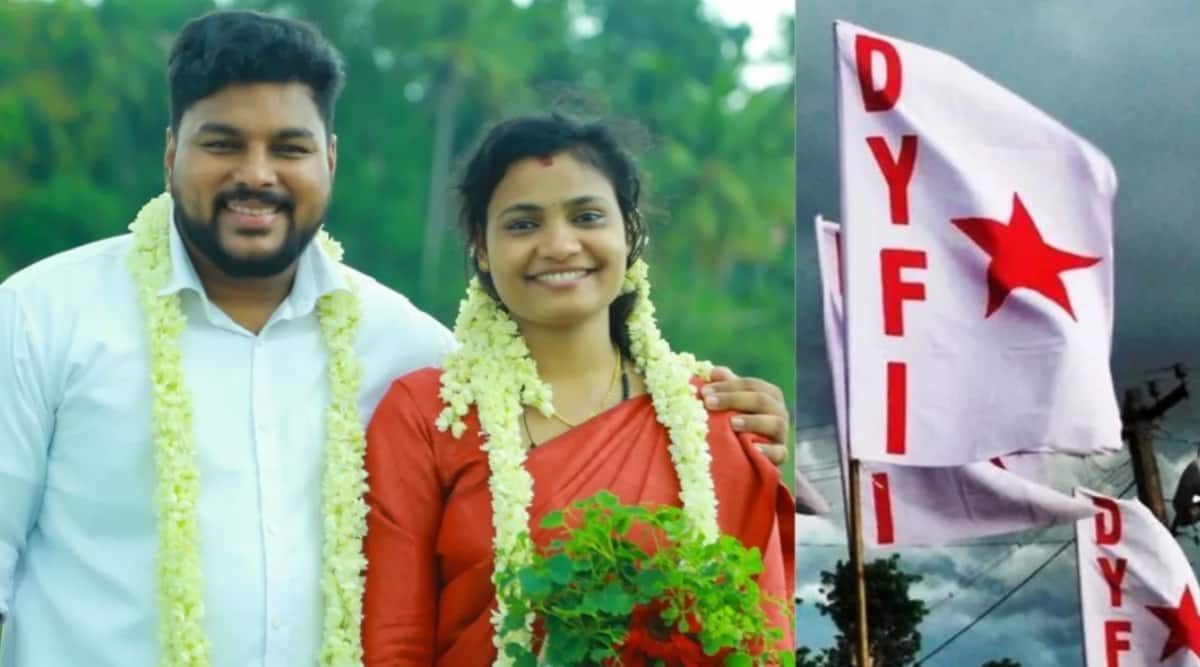 With a section of the Catholic community seething, the CPI(M) has convened a meeting in Kodenchery on Thursday to explain its stand on the matter. (Source: IeMalayalam)

A day after one of its senior leaders waded into a controversy over a party youth worker’s interfaith marriage, the CPI(M) on Wednesday claimed that the leader misspoke.

“There is no ‘love jihad’. It is a Sangh Parivar agenda targeting minorities. George M Thomas’ statement was only a slip of tongue. He has understood it,” CPI(M) Kozhikode district secretary P Mohanan told The Indian Express.

On Tuesday, Thomas, a Kozhikode district secretariat member and two-time MLA, alleged that Democratic Youth Federation of India (DYFI) leader MS Shejin’s marriage to Joysna had disturbed communal harmony in the district’s Kodenchery area — Shejin is Muslim and the woman is from the Catholic community. In response, the party’s youth wing issued a statement reiterating its support for interfaith and secular marriages.

The row began on April 9 when Joysna, who works as a nurse in West Asia, eloped with Shejin. The couple went into hiding following protests from a section of the local Catholic community that, backed by priests and various organisations, marched to the local police station and demanded that Joysna be tracked down. The woman’s parents also filed a police complaint.

In the meantime, the couple posted a video on social media in which Joysna refuted that she was abducted and said she had married Shejin of her own will. The two also released photos of their wedding. On Tuesday, the couple turned up at a magistrate court in Thamarassery. There, Joysna expressed her desire to continue living with Shejin.

Initially expressing reservations about the marriage, Thomas said, “The party is with the sentiments of the parents of the woman. In the existing scenario, Shejin has adopted a wrong stand. The party will examine it and take action against him.”

In response, the DYFI said in a statement, “The controversy over the marriage of the DYFI leader is unfortunate and unwarranted. It is the personal choice of two adults. DYFI is an organisation that has launched a website to promote secular marriages and encourage interfaith relations. The marriage of Shejin and Joysna is a model for all those who maintain a progressive approach. The organisation will give support to the couple.”

Thomas on Wednesday said the CPI(M) always encourages interfaith marriages. “Party has made its stand clear. Had the DYFI leader informed the party about his marriage, the party leadership would have extended all its support. They should not have eloped in this manner. This has hurt Christian sentiments in the region,’’ he added.

With a section of the Catholic community seething, the CPI(M) has convened a meeting in Kodenchery on Thursday to explain its stand on the matter. The party currently holds the Thiruvambady constituency of which the panchayat is a part. Though traditionally Kodenchery and Thiruvambady have been Congress strongholds — the party’s ally Indian Union Muslim League (IUML) won the seat in 2011 — the Left won the last two Assembly elections with significant support from the Christian community.

Meanwhile, state BJP president K Surendran had reacted to Thomas’ initial comments saying it had to be seen how long the former MLA would remain in the CPI(M). “He will have to either retract his words or quit the party. It is quite interesting how things are evolving in the CPI(M) over the issue,” he added.