Pointing out that the Governor is the appointing authority of V-Cs, Kerala Chief Minister Pinarayi Vijayan said that if the appointments are illegal, the Governor himself is responsible for it. 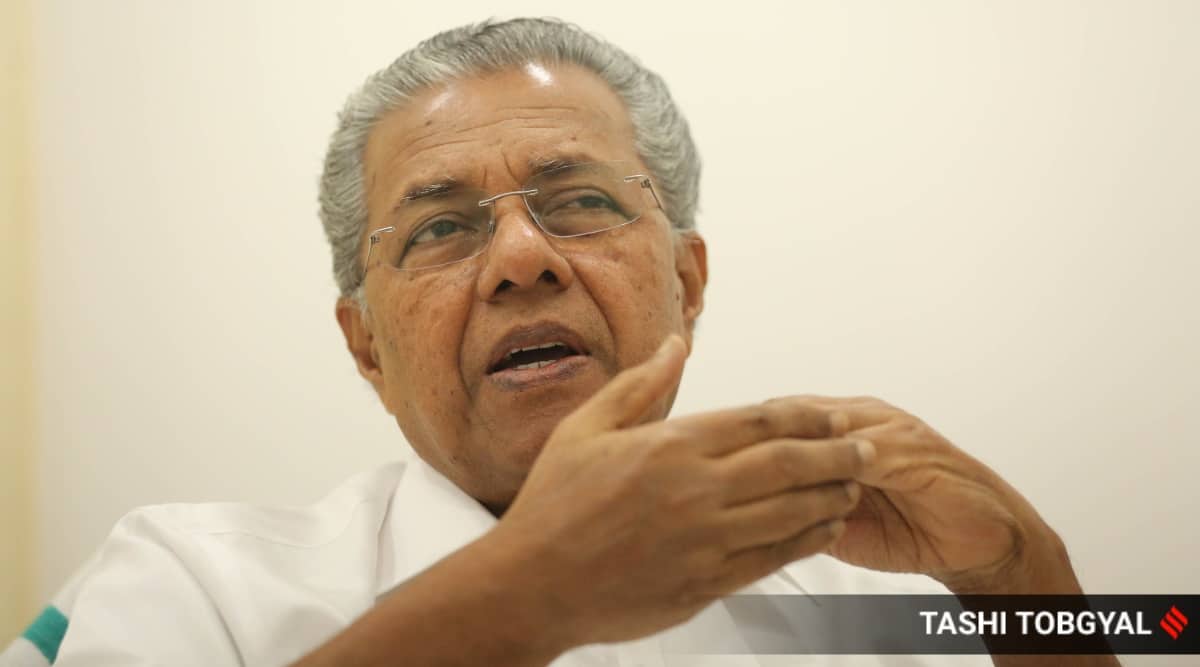 Vijayan said the office of the Governor is not meant to exert pressure on the government. (Express photo by Tashi Tobgyal)

A day after Kerala Governor Arif Mohammed Khan sought the resignation of the vice-chancellors of nine universities in the state, Chief Minister Pinarayi Vijayan said Monday that the Governor was abusing the powers of the Chancellor.

Addressing mediapersons in Palakkad, Vijayan said, “If the Governor has found the appointment of the nine V-Cs to be illegal, he is responsible for that. The Governor is the appointing authority of V-Cs. He is responsible if the appointments are illegal. Let the governor think who should quit, whether he or the V-Cs. The governor is acting at the behest of the Sangh Parivar. He is acting with a destructive mentality.”

Khan’s latest move has further strained the relationship between the Governor and the state government. He had sought the resignation of the nine V-Cs relying on last Friday’s Supreme Court verdict that the appointment of the Vice-Chancellor of APJ Abdul Kalam Technological University in Thiruvananthapuram was “illegal” and “void ab initio” as it flouted norms set by the University Grants Commission (UGC). Other universities on the list include the University of Kerala, Mahatma Gandhi University, Cochin University of Science & Technology, Kerala University of Fisheries & Ocean Studies, Kannur University, Sree Sankaracharya University of Sanskrit, University of Calicut and the Thunchath Ezhuthachan Malayalam University.

Vijayan said the office of the Governor is not meant to exert pressure on the government. “He (Khan) is abusing the office of the Governor. It is unconstitutional and against the essence of democracy. His directive to V-Cs is an encroachment upon the academic freedom of the universities and the powers of a democratically elected government. Do not think that you can exercise the powers which you do not actually have. It is equal to the foolishness of a lizard which thinks that it is holding up the ceiling. The Governor should understand the limitations of the Governor’s power, which is a remnant of the colonial era.’’

Referring to the LDF’s proposed agitation in front of the Raj Bhavan on November 15, Vijayan warned that “in democracy, there would be protests”. “It is better to understand that the protest should be faced,” he added.

Vijayan said the Supreme Court judgment did not say that the KTU Vice-Chancellor had no academic qualifications. “The court stated only one procedural issue. There is an opportunity to file a review petition against that judgment. However, the Chancellor is using this situation to destabilise the entire university administration in the state. There is a violation of natural justice in this intervention. He had issued a directive to the V-Cs to quit their office without giving them an opportunity to be heard,” he said.